Tokyo's hottest tapas bar is called Ahiru, in Shibuya. It's supposedly the best bar in Tokyo. 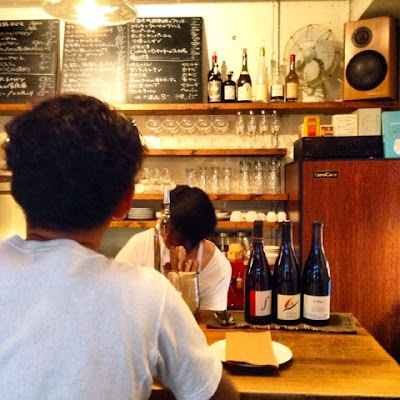 So Mr. N just came back from a four-day business trip to London today and we were supposed to have dinner.

We made dinner plans and as it was early still, we decided to take a walk around my neighborhood. 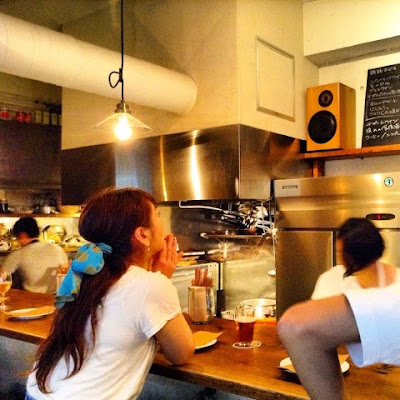 Since I moved out of Tokyo, my general neighborhood, which has always been nice but on the very reserved side rather than on the creative side, suddenly sprouted a couple of very cool streets along its perimeters.
MY NEIGHBOURHOOD
IS TOKYO CENTRAL

I live in a very quiet all-residential area on top of a hill in the centre of town, and one of the streets at the bottom of this hill is very quickly turning into Tokyo’s Cool Central.

Monocle — yes, the magazine — has lifestyle stores all over the world, and it opened its Tokyo store on this street. There are also a whole bunch of new cool shops, restaurants and cafes that I still haven’t gotten to exploring on foot yet, even if these are all about a five-minute walk from me.

I drive past all these places almost everyday when I’m in Tokyo, but I’ve never actually gotten around to entering any of these places.

So tonight, that’s what I wanted to do before dinner, in Tokyo, living a #Travelife. 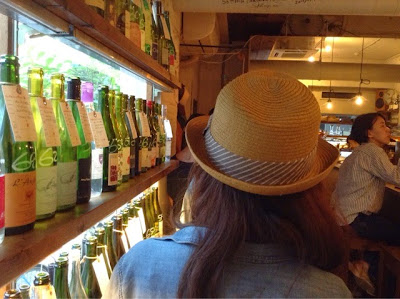 While I was checking out the Monocle shop, Mr. N walked over to a bar called Ahiru to have a closer look at it.

It’s been on this street for about three years now, and whenever I drive past it in the evenings, it is teeming with people. 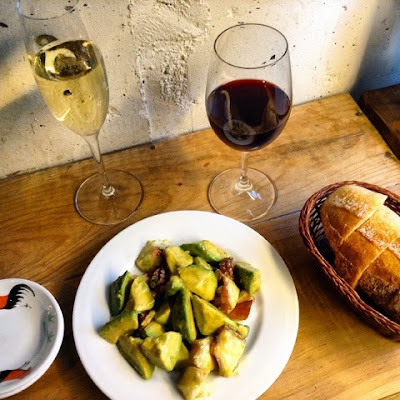 Apparently it is almost impossible to get in, unless you snag a reservation for one of its 15 counter seats or standing spaces, or unless you’re willing to wait outside in line for a few hours.

So, I’d never been and neither had Mr. N.

When Mr. N entered Monocle, coming from Ahiru, I said: “So how was Ahiru up close?“ 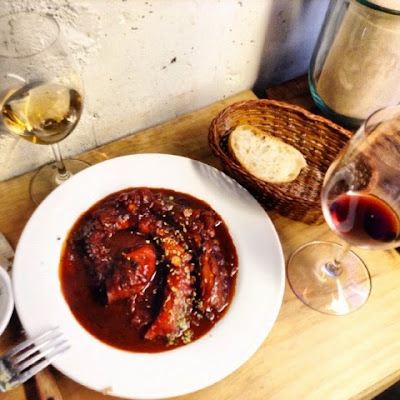 
This was almost a rhetorical question as it’s always, always full; but it was 5 PM after all, which is way too early for dinner, so I thought I’d ask.

He replied: “Not as far as I could see.“

That was all I needed to know.

To his surprise, I suddenly said: “What are we waiting for? Let’s go.“

Fortunately, he was game. So we canceled our existing dinner plans just like that and headed straight for Ahiru. It was now or never, after all, as I am so not the kind of person to line up for hours outside just to get a seat at a hot restaurant. 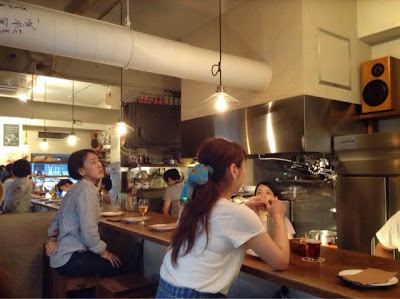 The bar wasn’t full, but all the seats at the counter were taken by diners or actually already reserved at 5 PM. So technically, it was full and no counter seats were available.

And so were the three standing tables lined up by the window, which were really three empty wine barrels stacked up on empty crates.

We got the last standing table in the house, in a quite cramped corner by the door. But at least we got in. 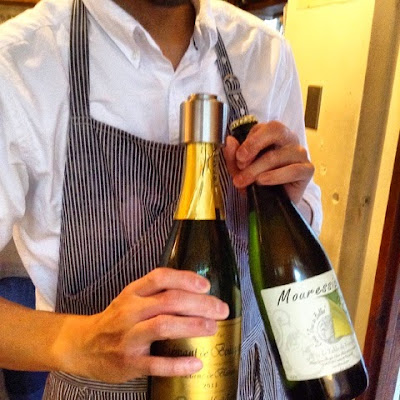 The wines were garage-type wines at fairly reasonable prices by Tokyo standards, and the food was basically French bar food served tapas-style.

Everything we had was very good, especially an avocado and octopus dish, which was a pretty unusual combination that worked.

We ordered all the most popular dishes and we were fairly stuffed by the time we walked out — and I sneak-peeked at the bill and saw that Mr. N paid all of 15,000 yen (US$150) for all that food and wine, which makes it pretty good value in this part of the world.

FRANCE & SPAIN FOR A NIGHT 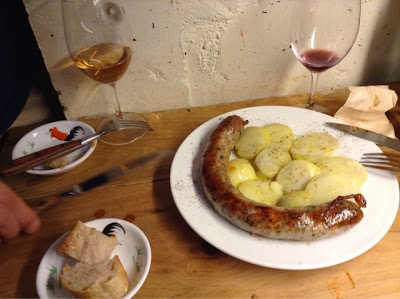 The service was casual and fun, and the vibe was youngish and hip. This bar has been topping all the rankings, surveys and “Best of” lists in Tokyo, and getting rave reviews by Japanese.

It was quite a nice experience, and I was glad to finally get into the hottest bar in Tokyo, especially as it is only a five-minute walk from my house.

I felt like I had spent one delicious evening somewhere along the border of France and Spain, living a never-ending, and never-endingly eventful #Travelife.