I started today in Manila, living a Travelife, with a nice mid-morning coffee-and-cake party at the home of the Ambassador of Singapore.

His wife, Madame Mano Hirubalan, had invited some ladies to coffee and tea, and we had a very nice time exchanging pleasantries and all kinds of information over delicious cakes, fruits and dainty sandwiches. 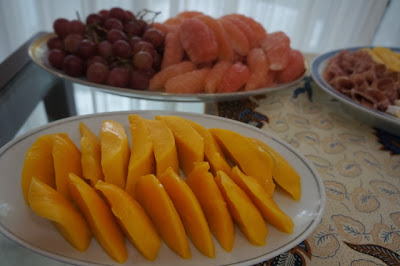 Madame Hirubalan said that she put out a cheese and cold cuts platter precisely because she knew I was coming, as I tend to watch what I eat whenever I can.

But everything was so good that I actually had two servings of almost everything, including the sinfully luscious croughnuts and a great mango tart.

COMING UP: OUR THICKEST ISSUE EVER

Then I worked hard for the rest of the afternoon, closing the last issue for the year of Travelife Magazine.

It’s a record breaker this time around again, and we are putting to bed our thickest issue ever.

Yes, Travelife Magazine keeps going from strength to strength, and it keeps getting thicker and better. Our new issue will be on sale everywhere from December 15. 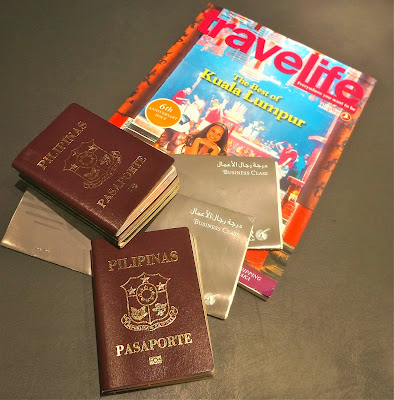 When I had some time later in the day, I emailed some more nice photos to the Travel Companion, from our recent trip to Tanzania.

They’d been in a folder on my computer desktop, but I hadn’t had a chance to send them until today.

He immediately replied, with a smiley face: “Are you reminiscing again?“

I replied within a split-second: “Of course not.“

When the teasing eventually subsided, he actually asked me seriously: “Which trip did you like better? South Africa or Tanzania?“

We’d done trips to both countries together, after all.

I replied: “It’s impossible to compare. Both are so different.“

South Africa had everything we wanted, including good food and wine, and lots of culture and shopping.

Meanwhile Tanzania was an exciting trip completely out of our comfort zone, in a way, although we did stay in some of the most fabulous places in that side of the world.

And both trips had been really fun. The Travel Companion made me laugh most of the time.

HAPPY BIRTHDAY TO THE KING OF THAILAND

Then tonight, I headed to the Dusit Thani to attend the cocktail party hosted by the Ambassador of Thailand in honor of the birthday of the King of Thailand.

It was a very well-attended event, with a wonderful spread of Thai delicacies.

Thailand is quite special to me as I’ve been going there ever since I can remember.

I’ve also had the honor and pleasure of dining with two of the King’s daughters on two separate occasions for a sit-down dinner. Both of them were extremely gracious, charming, well-versed and very intelligent.

And with this party, another nice day ended in my never-ending, and never-endingly eventful Travelife.