Dubai and the Dubai Mall. What a city, what a shopping mall. 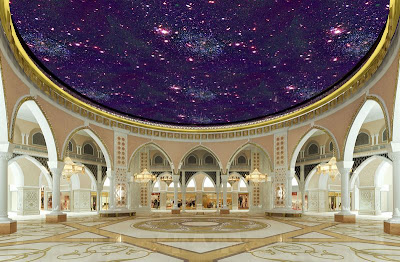 In Dubai, living a never-endingly eventful Travelife, a necessary stop was the Dubai Mall next door for some serious retail therapy.

The Dubai Mall is reportedly among the largest shopping malls in the world.


It’s certainly among the glitziest and most beautiful ones. We’re talking artwork and intricate design everywhere.

They also have an outlet of almost every single famous brand I can think of — whether high-end or middle. 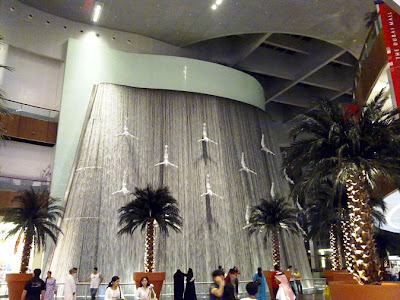 They even have branches of small and exclusive brands like the perfumers Dyptique from Paris and Jo Malone from London — which are two of my favorite small perfume brands, by the way.

You can imagine how happy I was to discover them here, especially as I was literally running out of my favorite Olene perfume from Diptyque.

I was just making a mental note to myself to pass by the store just off the Latin Quarter when I’m in Paris this September. 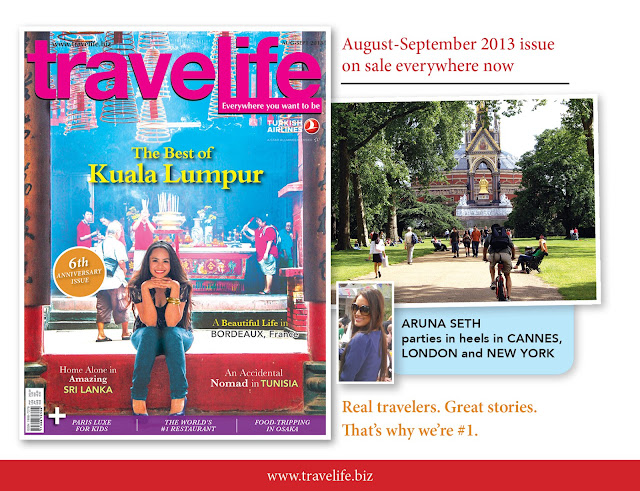 Perhaps the only famous brand not in this huge mall is the shoemaker Christian Louboutin, whose shoes I swear by.

I’ve been buying his shoes from his little workshop off the Marais in Paris for many years now, and long before he became internationally famous.

They’re the only heels I can wear for hours and hours with no problems, so I always buy a couple of pairs when I’m in Paris.

I was hoping Dubai would have them since they seem to have EVERYTHING, but so far I haven’t found the store.
EXERCISE, THE FUN WAY 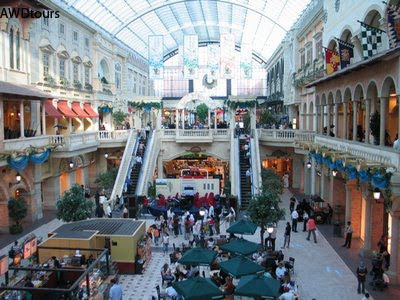 By the way, I’m a pretty good walker. And when walking is combined with shopping, I can literally go on for days.

But I almost gave up at the Dubai Mall — that’s how big it is.

I had about three hours of shopping time before dinner and I was exhausted just trying to get around this city of a shopping mall.

I was wearing my most comfortable shoes and still my feet hurt. Unfortunately, I don’t think it did much to burn any calories from lunch. 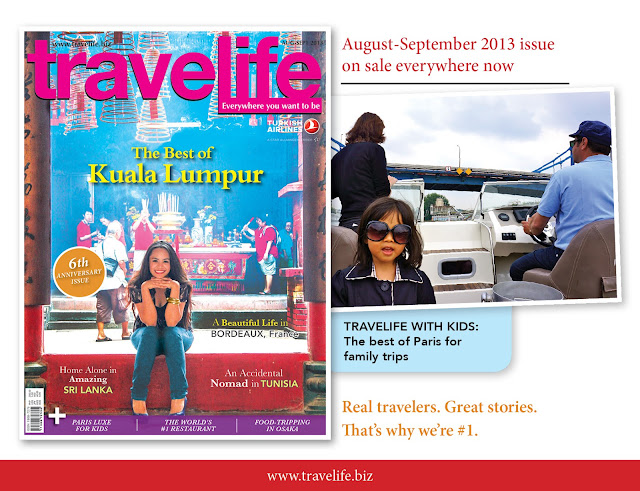 FOOD FROM ALL OVER THE WORLD

Dubai Mall has everything — including some of the best-known food and restaurant brands.

In one little corner alone I saw Hediard, Cacao Sampaca, and Maison Kayser.

But I tried to concentrate on stores and items that are hard to get elsewhere or else best to get in Dubai.

I travel practically every week and so I don’t need to really shop for brands or items that are available elsewhere.
Download the TRAVELIFE APP for PARIS for free now
Click here

THE REALLY LOCAL SECTION OF DUBAI MALL
So I first headed to the Arabic area of the mall which had stores basically catering to consumers in this part of the world.

I didn’t have anything particularly in mind. I just wanted to see what kind of goods were being sold here. 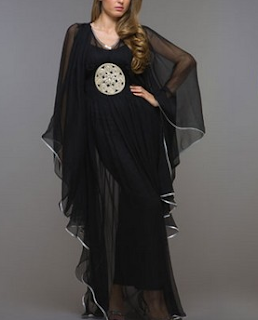 But at one of the stores, a beautiful Arab dress caught my eye because of its gorgeous design and also its unusual cut.

It was an Arabic dress but it could easily also be an unusual Western-style long dress that’s on the conservative side.


I just had to have it for some fancy event in Manila.
GIVING IN TO A WHIM
For a long time now, as well, I’ve been eyeing Arabic lamps for my house.

However, I’ve never bought any even during my many trips to Turkey, as I’ve always either maxed my luggages or else I was still heading for other destinations. 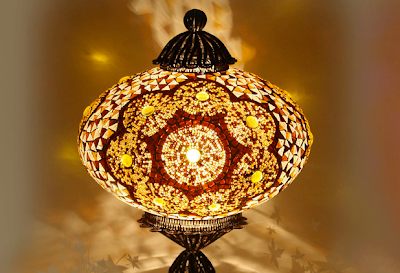 Well, this trip to Dubai was a perfect situation as I had adequate luggage allowance, almost no luggage (it was a very short trip), and it’s a direct flight to Manila.


It was now or never, and some hefty discounts just sweetened the deal.

I ended up buying two. 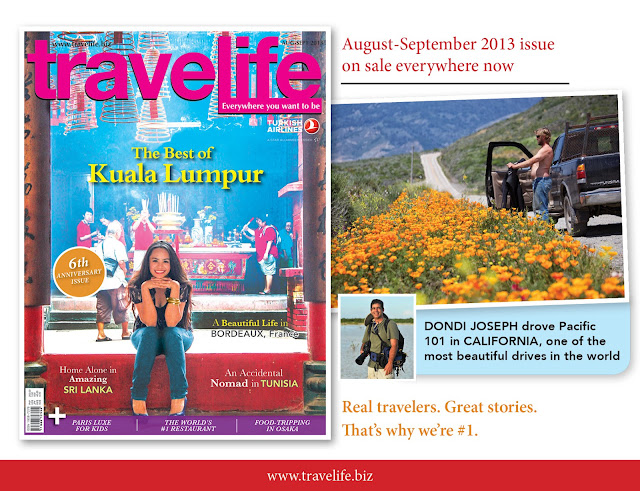 LEBANESE AND SOME AMAZING FOUNTAINS
FOR DINNER IN DUBAI
Finally my shopping spree was over and it was time to meet my friends for dinner.

Most of them aren’t really shoppers so they spent the afternoon at the bookstore in the mall. I passed by the bookstore, as well, on my way out, to pick up some hard-to-get books on life in the Middle East.


This is a region that is endlessly fascinating to me. 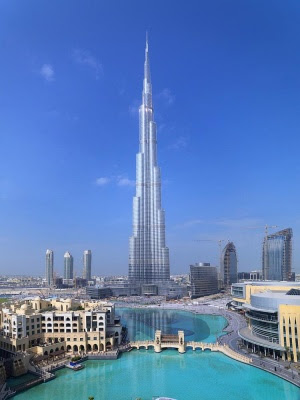 For dinner, we headed over to the adjacent souk which has a very good Lebanese restaurant with a perfect view of Dubai’s famous fountains.

The Dubai Fountains come alive every evening to classical music, Arabic music, and even Thriller by Michael Jackson. 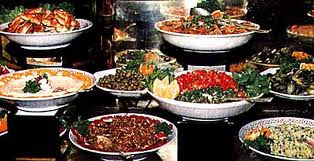 We had the usual mezze and selection of kebabs, but I was really full still from lunch.

So instead, I disappeared from the table every so often to go downstairs and check out the stores in the souk.

On my second disappearance, I was found out because I returned to the table with another really bulky package containing another lamp.

I also picked up a gorgeous silver wall decor from Yemen, that’s now hanging somewhere along my hallway at home. 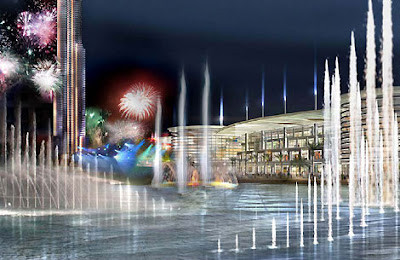 By the way, the Dubai Fountains are something you definitely should not miss when you’re in Dubai.
I’ve seen lots of fountains before. So I was quite blase about it when someone mentioned it.

But when it actually came on, just as we were having dinner at the Lebanese restaurant, I was completely mesmerized.


And, yes, what a shopping mall. Even in a never-endingly eventful Travelife.