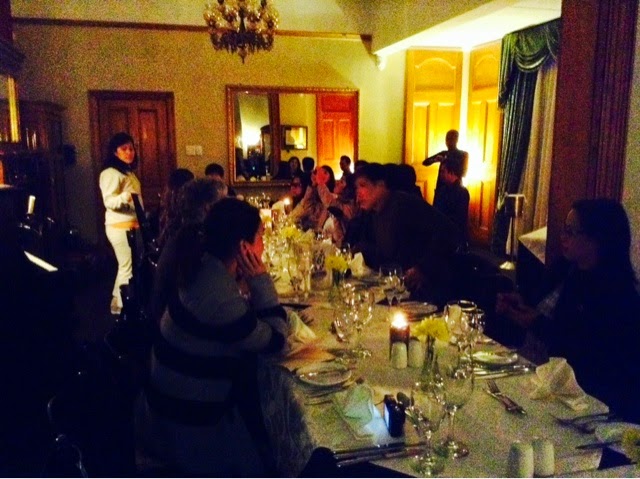 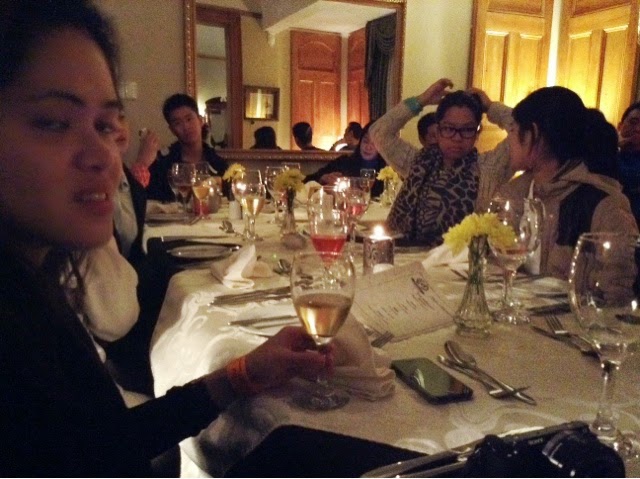 The restaurant is called Butler’s, and it’s housed in a beautiful old mansion on the best residential street in Kimberley. 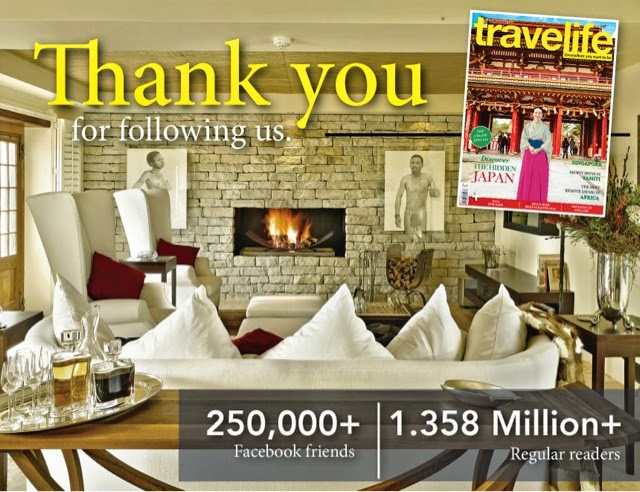 THE FORMER HOME OF DE BEERS

This house used to be the home of the Oppenheimer family, of De Beers diamonds fame.

It’s been very well preserved so you get a good idea of how life was in the heydays of diamond mining. 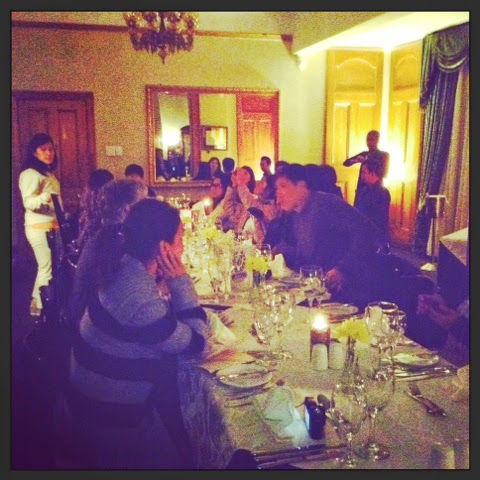 But recently it was bought by a local couple, and they turned it into a fancy restaurant that quickly became the best gastronomic experience in this part of the world.

We organized dinner here because we thought our readers and friends would like it.

True enough, everyone said they had a wonderful time.
FROM BEETROOTS
IN THE CZECH REPUBLIC
TO BEETROOTS IN SOUTH AFRICA 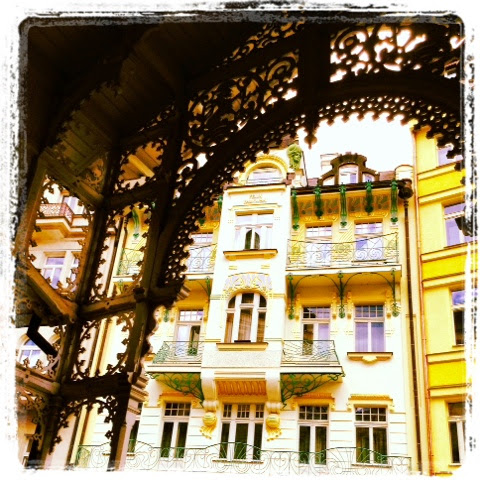 I remember choosing the courses for the dinner at Butler’s while I was still traveling in the Czech Republic last month.

In fact, that’s probably how a starter of beetroot carpaccio came into the picture at Butler’s.

I was sitting at a restaurant in the spa town of Karlovy Vary, checking my emails on my phone and looking at the choices for dinner at Butler’s. 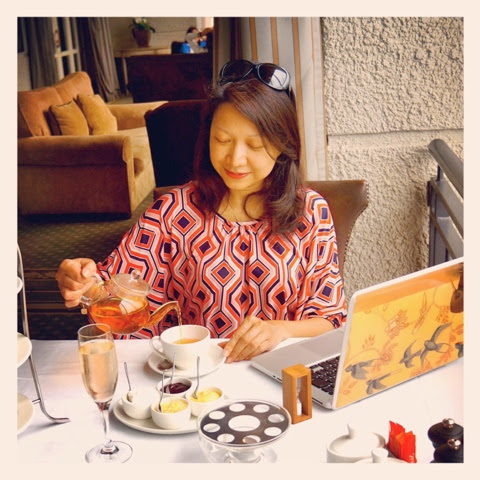 At the same time that I was choosing the dinner at Butler’s, I was having beetroot as a starter for lunch in the Czech Republic.

Yes, the Czechs are very big into beetroot too.

And the beetroot dish I was eating just then in the Czech Republic was so good that, from the menu that was emailed to me, I perhaps subconsciously chose the beetroot dish as an appetizer for the dinner at Butler’s in Kimberley one month later. 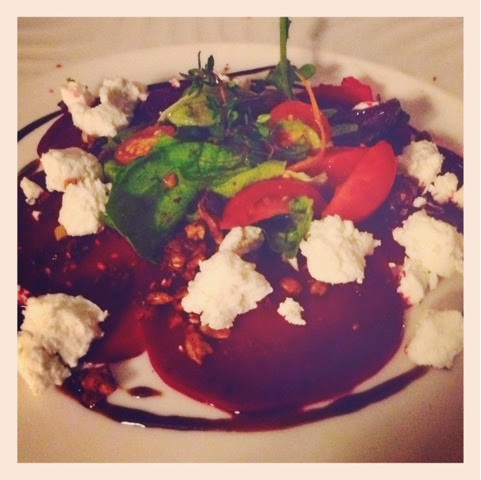 Interestingly, at the same time in the Czech Republic, I was also looking through restaurant menus that had been emailed to me from fancy restaurants in Switzerland and Germany. 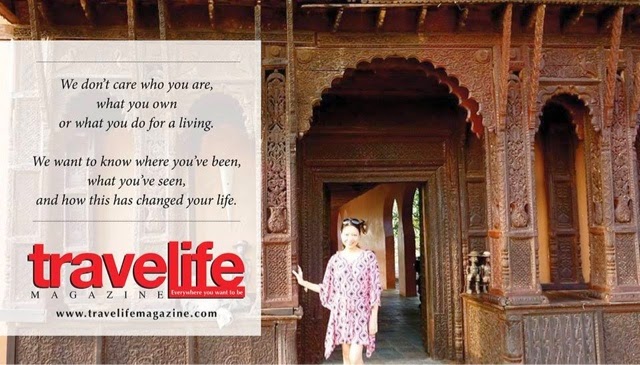 A friend had also asked me to choose and pre-arrange all the hotels, restaurants and meals for them on their three-week trip to Europe.

So I basically made an itinerary for them and then pre-selected 42 restaurants in Europe for them. Then I did 42 three-course meals — 21 lunches and 21 dinners.

I think I chose beetroot for them too, for one of their lunches in Switzerland.

GREAT MAIN COURSES
AND HOW MOST PEOPLE LOVE CHOCOLATE FONDANT

For main courses for our own dinner at Butler’s several nights ago, we had salmon ravioli and roasted pork knuckles. Everyone was very happy with their main courses.

MEETING THE OFFICIALS OF NORTHERN CAPE

For this dinner, we were joined by the senior officials of the Northern Cape Economic Development and Tourism Board.

We all enjoyed meeting them and discussing the charms of the Northern Cape with them.

They even very kindly hosted us for drinks, serving us the best of South Africa’s chardonnay and pinotage wines to go with our dinner.

FALLING IN LOVE WITH NORTHERN CAPE 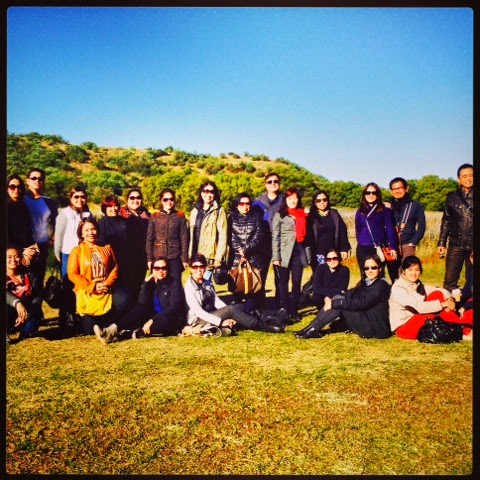 Everyone knows about the beauty of Cape Town, but Northern Cape is so under the radar.

Fortunately, almost everyone in our group fell in love with Northern Cape.

Tonight, for example, some of the young girls in our group told me they want to return to Northern Cape sometime again as they had such a great experience.

I almost replied, with a wink: “Of course. You’re on a Travelife…“

GHOSTS AT
THE KIMBERLEY CLUB 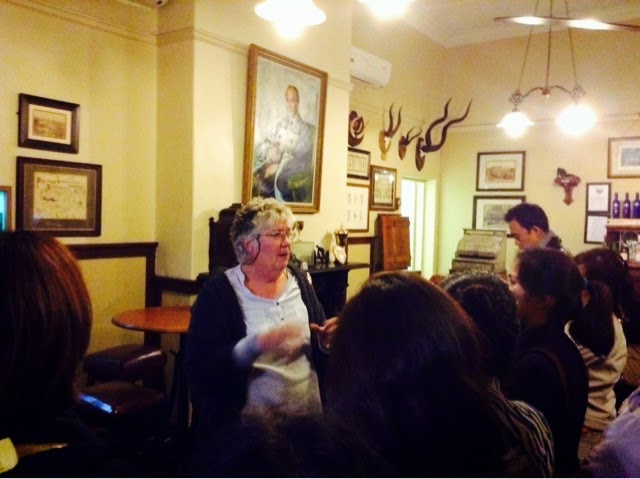 After the meal, we proceeded to the Kimberley Club for a fascinating visit and a short history lesson. As well as a couple of ghost stories.

Yes, the Kimberley Club is officially haunted, and we all had a merry time teasing each other about ghosts afterwards, on just another wonderful day in South Africa, living a never-ending, and never-endingly eventful Travelife.