Last night in Tokyo, living a #Travelife, we went out for a very nice Italian dinner in the Azabu district and reminisced about the good old days of the bubble economy, when the Japanese stock market was at 36,000.

As we had all lived through the bubble economy, and two of the guys had been pretty big fish at that time — and they probably still are — we had lots in common to talk about.

And in keeping with the bubble economy tradition, one of the guys sent over his stretch limousine with a driver in white gloves to pick up us two girls from our respective houses.

Fortunately we live in the same neighbourhood so the car didn’t have to go very far for either of us.

At dinner, we talked about the institutions of the bubble economy — where everyone went when cash was awash in the city and people were falling all over each other to try and spend it faster than the others.

This was a very expensive Italian restaurant in Aoyama that fashioned itself as an outpost of a famous Northern Italian restaurant, way before the Michelin Guide hit Japan gave us so many other options. El Toula was the Italian place at that time.

All the bigwigs of Tokyo ate at El Toula, and the finance industry people liked to show up at El Toula all the time.

Either way, they went there and dented the credit card quite a bit each time.

THE TOP RESTAURANTS OF JAPAN

Then I said: “Les Saisons of the Imperial Hotel, and Tour D’Argent at the New Otani.” Another person added: “Apicius.”

These were also big bubble economy places, and Les Saisons was the power breakfast and power lunch place for high-flyers.

Someone also mentioned Chateau Restaurant Joel Robuchon, but this really came after the peak of the bubble, as far as I can remember, although it still remains one of my favourite restaurants in Tokyo to this day.


In fact, I want to eat at Chateau Restaurant Joel Robuchon this week with a friend, but we are going to L’Embellir, my other more contemporary and current favorite in Tokyo, instead. L’Embellir is a two-star Michelin French restaurant, and the food is very good. I could eat here all the time.

Anyway, last night, it was very nice to reminisce, especially as the Nikkei is hovering at around 20,000 — which is something it hasn’t done in a very long time.

WHERE TO GO IN SANTORINI 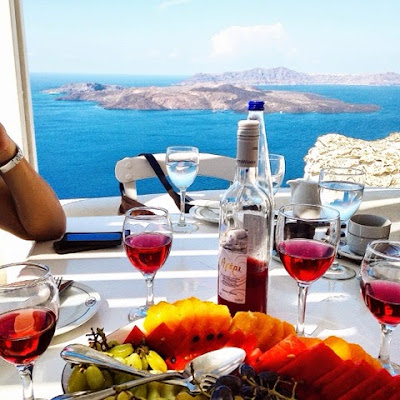 Then the talk turned to travel, which it invariably does whenever I’m around. Someone said just one word: “Santorini. Next year.“

I was just in Santorini last September with a group of good friends, but I’ll happily go again, and everyone said they could get away for two weeks to do Barcelona, Athens, and two Greek islands including Santorini. 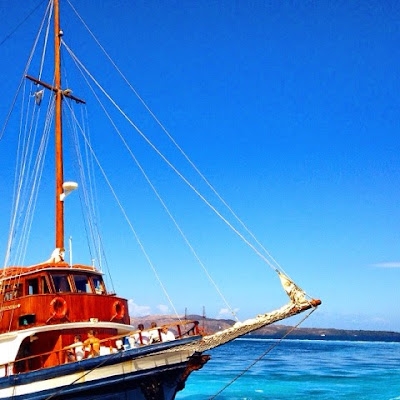 It’s just up to me to plan, and they don’t care where they stay or eat. They’re even happy to leave the choice of the second Greek island to me.

And what they really mean is that if it’s a #Travelife kind of trip, they’re happy to leave all the logistics to me. And I’m certainly going to make sure everyone lives a never-ending, and never-endingly eventful #Travelife.

Even for just two weeks next year.