On our second day in South Africa, living a TRAVELIFE, we did the craziest thing: we decided to add a hot-air balloon ride to an already maddening sightseeing day that took us all the way to Sun City and Pretoria. 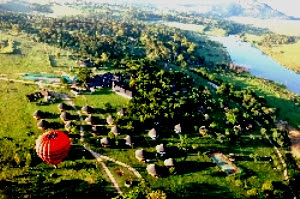 And then it ended with a fancy dinner at the Saxon Boutique Hotel in Johannesburg, cooked by David Higgs, one of South Africa’s top chefs.

This original schedule was supposed to start at 6 AM and end at 10 PM. But with the hot air balloon ride suddenly in the picture, we ended up starting from the hotel at just after 3 AM and coming home at around 11 PM.

Interestingly, I didn’t feel very tired in spite of such a grueling schedule, although our driver, who we contracted for two days of driving around, said that he’d never worked so hard in his life before.

But getting up early was worth it. The balloon ride was wonderful, and a great start to an amazing trip around South Africa for two weeks.

I got the idea to do the balloon ride in South Africa just a few days before leaving Manila for Johannesburg — one of those nights when I just couldn’t sleep, and I was thinking about whether we’d missed anything significant to see or do (or eat!) in South Africa.

I remembered a fantastic balloon ride in Turkey and I’ve been hooked on balloons ever since.

Researching on the Internet, I found the Air to Air Africa Hot Air Balloon company, which flew balloons over the Cradle of Mankind which is about 35 kms from Johannesburg. If you’re driving in the early morning — like us, at 330 AM from The Westcliff in Johannesburg — then it takes you about 20 to 30 minutes.

Air to Air Africa has pilots with 30 years or so of experience flying balloons.

What also impressed me was that they were very serious about safety. As soon as we’d booked our ride, we received a packet by email with very detailed instructions regarding safety precautions.

Then, when we reached the lodge near the launch site at 430 AM, we got another briefing from the management on what to do and what not to do.

We also were asked specifically about our weight and other details, as apparently this is a big factor in balloon safety and trying to ensure balance in the basket. 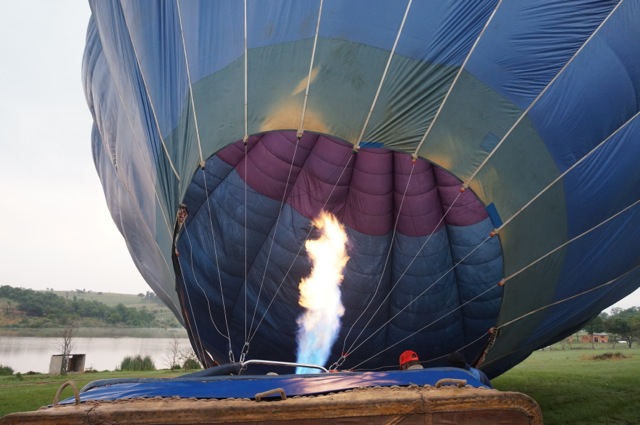 PEACE AT THE TOP

Finally we were off. It was incredibly peaceful and nice to be seeing South Africa from above. And when the sun finally rose, we were met with a pretty glorious view of the Cradle of Mankind, where everything in existence began.

We spent an hour up in the air, and for most of the time, we were just all looking out at the scenery below us. I remember that I still couldn’t believe I was in South Africa, as we hadn’t even been in South Africa for 24 hours yet. 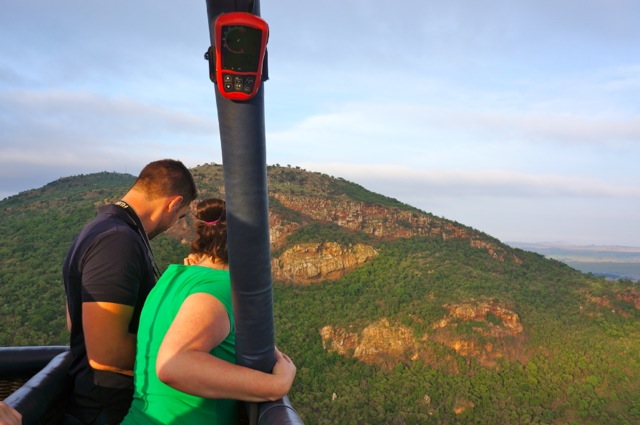 FINDING OUT THE HARD WAY

Then we landed back on earth. We had to brace in the emergency position, and then the basket got dragged several meters before the team on the ground was able to stop it. But we were already briefed about this at the outset, so I wasn’t too worried when it was happening.

Then we all drove back to the lodge for a hearty breakfast. We weren’t expecting much, frankly, so we were happily surprised to enjoy such an excellent breakfast.

On the patio of the lodge, by the swimming pool, we had freshly-baked croissants, delicious sausages and cheeses, and some African stews that we tried for the very first time. These were wonderful.

This was also the first time in South Africa that I had a pot of rooibos tea, which is supposed to be one of the most powerful detoxifying teas in the world. I’d had it before in Sri Lanka, but here in South Africa, where it is a native plant, I was having the real thing.

I got hooked on rooibos tea from this very morning onwards, and it became my standard breakfast fare and just-about-anytime drink for the next two weeks. Drunk straight without sugar or milk.

I decided to write about this balloon ride today because I just found my balloon ride certificate in my folder of brochures, tickets and trip paraphernalia that I saved for a memory book. Each passenger was given one. And what a nice souvenir of a wonderful memory, being up in the air over Africa, this is. 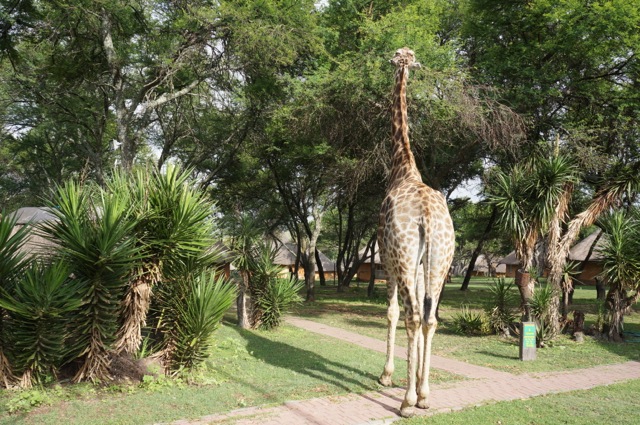