In Paris last week, living a never-ending Travelife, I booked a lunch for us at the very famous Dali restaurant of the historic Le Meurice hotel, which is just opposite the Louvre Museum.

Or, more accurately, it’s exactly opposite the Tuileries gardens of the Louvre.

The Le Meurice, by virtue of its location and so many other factors, is among the most historical and most prestigious hotels in France.

It’s not a very big hotel, but it’s a beautiful jewel of an institution.

Every nook and cranny of it is beautiful and filled with details that are like dessert for the eyes.

THE PERFECT PLACE FOR LUNCH 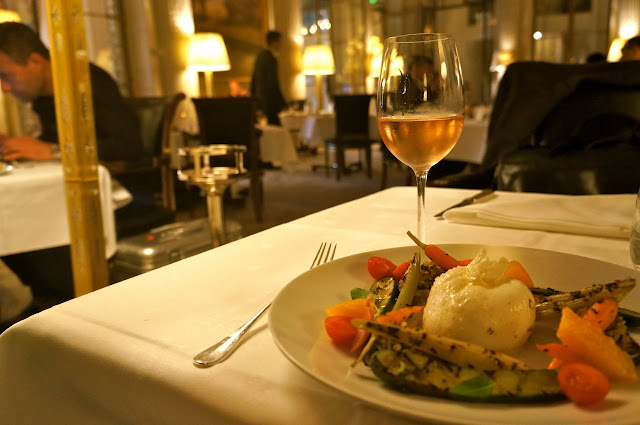 It was the perfect place for lunch for two people who have been to Paris more times than they can count.

Although, of course, the Travel Companion had his usual question when we got into the taxi from the Shangri-la Paris to head for Le Meurice at noon one day.

He said: “Remind me again. Why did you pick this place?“

NO PREFERENCES, NO LIMITS.
JUST ALWAYS THE SAME QUESTION.

He’d left all the restaurant choices to me. No preferences and no limits. It just had to be good food, and it had to have a great wine list.

How liberating was that? 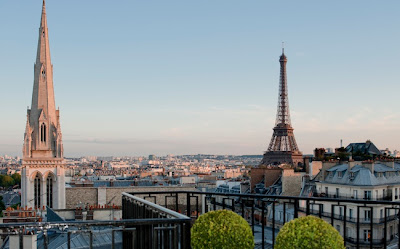 Interestingly, when someone gives you carte blanche to plan a trip, just like that, you feel way more restrained to make sure it’s not too over-the-top. Just a little bit…

The question prior to arrival always was: “Why did you pick this place, again?“

A REVELATION AT THE PLAZA ATHENEE

The day before our lunch at Le Meurice, he’d been so happy, actually, with my choice of Le Relais, the bistro restaurant of the Hotel Plaza Athenee — another great Paris instutition.

The food had been excellent and the atmosphere was one I love and that he grew to appreciate.

Le Relais is the kind of restaurant the chic and powerful locals head for when they want comfort food and an excellent overall dining experience.

We were the only tourists when we were there. And the food is French and not fancy in a Michelin-starred way, but it’s excellent and perfect for a relaxing meal. 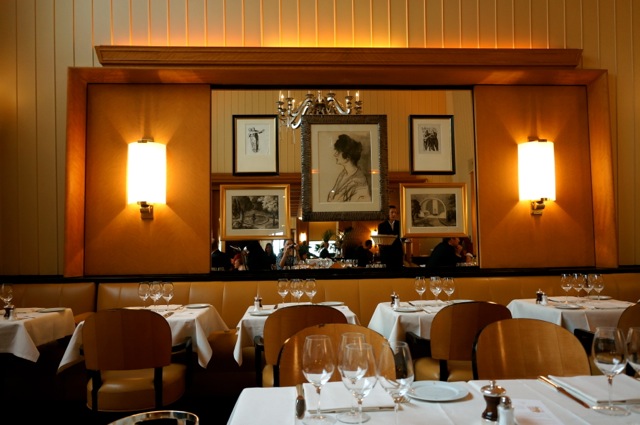 After that Le Relais lunch, the Travel Companion had said to me: “I’m always going to eat in this kind of restaurant in Paris, from now on.“

I had to stifle a giggle as that was taking things to the extreme.

Personally, I like to mix things up with Michelin three-star restaurants and great brasseries that are local institutions. Le Relais falls into the latter category, and so does the Dali restaurant of Le Meurice.

Again, there are lots of famous brasseries in Paris, but many of them have more tourists than locals nowadays.

So it’s hard to classify them as quintessential Paris institutions like the Le Relais or the Dali, if you’re having a meal and all around you are foreigners taking photos on their iPhones or Blackberries for posting on real-time in Facebook.

And, yes, we take photos and post them on Facebook, too. But only at places where we’re the only tourists around.

Neither the Le Relais of the Plaza Athenee nor the Dali of Le Meurice are tourist traps.

THE TOP BRASSERIES FOR PARIS 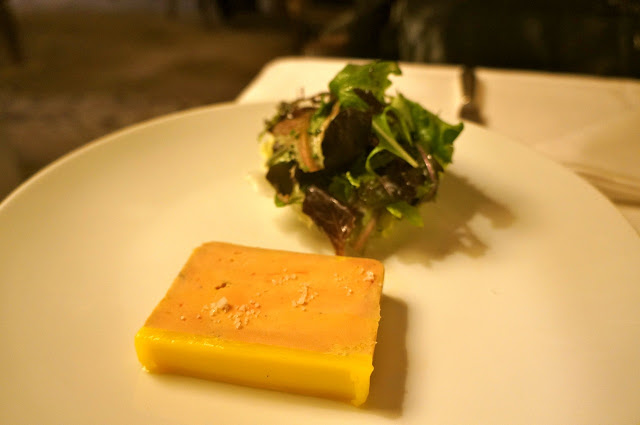 I picked brasserie food for our Paris stay because our Bordeaux stay was already full of Michelin three-star restaurants.

It turned out to be the perfect combination.

There’s the Restaurant Le Meurice, which is the fine dining restaurant made famous by Chef Yannick Alleno, and the Dali, which is a kind of favorite brasserie of the power people of Paris.

I opted for the Dali because of the reasons above. Besides, I’d already eaten at Restaurant Le Meurice several times.

Also, Yannick Alleno left and so the cooking at the Meurice is right now being done by his former sous chef. Happily and interestingly, the Meurice has kept its three stars under the sous chef.

Nevertheless, I hear they’re getting a new star chef for this fine dining outlet, though, and so I’m going to eat there again when they do.

HAPPY WITH THE DALI

We were very happy with the Dali, however, which is named after the great artist Salvador Dali, who spent a month every year in the presidential suite of the Le Meurice, holding court among artists and adoring fans.

It’s a fitting tribute because the Dali restaurant is just beautiful in a very quirky and artistic way.

I’m going to be posting photos of the lovely details of this restaurant, re-designed by Philippe Starck, in my next blog entry. 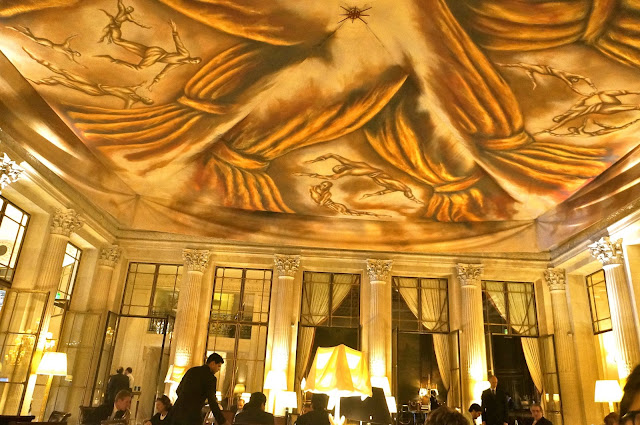 For now, let me end this with the fact that the Dali, which is often passed up by tourists in favor of the more famous Restaurant Le Meurice just a few steps away, is the kind of place you should eat in for a real taste of Paris.

As we sat there, so many famous Parisians walked in for a meal or a coffee that it seemed like practically every table was filled with a local VIP.

And across from us sat a very famous French TV presenter.

SIMPLE FOOD AND A WONDERFUL TIME

We had very simple food because we wanted to try the dishes that the Dali is known for — and most of them are really comfort dishes for the locals.

I ordered the Ceasar’s salad and a pate de foie gras, while the Travel Companion had a club sandwich — certainly not tourist fare in an upmarket restaurant.

And then I spotted a burrata salad on the special menu, and of course I just had to have that as well.

But even with lunch as simple as that, accompanied by a couple of glasses of wine and the most wonderful chocolate eclairs in Paris, it took all of three-and-a-half hours to finish our meal. 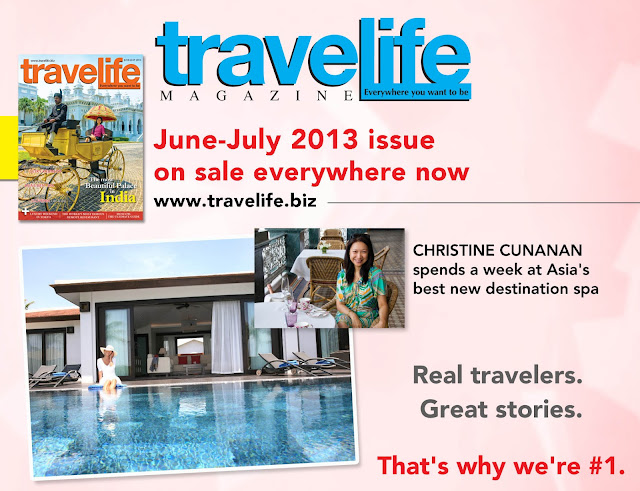