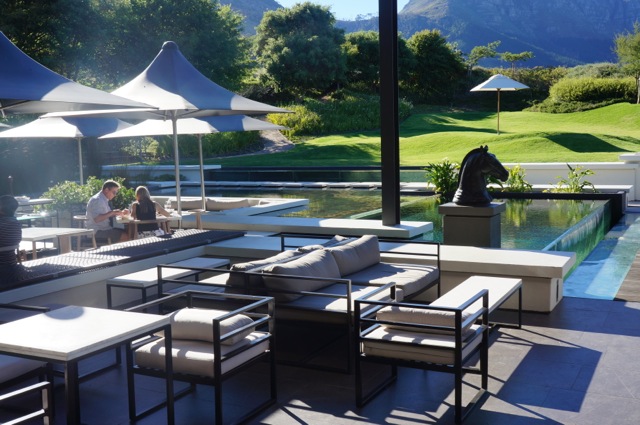 Towards the end of our trip to South Africa, we visited the winery of our hotel, the Steenberg, on the beautiful Steenberg estate in the wine region of Constantia, for a very enjoyable wine-tasting.

If you ever find yourself in the Cape Town area on a TRAVELIFE, I strongly recommend a stay and a wine-tasting at the Steenberg.

The hotel itself is so lovely, in a very understated way. Everything is immaculate and beautifully arranged, but there is nothing in excess. The houses and rooms you stay in are located in farmhouses that have been in existence for centuries, as this is the oldest farm in the Cape area.

I chose this hotel because I wanted an authentic old-fashioned Cape area experience, but with all the luxuries and comforts of a Travelife. In this sense, it was absolutely perfect.

The Steenberg winery itself is about a kilometer away from the Steenberg hotel, but as it was a perfect day in terms of the weather, we decided to walk from the hotel grounds to the winery via the vineyards.

What a nice walk this was, and it made us feel like we were still on safari. We saw all kinds of birds and squirrels. 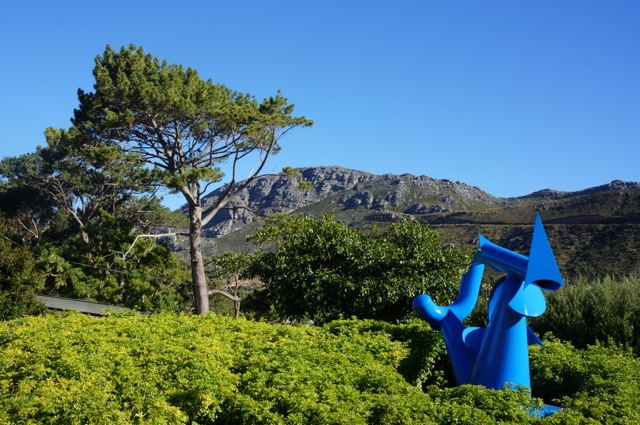 The winery itself was modern and beautiful. It has a wine-tasting bar, a tasting lounge, and a lovely outdoor terrace.

When you’re seated on its terrace, looking out onto the manicured gardens and contemporary artworks, you don’t really know where in the world you are. That’s the feeling I had.

You also get a great view of local landmarks like Constantiaberg, Elephant’s Eye and the Steenberg vineyards.

It sort of  looked like Switzerland because of the hills, but the contemporary vibe could be California, and some part of it felt like France. But there we were in South Africa, 20 minutes from Cape Town and an hour away from the Cape of Good Hope, which is practically the end of the world. 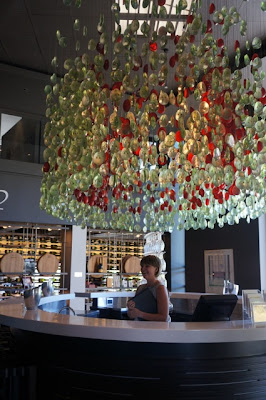 What makes this most interesting is that it’s very contemporary in design, but the Steenberg vineyard and farm is actually the oldest in the Cape area.

We sat at the magnificent bar, under an amazing artwork of a chandelier created out of resin and glass and inspired by the grape, of course. 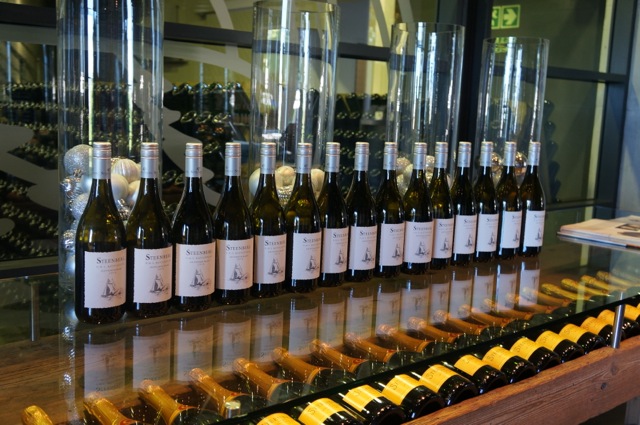 The very friendly ladies at the bar took us through the wines they had for tasting that day, and we started out with a very dry and yet fruity Steenberg Brut 1682 Pinot Noir 2007. This had overtones of berries and it was delicious. 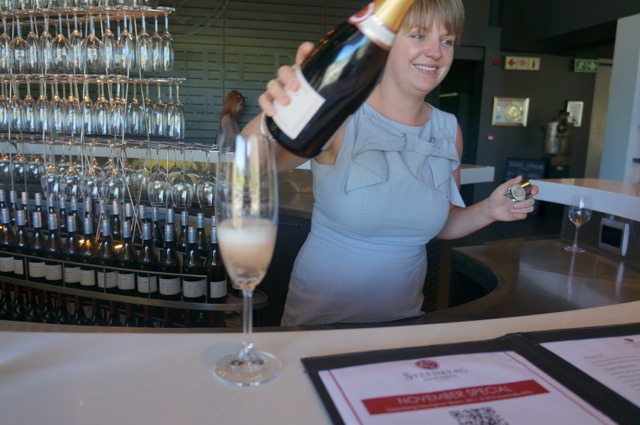 We sampled all kinds of wines that night, as the sun set on the horizon, including a Steenberg Nebbiolo 2008 and Steenberg Semillon 2009. 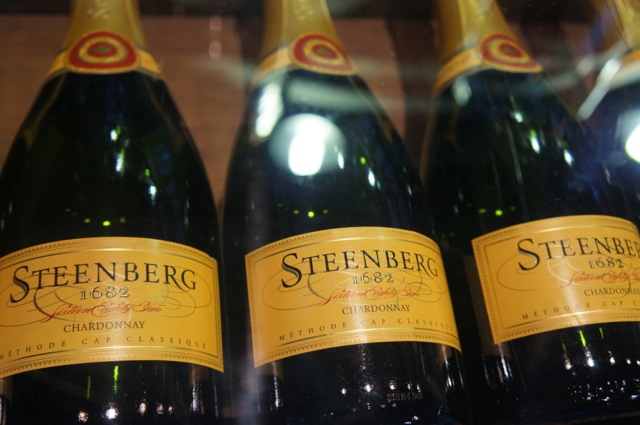 But the one that stood out was a wine named in honor of the first owner of this beautiful estate. Her name was Catharina, and the wine — as well as the Steenberg’s flagship restaurant and the main drive — is named after her.

The wine was called Steenberg Catharina, and it’s a full bodied red with dark overtones of Cabernet.

Catharina was a widow who stowed away on a boat from Europe to South Africa disguised as a man, in order to start a new life in South Africa. When she got to South Africa, she managed to buy her own property — and this was the beginning of the beautiful Steenberg estate.

This was in the 17th century, by the way, when it was so unthinkable for a woman to either stow away to South Africa or to buy her own property. But obviously she was made of steel.

And perhaps the most interesting story here is that she had five husbands, and she outlived all of them except the last one. One husband, in fact, was supposedly killed by a lion on their wedding night; and it was rumored that Catharina went out into the night and killed the lion before dawn.

Obviously, with a woman like that and a story like that, the wine we had was very powerful. I finished my glass deep in thought, my mind on Catharina and her amazing story.