Yesterday I ate at a restaurant that very much reminded me of Test Kitchen in Cape Town, which is considered the best restaurant on the African continent.

Interestingly, the Travel Companion actually took me for dinner at Test Kitchen during a very nice holiday in South Africa two years ago, and we’d had a very memorable 13-course degustation.

At that time, Test Kitchen was pretty new but Chef Luke was already well-known, and the Travel Companion had booked this restaurant for us on one of our evenings in Cape Town.

In those days, I still remember how everyone in the know whom we spoke to in Cape Town was very impressed we even knew about Test Kitchen — and some people didn’t even know about it yet.

But of course, we’d done our homework and made it a point to book all the best restaurants in South Africa for our trip. 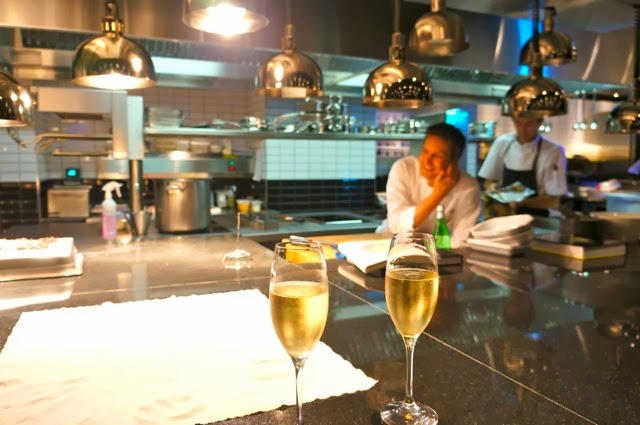 Aside from Test Kitchen. two of the restaurants we went to were so new that they were not on anyone’s radar yet then except for the really serious foodies.

We ate at Five Hundred in Johannesburg four days before it opened.

Celebrity chef David Higgs gave us some champagne in his open kitchen and then he had to serve us dinner in a venue next door because so many things were still in boxes.

Then we ate at Camphors at Vergelegen in Somerset West just about two weeks after it opened, and this was also very lovely as well.

Both Five Hundred and Camphors at Vergelegen have since joined Test Kitchen in the roster of the best restaurants in South Africa.

Talk about good teamwork there, between the Travel Companion and myself.

We were in these restaurants first, ahead of most of the pack.

And every time I think about this particular trip with the Travel Companion to South Africa, I just have to smile because we had such a good time.

As for the others in the top ten list that we visited, these include the lovely La Colombe in Constantia, The Tasting Room in Franschhoek, and Rust en Vrede in Somerset West.

But these are already great dining institutions in the Western Cape.

But back to Test Kitchen in Cape Town.

But two years ago, it was difficult but not impossible with something like two months’ notice. It’s in an industrial suburb of Cape Town, so it’s quite a distance from the CBD, but it was full when we were there.