Staying at the beautiful Palais Amani in Fes, on two trips to Morocco

This is no mean feat, as it’s about nine hours to the Middle East from Asia, and then another eight hours or so to Casablanca from the Middle East, not factoring in waiting time at airports in transit. 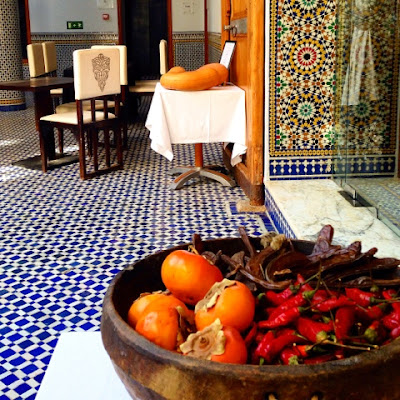 But I’m so happy I went twice as both trips were wonderful, and each was slightly different in terms of the things we did and the places we went to.

Although on both trips, I tried to get in as much spa time as possible.

SPA AS MUCH AS POSSIBLE

In June, I tried out the spa of the Four Seasons Marrakech and the Royal Mansour, as we stayed in both of these beautiful hotels.

Meanwhile, on this last trip, I did a hammam experience at the Palais Amani and at the pretty exclusive Palais Namaskar in Marrakech.


Then I also tried out a massage at the Carita spa of the Jardin du Koutubia, which is also in Marrakech. I have to say, I’ve never had a lousy massage yet in Morocco, living a Travelife.

In June, the Travel Companion and I went on holiday to Morocco for about two weeks.


This was a really happy trip that involved stays in some pretty amazing places and experiences that pushed boundaries. We’ve been to many places together that can be considered the “middle of nowhere,” including to the absolutely deserted Selous game reserve in Tanzania last year and to a lake with no one around in Hokkaido last month.

But in Morocco last June, this trip to the Greater Sahara was certainly pretty adventurous.

On this trip, we traveled five hours or so out of Marrakech, over the Atlas Mountains and towards the Sahara Desert, for a stay in a luxurious kasbah in the middle of nowhere.

We had to leave our car and driver at a gas station in this middle of nowhere to switch to a 4WD sent over by the kasbah. And then we drove for about 20 minutes through dessert interspersed with mudhouses and ruins.

Then this kasbah just pops up dramatically on the horizon, straight out of an interior design magazine, and complete with sweets from Pierre Herme. It literally blew our minds away.

STRAIGHT OUT OF ARCHITECTURAL DIGEST

We’d never experienced anything like this — not to mention the fact that this kasbah was so beautifully decorated that it looked like it had just been featured in Architectural Digest.

It probably has been. 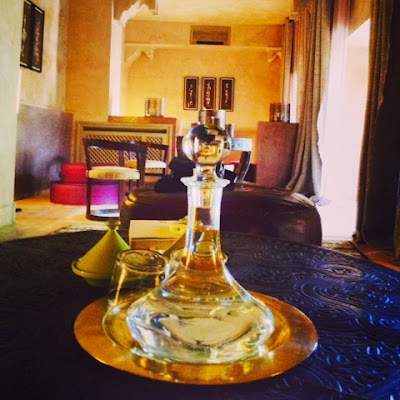 From here we explored part of the road famous for its 1001 kasbahs, and enjoyed sunset drinks on top of a mountain overlooking into vast nothing-ness.

I loved this afternoon we spent driving along the famous road of 1001 kasbahs, and then stopping wherever we felt like, to see one of these kasbahs.

Meanwhile, until last weekend, I was in Morocco again for just over a week with a wonderful group of Travelife Magazine readers and friends.

This time, I kept some of the hotels and restaurants from my holiday in June, and also put in new places.

I really enjoyed the variety of these two trips.

One place I kept for both trips was the hotel in Fes.

In June, we’d stayed at a stylish and understated riad in the heart of the old town called the Palais Amani.

It’s a jewel of a riad that’s a favourite among travellers in the know.

MEMORIES OF A COOKING CLASS

We so enjoyed our stay here and we’d even arranged for a private cooking class with the Palais Amani chef, that involved visiting the food markets with him and then cooking our own three-course Moroccan meal in the kitchen.

It was lots of fun, and I have great photos of the Travel Companion wearing an apron and actually cooking a tagine, which unfortunately I can’t post.

BACK AT THE PALAIS AMANI

Last week, I was back at the Palais Amani again with our group of Travelife Magazine readers and friends.

I told them, before we reached the Palais Amani: “We’re going to walk through a very nondescript alley and go through an equally nondescript door. Don’t get shocked.”

That’s how understated this place is. And that’s true for many lovely riads in Fes and Marrakech.

Everyone loved it for the same reasons we did back in June.

I also arranged for a cooking class for the group, which turned out to be a great success. 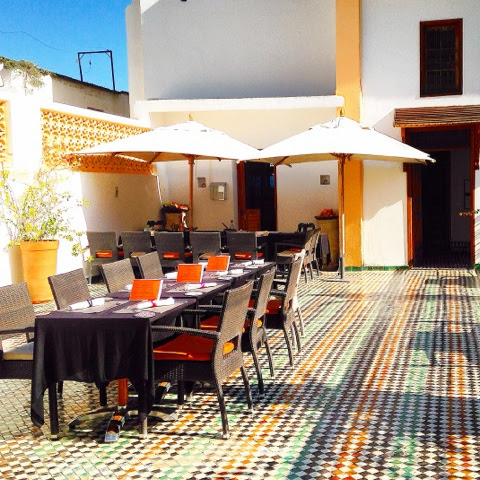 And after the cooking class, we all sat down to a pretty table on the roof terrace to eat what they’d cooked.

The group had made an eggplant dish to start, followed by a delicious chicken tagine with preserved lemons, and a simple but ever so delicious orange and cinnamon dessert. 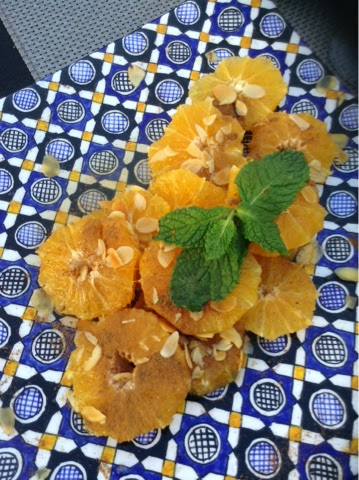 It was already winter in Morocco last week, but the weather on that day was sufficiently warm, so that we could sit outside for a long and leisurely lunch, with everyone happily living a very eventful Travelife. 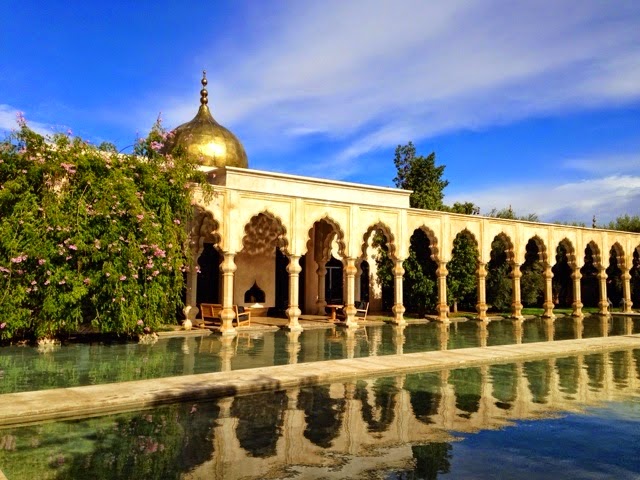 Click here to read about
an amazing spa experience
in Marrakech