Breakfast onboard the Blue Train, from Pretoria to Cape Town 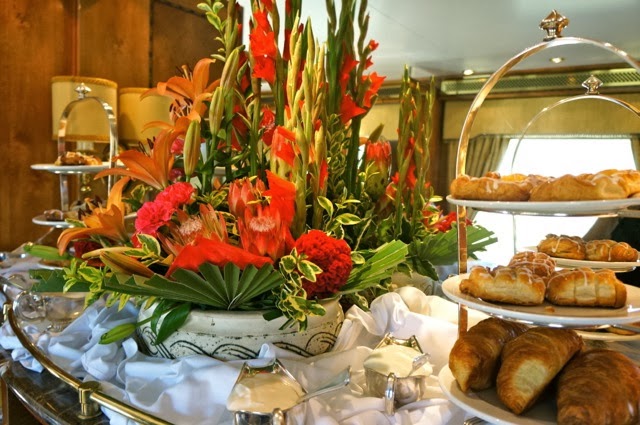 Breakfast on board the beautiful Blue Train, as it crosses the country from Pretoria to Cape Town and back, is an elaborate and elegant affair.

It’s just like in those period movies, really, except the food is probably much better on the Blue Train.

Moreover, it’s a beautiful vintage train, but it’s got every modern convenience, and onboard WiFi to boot. 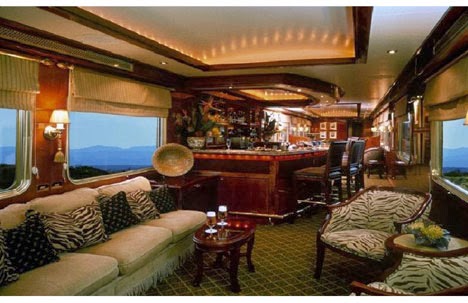 But going back to that elaborate production for breakfast, it’s really a wonder to think how the Blue Train team manages such a meal, considering it’s a moving train with obviously very limited space.

It’s literally breakfast with “the works.“

Passengers can dine in the dining car at their leisure, between 7 and 10 AM.

They can also basically sit where they wish, and with whom they wish — or else dine by themselves, too, if they wish.

We chose to share a table with the same British couple we’d been sharing a table with since the Blue Train rolled out of Pretoria Station. 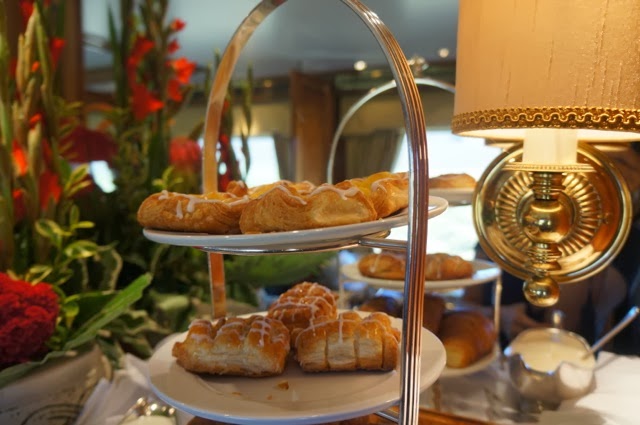 I was the first one to the table, as I was hankering for a pot of rooibos tea early in the morning. Then I set up my laptop to try and do some work until the others arrived.

For breakfast, there is a very nice buffet spread of pastries and fruits, and some cold cuts.

Again, you marvel at the fact that you are staring at two buffet spreads on both sides of a narrow train carriage, as it rolls along 140-year-old train tracks.

MY EYES GOT HUNGRY 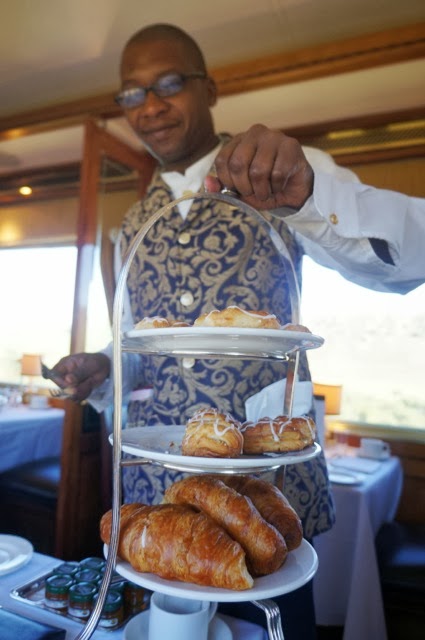 After you’re done with the cold foods, you can order hot foods from the menu.

When I opened my breakfast menu, I got very hungry just looking at everything. 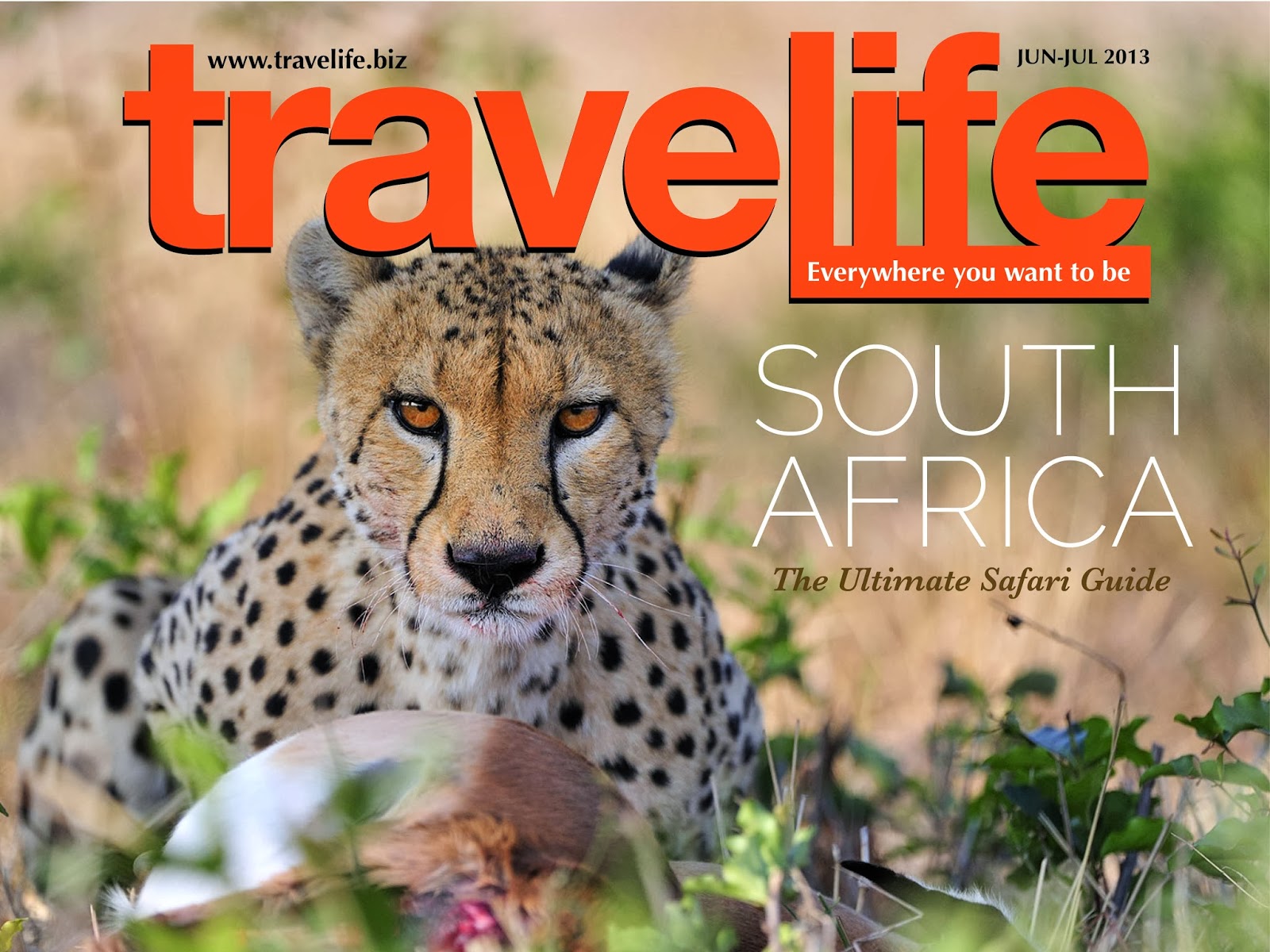 It was also quite a novelty to have a leisurely breakfast onboard the Blue Train, so I decided to have three hot courses.

There was nothing on my schedule after all, except to gaze out at the scenery until we  reached Cape Town. So I had breakfast with “the works.” 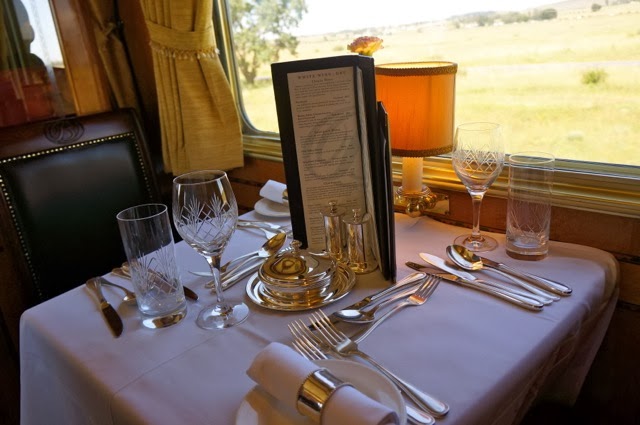 After my fruit plate and some bread, I had eggs benedict, but with salmon instead of ham.

If you read this blog regularly, you’ll know I love eggs benedict with a passion and I have it almost everytime I see it on a menu. At almost every hotel I stay in, everywhere in the world. 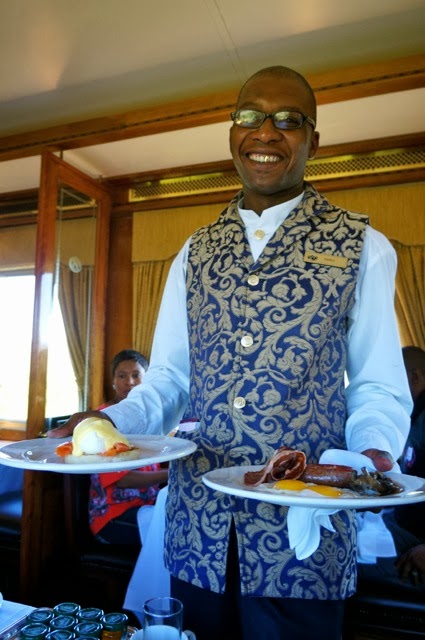 But I especially love ordering this in South Africa, where I have yet to find a badly made eggs benedict.

This was delicious as well. 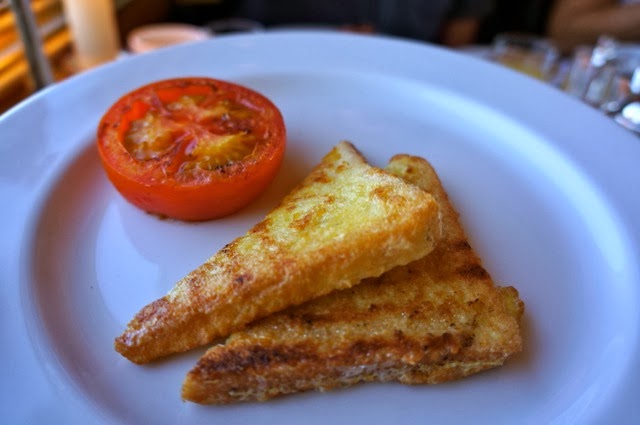 A TRULY INTERESTING AND DELICIOUS DISH

Finally, I ordered savoury scones with cream cheese, cheddar cheese and lashings of bacon, just because I’d never had this before and it looked interesting. 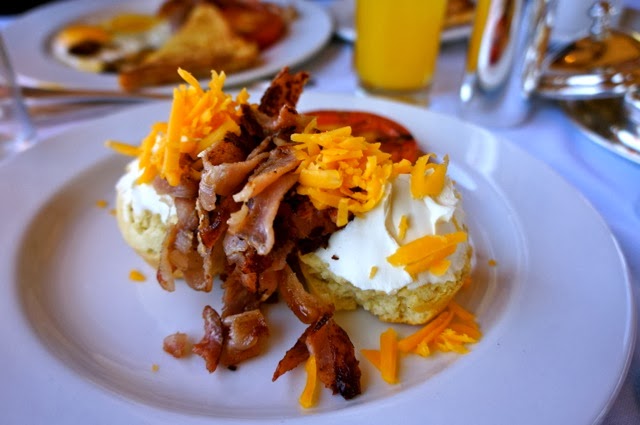 It was so good, and breakfast ended up a two-hour affair, especially with all my orders.

And then sooner rather than later, we were rolling into Cape Town, to begin another adventure in our never-ending, and never-endingly eventful Travelife. 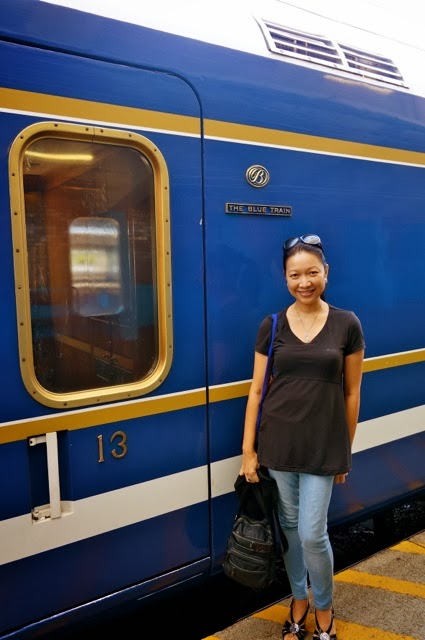