Breakfast at the One & Only Capetown. And about the world’s best pedicure and buying an apartment in South Africa.

This story came up on our Facebook feed so I decided to reprint it as it made me remember all my wonderful trips to Africa, living a never-endingly eventful #Travelife… 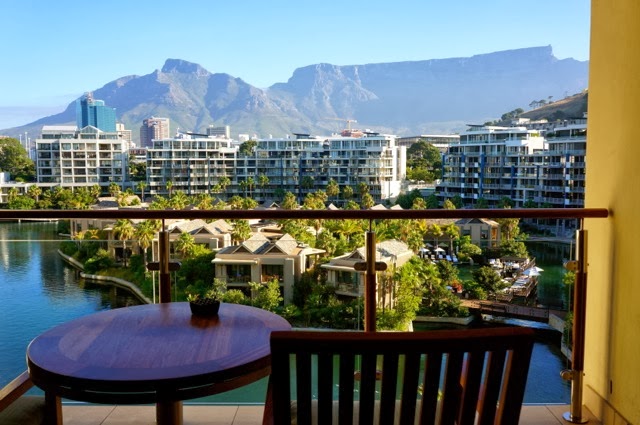 So in Cape Town two years ago, living a Travelife, there we were having a pretty amazing breakfast at the One & Only Cape Town on a lazy Saturday morning, with the kind of sunshine and weather that makes you think nothing can ever go wrong in the world.

The breakfast had something to do with it, as well.

A GREAT BREAKFAST IN CAPETOWN 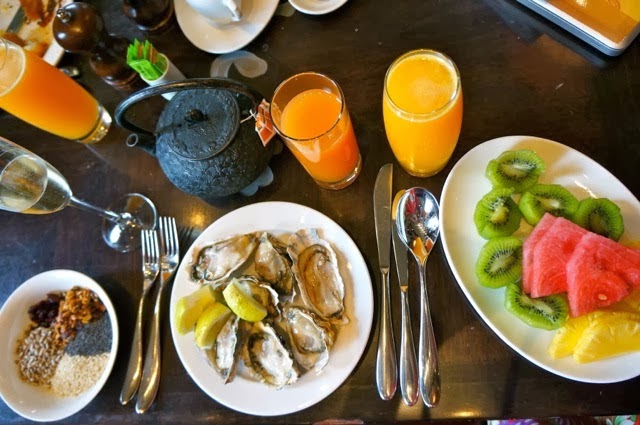 We were having freshly-shucked oysters and champagne for breakfast.

And as people who know me well will tell you, that’s one easy way to make my day: start it with fresh plump and juicy oysters, and very cold champagne. Plus my customary plate of fruits in all colors of the rainbow, and a bowl of seeds and nuts, of course.

The One & Only Capetown probably has the most beautiful restaurant for breakfast in downtown Capetown, by the way…

Scroll down to read more about buying an apartment in Cape Town... 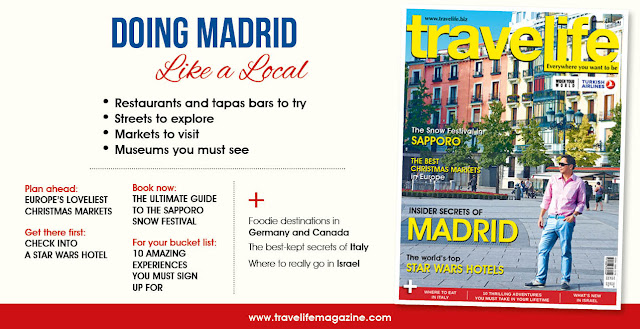 The companion and I were both on our iPads, and I was trying to read the FT Weekend while answering emails and posting photos on Facebook, as well. My favourite section in the FT Weekend is the Lunch with FT.

Then he looked up from his iPad and said to me: “So, are you coming along?“

Honestly, it took me awhile to get what he meant.

But finally I remembered that he’d made an appointment with a real estate agent to look at some fancy apartments in Cape Town.


He’d never been to Africa, and he’d just come along with me for two weeks because I just wouldn’t stop talking about Africa. Just by coincidence, he had nothing else he wanted to do more for those last two weeks of January anyway.

And this is how we’d started planning this trip to Africa together.

We explored a bit of Johannesburg and we took the wonderful Blue Train from Pretoria through the Northern Cape to Cape Town. In Cape Town, we picked up a rental car and then drove all over the Western Cape, along the coast way past Hermanus, through the foodie and wine capital of Stellenbosch, to the lovely inland valley town of Franschhoek. 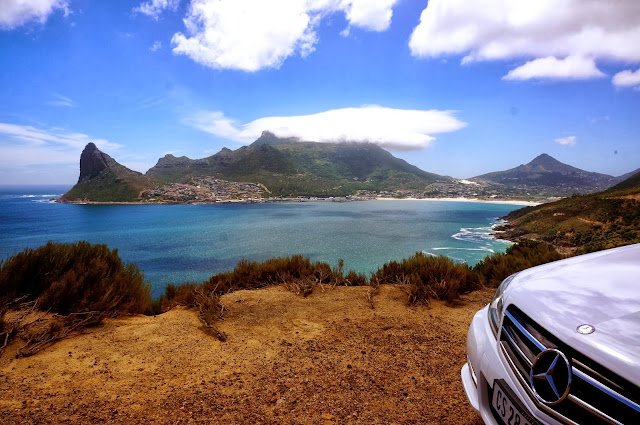 IT’S TRUE LOVE AFTER 48 HOURS.
OR JUST A GAMBLE.

And 48 hours into a stay in Cape Town, a city that had never been on his radar before, he’d decided he wanted to live there.

Actually, he didn’t really plan to live there. He just wanted to have an apartment. I know the feeling well, but when I get this same feeling, I don’t usually call up a real estate broker and get out my credit card.

I tried to talk him out of it by telling him how much easier it is to stay in a beautiful suite in a luxury hotel with twice-daily housekeeping and 24-hour room service than to go home to your own place and have to set it up each time.

But his ego was set on owning a piece of beautiful Cape Town.

He added: “Besides, the South African rand is so cheap that it makes everything look like a fire sale.“

So basically, this was a punt he was making with some extra dollars he had. I don’t do stuff like this but many of my friends around the world, in Tokyo, Hong Kong, London and New York, seem to think real estate is a game and the world is a Monopoly Board.

My friends have picked up vineyards in France and Napa, hotels in India, villas in Thailand and all over southern Europe just for the fun of it. Or on the spur of the moment.

And just two weekends ago, while I was at a hot springs inn in Japan, a friend from Manila had sent me a photo of a property he thought he might buy in real-time on holiday in Queenstown, New Zealand.

“You do know you’re never going to live there or visit it enough, right?” I’d messaged him back, smiley face and all.

A PEDICURE GETS IN THE WAY

But back to that morning at the One & Only Capetown, living a Travelife.

Unfortunately, I’d already booked myself a Bastien Gonzalez pedicure at the One & Only Spa and I was so looking forward to this as this was supposed to be the best pedicure in the world.

Besides, I didn’t really think he was serious about the apartment, whereas the odds of getting another Bastien Gonzalez pedicure in the next six months were low — I would have had to go to Mauritius or Paris for one. 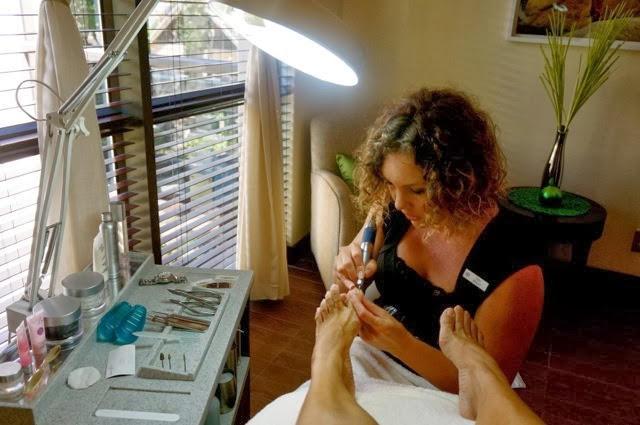 So I waved him off goodbye and then headed for the One & Only Capetown’s spa for some Me Time.

But when we met up again at lunch, there he was, practically holding the keys to a three-bedroom penthouse flat with an infinity hot tub and an amazing view of the sea. It even had parking for three cars, and I didn’t know what he was going to do with that.

AFTER THE APARTMENT, IT’S A VINEYARD. 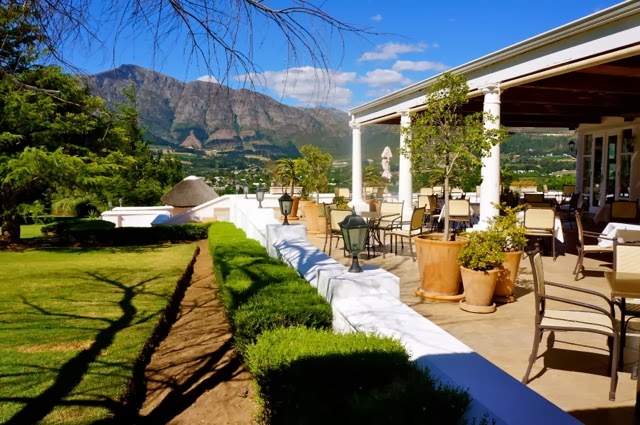 Five days later we were in the general Stellenbosch area, which is the heart of South Africa’s food and wine country.

And there he was again, practically in seventh heaven, in love with the place and looking for a vineyard to buy. We had lots of common friends after all who’ve bought vineyards in France, and I think this was his peg for the idea. Besides, a South African vineyard is way cheaper than a French one.

How’s that for a never-endingly eventful Travelife? 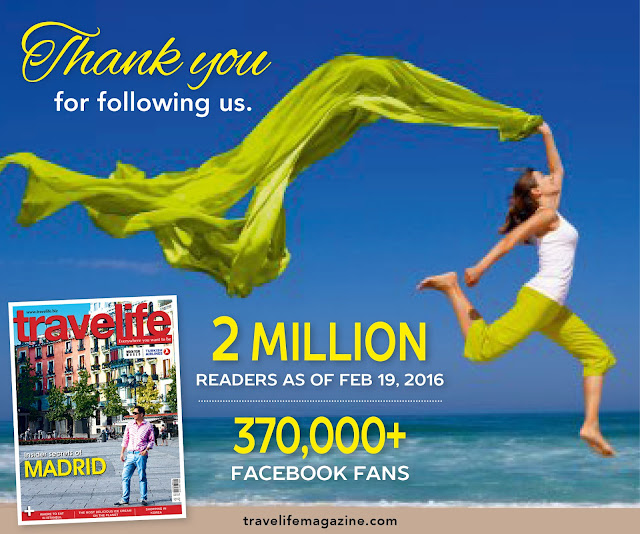