Best of a Travelife 2013: 36 hours from Tanzania to Manila 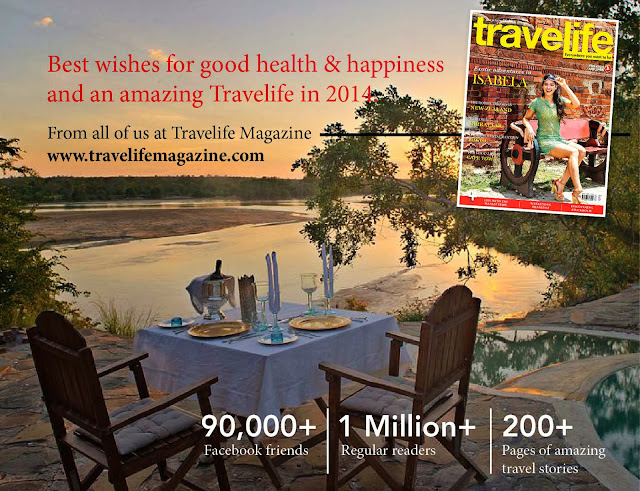 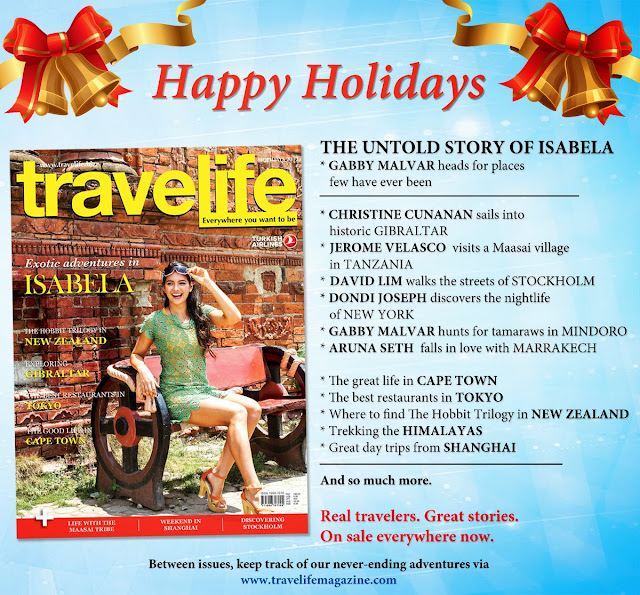 36 HOURS IN A TRAVELIFE
Every single day in a Travelife is terribly interesting, but never moreso than in 2013. It was a year full of great adventures and amazing travels.

But if I had to choose a most enjoyable 36 hours in a never-endingly eventful Travelife, I think I would choose a couple of days last October, when a 36-hour period began in the sleepy seaside city of Dar es Salaam in Tanzania and ended in Manila.

This particular 36 hours spanned at least three continents, six meals, and way too many interesting things, even in a never-ending Travelife. 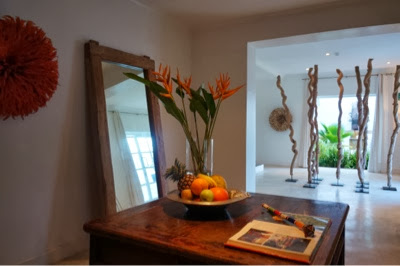 I woke up in Dar es Salaam, Tanzania, on the last morning of a two-week holiday that included three safari experiences and a beach resort.

We stayed in a lovely boutique hotel right by the sea, in the best part of town.

It was a very nice way to end a holiday in a pretty exotic country because this hotel was so tasteful and comfortable, reminding us of those lovely old houses in New Manila. 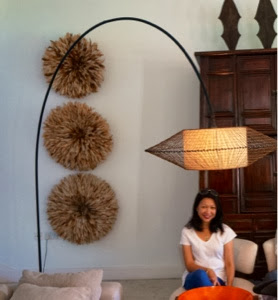 This boutique hotel was a genuine find.
It had only eight rooms, and it was really more of a house than a hotel.
Everything was simply but beautifully done  — from the interiors of the public rooms and the bedrooms, to the meals. 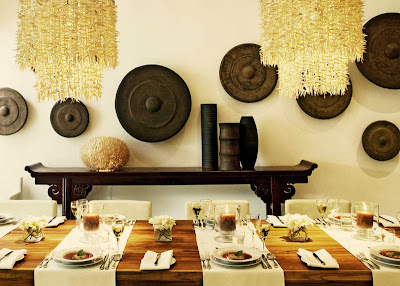 I was so glad we stayed here.

We almost didn’t, you see.

I’d chosen all the hotels for this trip, and for this overnight stop in Dar es Salaam, I’d initially booked an equally nice hotel, but one that catered more to business travelers.

Follow @TravelifeMag
NO NEED FOR A PUSH TOWARDS LUXURY 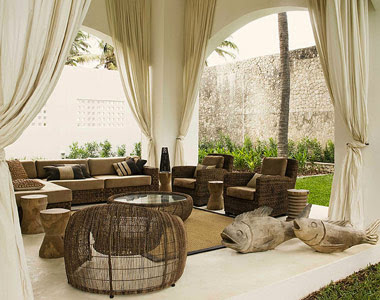 I figured we could go with this “safe choice” after two weeks of stays in some of the most beautiful lodges and resorts in this part of the world.

It was basically an overnight stop anyway, on our way back to Asia. 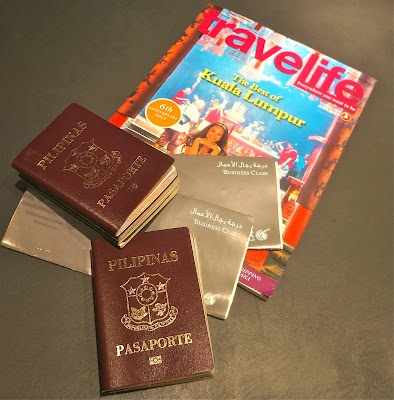 But when the Travel Companion saw my list, the first thing he said was: “That’s so unlike you.“

He meant my choice of hotel in Dar es Salaam. Everything else I had chosen was fine with him, and very much in keeping with my typical preferences.

Well, I need very little encouragement to go for the more luxurious option anywhere and anytime, so we booked this beautiful hotel instead.


It certainly made our stay in Dar es Salaam. 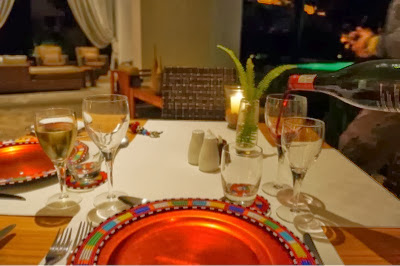 This hotel has a very interesting set-up.

They fully acknowledge that they cater mainly to upmarket travelers on their way to or from the safari lodges in Tanzania, which are all a bit of a distance from Dar es Salaam. 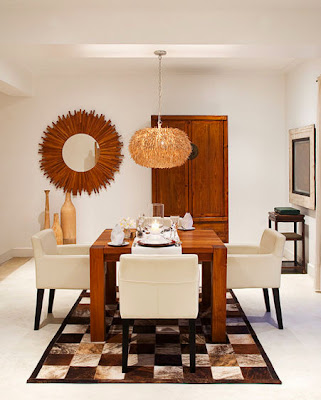 No one really goes to Dar es Salaam to sightsee.

So most people who stay at this quietly luxurious hotel do so on full board, and so did we.

However, we did also have one very nice lunch at a trendy new restaurant called Cape Town Fishmarket by the marina, which is supposed to be the best place to eat in Dar es Salaam. 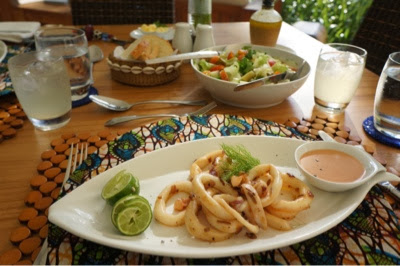 At our Dar es Salaam hotel, we had one rather late lunch, one very nice dinner, and one satisfyingly healthy breakfast.
All meals were taken on a terrace facing a garden with a swimming pool and a very large tree, reminding us of old-style houses in New Manila. 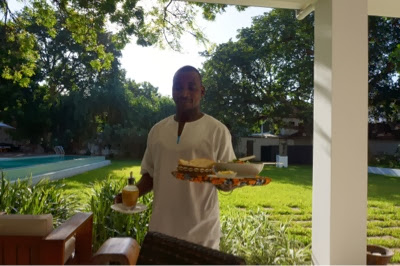 It was very comfortable and relaxing.

In fact, it was the perfect way to end a pretty wonderful two weeks in Tanzania, living a Travelife.

Not that there is a perfect way to end a nice holiday.
ENDINGS AND BEGINNINGS 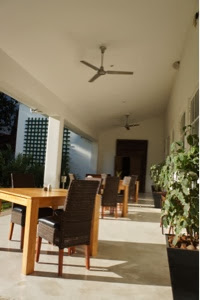 So many things were waiting back home and ending a holiday is always a part of a Travelife.
But since we flew out of Dar es Salaam on the long way back to Asia, I couldn’t help feeling rather sad about it all.

This melancholy feeling continued even after returning to Manila.

Fortunately, I literally had no time to be sad.
NO TIME FOR SADNESS
From the airport, I went home to drop my bags.
Then off I went to Solaire Resort to join the rest of the Travelife team and our valued partners for the Rob Schneider stand-up comedy show tonight. 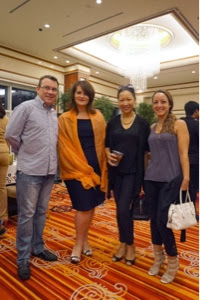 When I got to Solaire, the lobby was already teeming with people, including many celebrities who had come to watch Rob Schneider in action.
THE BEST TEAM IN THE WORLD 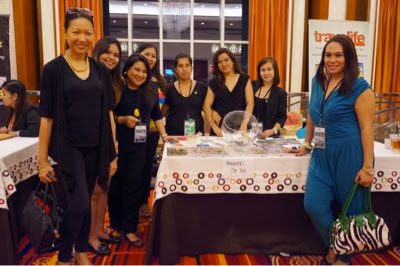 Our hardworking Travelife team and the teams of our partners had everything immaculately set-up, and things were going like clockwork.
Yes, I’d been in Tanzania on a Travelife for two weeks, during which we’d released our latest issue and organized three major events. 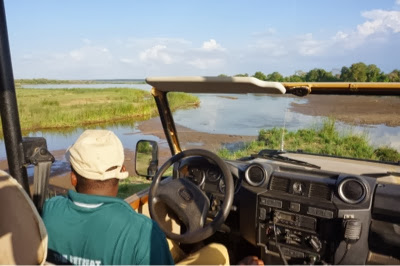 Almost everything had been done without me, as I was in Africa chasing black rhinos, in places with slow Internet connection.
I’d even lost my phone on the first day of my holiday, which is half a bad thing and half a good thing. I was basically incommunicado for two weeks — and wasn’t that nice.
ROB SCHNEIDER BRINGS THE HOUSE DOWN 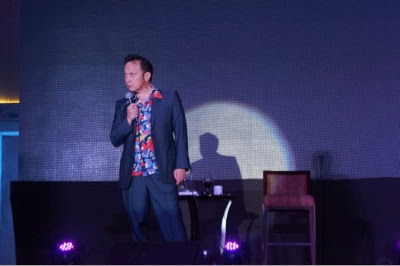 And what a fun evening we had at Solaire Resort, watching Rob Schneider’s stand-up comedy show.
Even I had underestimated how much Rob Schneider would make me laugh.
“Great show. Rob Schneider had us in stitches.”
– comment on Facebook
Sitting in the third row, I was giggling the whole night.
Meanwhile many of my friends, who were seated with me in the same row, were holding their sides, almost bursting with laughter.
EVERYONE’S LAUGHING
In fact, the entire ballroom of 2000 people were laughing practically the whole night.
It was a great way to return to Manila, seated amidst friends and laughing the entire evening at the jokes and antics of a top Hollywood comedian.
So maybe there is a less than imperfect way to end a holiday after all. At least in a never-endingly eventful 36 hours in a Travelife. 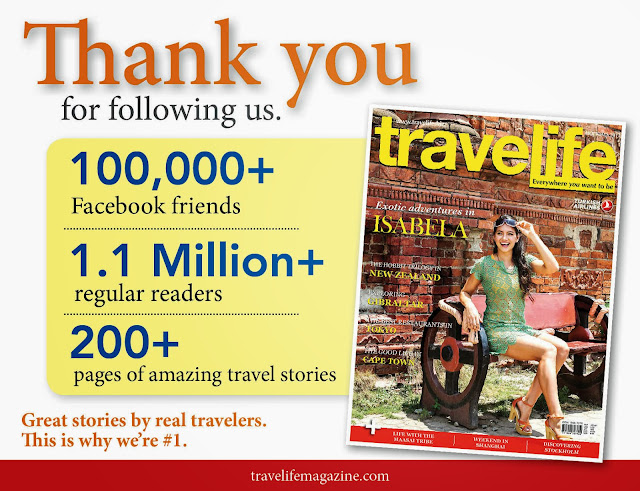