All about a great malva pudding and my last few sunsets in Northern Cape, South Africa’s Tsuwalu Game Reserve 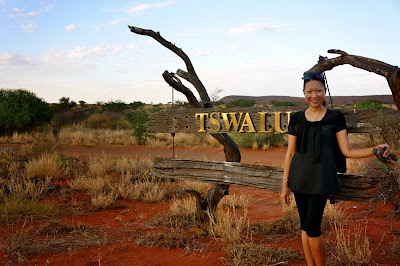 The other day, I landed in the private airstrip of the Tsuwalu Game Reserve, which is the finest safari lodge in the Northern Cape.


Service is sleek and friendly, and there is utter privacy. 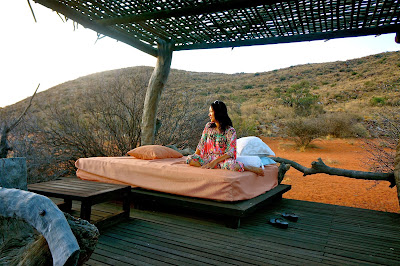 Best of all, it’s got some great game viewing, although it’s not the place to go if it’s your first safari and you’re intent on seeing the Big Five.

This is more of a safari place for those who have already been on several safaris. And it’s perfect for relaxation.

YOU NEED YOUR OWN PLANE

Tsuwalu Game Reserve is quite an exclusive place, as the barrier to entry is literally quite high — making it nice for those who want to get away from it all. 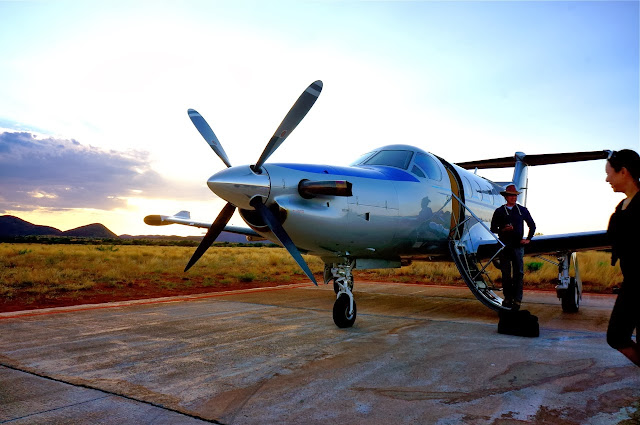 There are no commercial flights or chartered safari flights to the Tsuwalu Game Reserve, which is a Relais & Chateaux property by the way.

So you either must land on their private airstrip in your own plane (which is what I did, as I had use of a wonderful Pilatus C12 for a week), or you must get Tsuwalu to arrange a private flight for you.

In my case, I landed just after lunch and my pilot Francois parked the plane to one corner.

Then I jumped out and headed for the hangar while my bags were being unloaded. 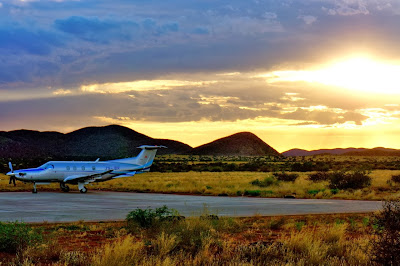 Now I think the Pilatus C12 is the coolest small plane in the world. If someone wants to know what I really want for Christmas, this is it.

But while I was sitting in the hangar, getting a cold sparkling drink, another private plane landed and totally eclipsed my Pilatus.

It was colorful and fun, and it caught everyone’s attention. 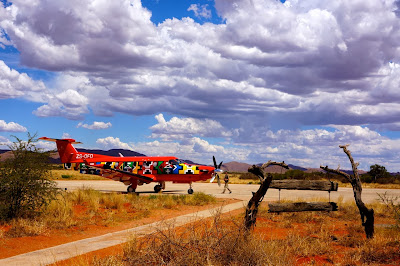 Out of it popped out a very cool and casually dressed European couple, although I never saw them again, as I was billeted in the villa of the owners, and they were staying in the main lodge, and the two twains never meet.

A FABULOUS ESTATE OWNED BY THE OPPENHEIMERS 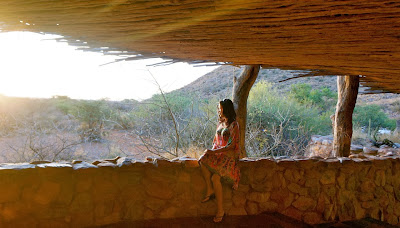 Tsuwalu Game Reserve, by the way, is the private estate of the Oppenheimer family of De Beers Diamonds fame.

In fact, the Oppenheimers just left on the day I arrived.

And from the hangar, it was a one-hour drive through some of the most scenic desert possible, with the mountains on one side, and desert plains on the other.

We saw some lions along the way, along with a host of other beautiful wildlife. 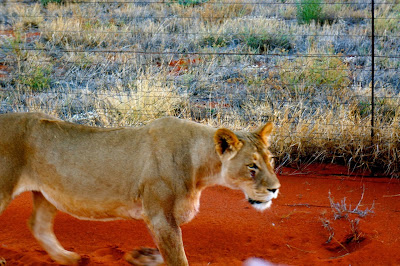 A STAY AT THE OWNER’S VILLA

I stayed in the private villa, which is where the Oppenheimers stay when they come over, and this villa has its own private chef and staff.

As soon as I got in, I ordered a massage and a facial in my room. 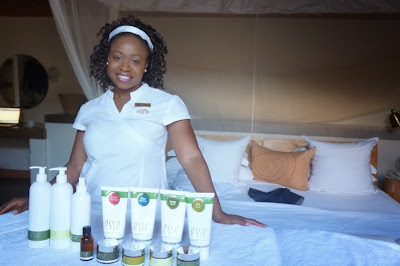 And then the private chef allowed me into the kitchen to get a refresher course on how to make a great malva pudding. 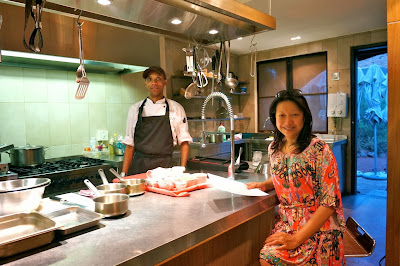 A PRIVATE GAME DRIVE
WITH THE GM

In the evening, the general manager came over and personally took me out on a night game drive, before we sat down to a feast — literally, a feast — under the stars on a beautiful but windy night. 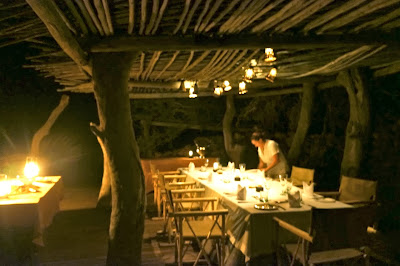 Not a bad way to end another wonderful day in my never-ending, and never-endingly eventful Travelife.