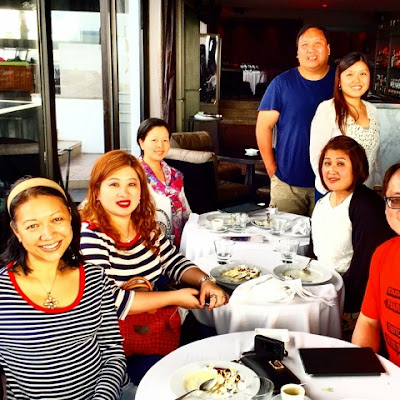 Today in beautiful Morocco, living a Travelife, we journeyed from the capital of Rabat to the red coloured city of Marrakech.

On the way, we stopped for lunch at Le Cabestan, which is right by the sea in Casablanca.

It’s among the most fashionable restaurants in Casablanca and my great favorite. 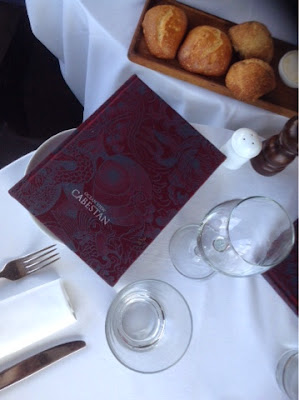 Last June, on holiday for two weeks in Morocco with the Travel Companion, we also stopped at Le Cabestan for lunch, on our way to Marrakech from the old imperial capital of Fes.

It was love at first sight, as Le Cabestan has a casual chic vibe and it has a killer location right next to the Atlantic Ocean. 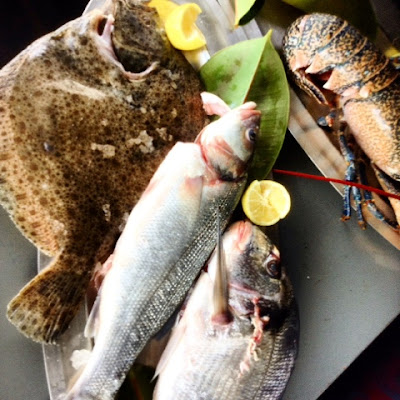 STYLE CENTRAL
It also has an ultra-stylish clientele — think guys in smart suits on weekdays and in GQ type casual wear on weekends, and beautiful women with their Birkins everyday — and simple but nice interiors.
The other draw here at Le Cabestan is the seafood, which is fresh and cooked to perfection. 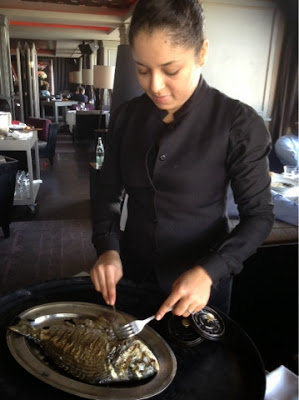 LUNCH IN CASABLANCA,
DINNER IN MARRAKECH
LAST JUNE
Last June, we had oysters and all kinds of good things to eat.

But we tried not to order too much as we had a big gastronomic dinner waiting for us at the Four Seasons Marrakech that same night.

However, today, I decided to throw all dietary concerns to the wind.

I ordered my usual oysters, which I love, and today the manager told me that these are oysters from the Atlantic, caught on the southern part of Morocco.

These were excellent, and I had these with two glasses of very good local white wine. 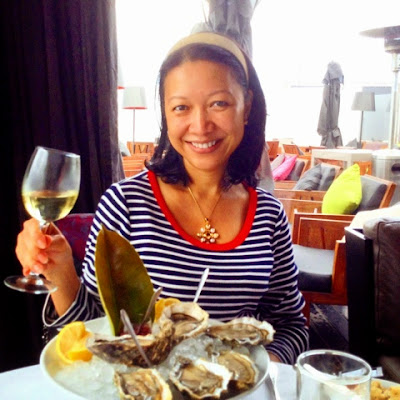 TORN BETWEEN TWO CHOICES
For a main course, I was torn between fish baked in sea salt or a lobster pasta.

Some of our Travelife Magazine readers and friends ordered the fish baked in salt, but I decided to finally order the lobster pasta that I remembered seeing all the locals eat last June. 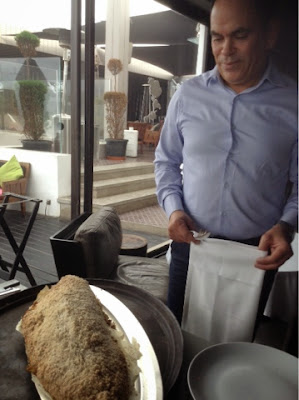 REMEMBERING A LOBSTER PASTA
Last June, you see, we’d been surrounded by fashionable locals from the neighboring residential districts around the Corniche, and I swear everyone was eating this lobster pasta.

It took all my self-control not to order this pasta for that lunch since we weren’t planning to eat a lot. 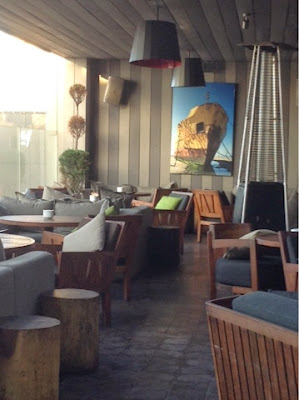 The Travel Companion had actually said to me, since he was taking me to lunch: “You can order one if you want.“

This was after we’d already ordered a full lunch.

But I didn’t do so since I was thinking of the big dinner we had already planned and booked that same night in Marrakech.
A SECOND CHANCE AT A LOBSTER PASTA 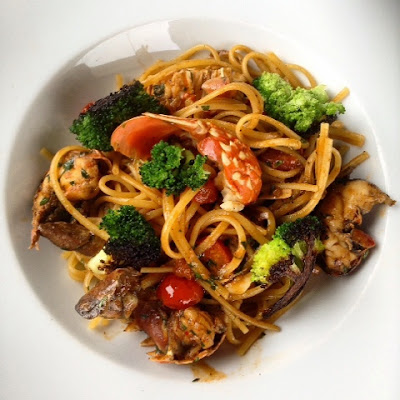 So today, given a most unexpected second chance at Le Cabestan in a matter of five months, I decided to finally order the lobster pasta.
It was absolutely delicious.
A TRULY UNIQUE DESSERT 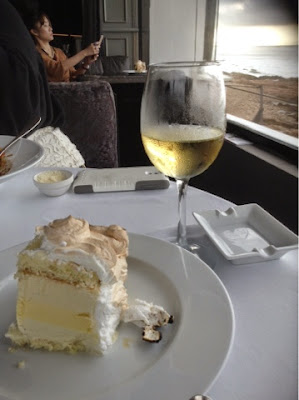 Meanwhile, for dessert, our whole group had an absolutely scrumptious flambé dessert of cake, meringue and ice cream.

It was so good and none of us had ever had anything like it before. 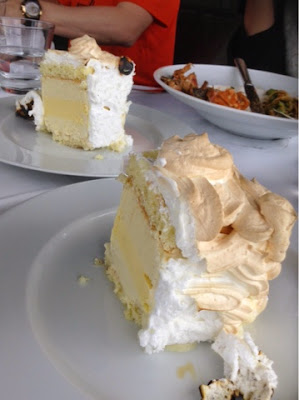 This must have been a 5000-calorie dessert. It certainly tasted like that.

You know how things that are soooo good are usually not so good for you? Well, this felt like that.

But I ate every single bit of it and enjoyed it, on just another wonderful day in Morocco, living a never-ending, and never-endingly eventful Travelife.