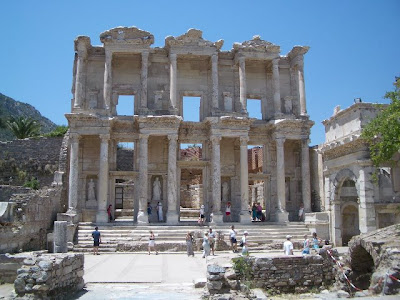 It takes more than facts & figures to make a great tour guide.
Turkey is one of my favorite destinations.

Once, after a Silversea cruise from Istanbul to the Ukraine, we went to see the ruins of the ancient Greek city of Ephesus and the wondrous, sparkingly white crystalline formations at Pamukkale.

We took an early morning flight from Istanbul to Izmir, Turkey’s third-largest city and the gateway for our explorations.

A PRIVATE GUIDE FOR A WEEK

At the airport, we were welcomed by Marti, our private guide for a week of touring around the region.

We basically wanted a crash course on antiquities and Turkey’s ancient world, so I had specifically asked for someone with a good sense of culture, enough knowledge and patience to answer our many questions. 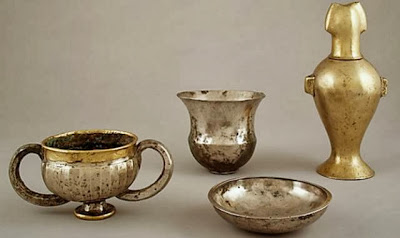 An elderly college history lecturer with a good sense of humor, kind eyes and strong arms that he constantly claimed were sunburnt almost black from digging artifacts at the height of summer, Marti fit my wish-list for a tour guide exactly.

He certainly knew how to faze us from the outset.

“I took Mel Gibson around Turkey for a month when he was researching for the movie ‘The Passion of Christ,’” he casually told us at the airport, by way of introduction, as we stood in the driveway waiting for our van. “This was when I was on leave from teaching at the university and not conducting archeological digs.” 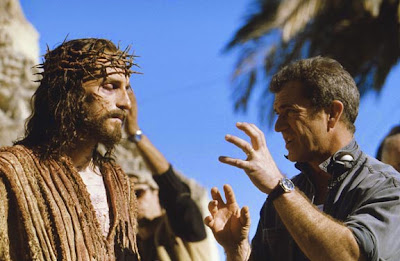 If this was designed to impress, it worked.

And somehow, I remember making a mental note to myself to make sure we somewhat measured up to what I imagined was Mel Gibson’s tips. 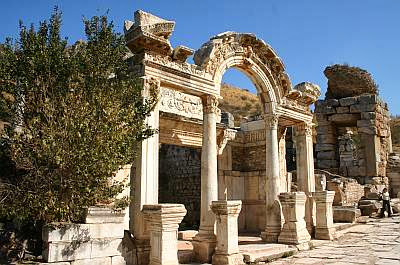 NICE TO SEE YOU AGAIN
Later on, at a local museum, he pointed to a tiny, delicate gold statue of a plump woman holding a jar, and said with pride, “I dug this with my bare hands two summers ago.”
In another museum, he walked straight to a broken jar of white clay as if this was a long-lost friend.

I could have sworn he was teary-eyed.

“I still remember how I discovered this,” he said. “I had been digging all day and I was already tired and ready to give up, when my hands felt something hard and round in the soil. I was so excited, but at the same time I had to remember to control myself, in case I damaged some part in the process. When I finally saw this jar, I felt it was the most beautiful thing I had ever seen.”

IT’S ALL ABOUT THE MEMORIES 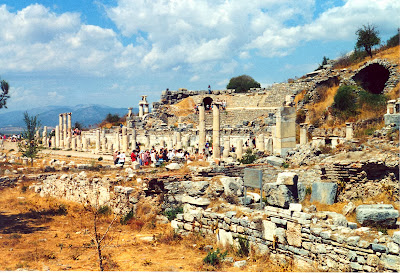 In Ephesus, Marti took us to the Library of Celsus and the ruins of the Temple of Artemis.

It was a scorchingly hot day but he wove fantastic tales around each set of fallen columns or broken statues, that we were compelled – or rather, enthralled – to keep moving on.

Every site had a story, and Marti resurrected each one with the expert touch of a magician.

THE BEST IS ALWAYS LAST 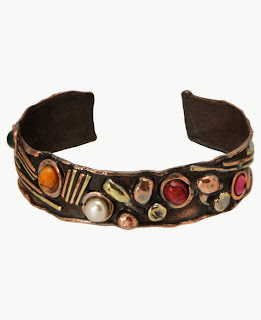 However, Marti reserved the best tale for last. On our last day, he suddenly turned around from the front seat of the car with a quizzical look.
“Do you like jewelry?” He asked me. Of course I did. 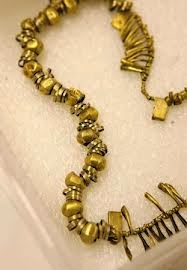 Without waiting for an answer, however, he continued: “Because you are such nice people, I’d like to take you to the place where I bought my wedding ring.”

Then he added: “We’ve been going here for years, and each year since we were married, my wife has saved up and bought a piece of jewelry here. Because it’s such a special place for us, she told me: ‘Marti, don’t bring tourists to my favorite store. Just bring friends.’ ” 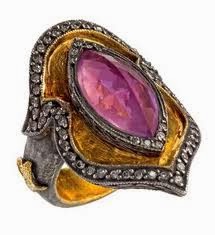 But after a happy week of wondrous stories, we willingly gave him the benefit of the doubt.

THE ONE THAT DIDN’T GET AWAY

Almost on cue, the driver did a sharp right turn and we found ourselves in front of a two-storey jewelry emporium with very friendly people who rushed out to greet us as soon as the van stopped. 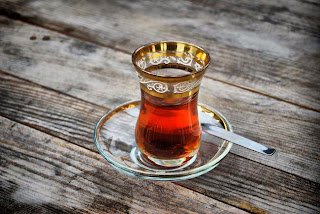 Many glasses of Turkish apple tea later, we left the store with some packages and a slightly used credit card.

“You will not regret it,” Marti told us back in the van, beaming back at me like a proud father. He certainly seemed to be in a good mood. “This will be your wonderful memory of your Turkish holiday.” (It certainly was. Each time I wear my necklace, I remember our wonderful time in Ephesus.)
THE MILLION LIRA QUESTION

When it was time to say goodbye, the question of tips came up.

What exactly do you tip someone who has guided a Hollywood superstar and who practically dug up most of Ephesus with his bare hands?

Somewhat compelled to match our appreciation for an educational and entertaining week to his impressive qualifications and to what we imagined might have been Mel Gibson’s Hollywood-sized tip, we gave an amount perhaps larger than necessary. 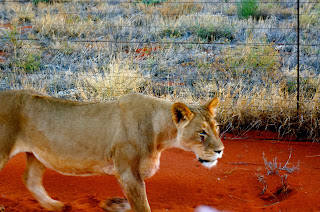 We stood by the front entrance waving enthusiastically until he was finally out of sight.

“Did you have a good time here?” The doorman who had been observing us the entire time asked. 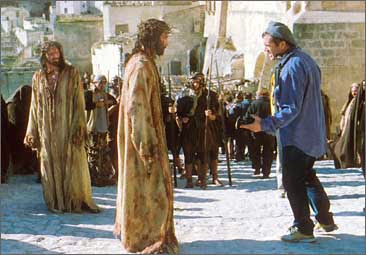 “Oh yes,” I answered. “Marti’s a great guide. He took Mel Gibson around for a month when he was researching for his movie here.” I don’t know why I said this, but I felt this would prove what a good guide — and what a great time — we had had.
The doorman smiled at me patiently, as if we were sharing a joke.

Then he said: “Oh, did he say it was Mel Gibson this time?”