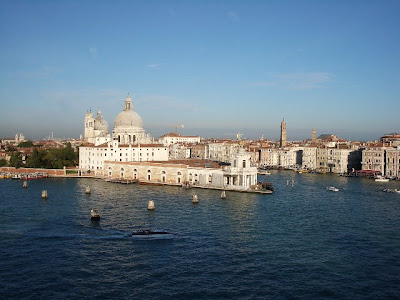 A recent piece on Venice in the New York Times Magazine prompted me to reminisce about the week I spent alone in this hauntingly beautiful lagoon city some years back.

WHAT A BULL MARKET CAN DO

It was at the height of a European summer and a strong global economy, and Venice was full of prosperous and confident tourists – many of them Americans pursuing culture and other pleasurable diversions.

I had flown in from Rome on my own after a holiday on the Amalfi Coast with some friends; eager to rediscover a hauntingly beautiful city.

I had been to Venice twice as a child, and never again since then. Suddenly the idea of exploring Venice’s maze of canals and alleys called out.

So instead of returning to Asia after my holiday, I decided to fly to Venice. Within a day, and with the help of the concierge at the Hotel Hassler in Rome, I had booked flights and lodgings and was at Venice’s Marco Polo Airport waiting for the hotel’s private boat to take me to the Danieli Hotel.

From the start, my Venetian adventure was full of vignettes of the wealthy American abroad.

Upon arrival in Venice, I spent about 30 minutes waiting for the Danieli’s hotel boat when an unhappy couple dragged their suitcases next to me. I watched slightly fascinated as the couple exchanged furiously angry glances at each other, and then finally the man kicked one of the bags so hard it fell into the water and had to be retrieved with a stick.

We then spent a wordless 10 minutes together in the heat, until I finally lost my patience and asked one of the boat porters in my best travel Italian:


“Where is the hotel boat?”

Of course, this being Italy, he didn’t know.

“What time is it arriving?” I continued, already feeling this was going to be a useless conversation. This was very uncharacteristic of me because, if you know me, you’ll know that I never indulge in anything useless. Life’s too short.

The man gave a shrug.

“Isn’t there a schedule for the boat?” The male half of the sullen couple piped in, in English. I realized then that they were Americans. The Italian boat porter again gave a predictable shrug.

I then turned to the couple and said, “We can share a taxi if you want. They’re notorious rip-offs for tourists, but if we split the bill, it will be better than waiting around here.”

I could think of better ways of reaching Venice than sharing a vaporetto (water taxi) with a feuding couple, but I was tired and eager for an aperitif and dinner. 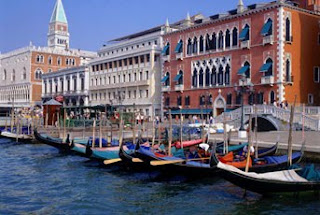 After so long, my first view of Venice from afar, with its palace roofs and church spires rising dramatically out of the water, filled me with wonder. I could not imagine why I had stayed away for years.

ABOUT THE BEAUTIFUL AND ANCIENT
DANIELI HOTEL OF VENICE

And the historic and ancient Danieli Hotel, at the mouth of the Grand Canal and next to the Doge’s Palace and the Bridge of Sighs, was magical.

The Danieli Hotel is a lovely place with a Moorish-inspired lobby straight out of a fairy tale. Even now, I never fail to walk through the lobby and catch my breath at the gorgeous spectacle in front of me. 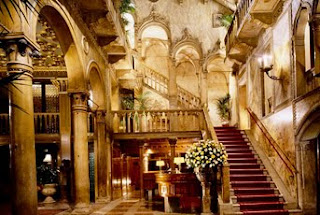 That first time at the Danieli, I got a suite in the main building with French windows and a little terrace that overlooked a canal. I flung the windows open just in time to hear the peals of the nearby church bells and a gondolier’s lyrical shouts from below.

It was at this moment that I felt my Venice adventure had begun. 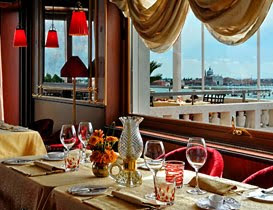 That same evening, I booked a terrace table for a solo dinner at the Danieli’s rooftop restaurant. I could’ve just as easily ordered pasta from room service and stayed in with a book, but I figured Venice alone had to be done in style.

I sat down to dine just as the summer sun was setting and ordered a plate of linguine with Venice clams in a white wine sauce and a bottle of wine.

It was the perfect place to enjoy views of the city as it settled into its evening routine.

Next to me was a long table of East Coast debutante-types being chaperoned by an elderly matron, who also took it upon herself to educate the young ladies on the charms of Italy.

She read aloud poetry on Venice and a chapter on the history of St. Mark’s Basilica and the surrounding areas, before starting a discussion on fine dining deportment and good manners.

It was very good entertainment to eavesdrop on this dinnertime lecture.

DOWN TIME IN VENICE

Over the next days, I observed a leisurely routine that made me feel more like a temporary resident than a tourist always on the rush.

After exhausting the sightseeing route of churches and museums, I left my guidebooks and maps at the hotel and meandered around aimlessly. In the process, I stumbled upon real local neighborhoods and encountered vignettes of ordinary Venetian life.


Venice may be a labyrinth but interestingly, with the Grand Canal as a guide, I never got lost.

One afternoon, I took the hotel shuttle to the Lido, an 18-kilometer sandbar with great cafes and a wide beach that’s about a 15-minute ride from Venice proper. The boat was shared by the Danieli Hotel’s guests and that of its sister hotel, the Gritti Palace.

Just as we were leaving, two little girls in identical yellow sundresses clambered aboard with their grandmother. We all thought they were adorable.

“What have you been doing in Venice?” One of the passengers asked the girls.

“Shopping,” replied one of them. “We love the Prada boutique.” She must have been barely six or seven, but she was obviously going on twenty-one. Her sister was probably slightly younger.

The grandmother was a willing accomplice. “Show them what you bought,” she encouraged them. The little girls dutifully paraded matching Prada appointment books and pencil cases in colorful colors. 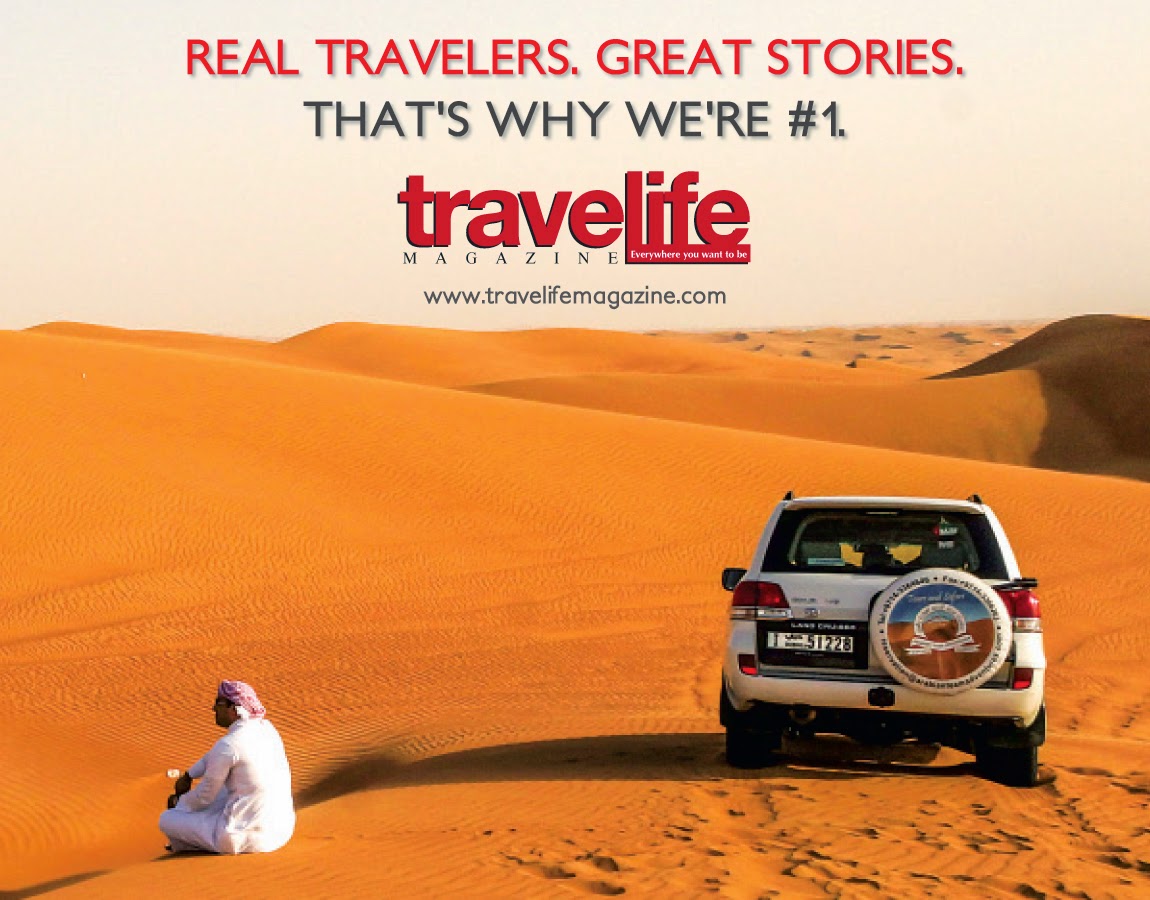 None of us spoke. We all didn’t know whether to be charmed or shocked. Finally, someone asked them, “Where are you girls from?”

“New York,” they chimed together. “We’re just here for the summer.” And one of them added. “We live on Park Avenue.”

Somehow we were not surprised.

Later on in the Lido, however, I spied them playing happily in a public sandbox exactly the way two little girls their age should be doing. The grandmother had dozed off in a nearby lounge chair, and their expensive appointment book sets had been cast aside in favor of plastic pails and shovels.

Thankfully, the joys of a long stretch of beach on a late summer afternoon in Venice had turned them back into children again.