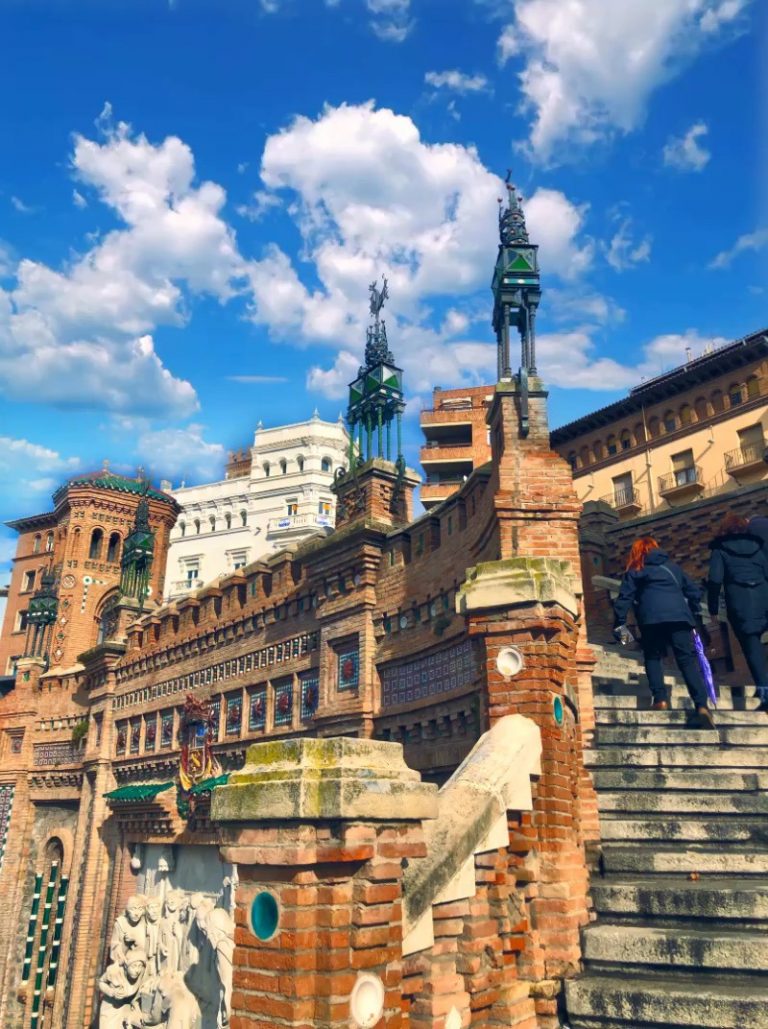 We were walking around a tiny hamlet of Mora de Rubielos in the interior of beautiful Spain one late afternoon last month. This is supposed to be one of the prettiest little towns in the country, or what the Spaniards describe as “los bonitos pueblos del interior de España,” so I was eager to see the town squares and the buildings.

It really is a lovely little town few foreigners have heard of. It’s also the epicentre for the truffle industry of Spain, which experts say is the biggest in the world. Just after we’d passed the church square, my companion said on the spur of the moment: “Let’s climb to the top of that mountain for an amazing view. It’ll be fun.”

There is a mountain right next to the town and locals climb this for exercise. The 14 Stations of the Cross are also installed along the ridge, so many people from around the region come here during Holy Week to complete their prayers.

The view from the top, where there is an ancient look-out tower, is supposed to be breathtaking. There are few foreign tourists in the regions of Castilla-La Mancha and Aragon, by the way. Most travelers bypass these places to head to the major cities outside Madrid like Barcelona, Seville or Toledo.

This is probably why Castilla-La Mancha and Aragon are often referred to by locals as the “real Spain.” They are way off the grid in every sense, so the town are all about real life. Tourists are few and far between.

I stayed in a lovely suite in the best hotel in Mora de Rubielos, for instance, with an impressive spa and a great truffle restaurant; and the receptionist said to me: “I think we had an Asian tourist once, a few years ago.”

THE MOUNTAINS OF SPAIN. AND OF LIFE.

Anyhow, back to the mountain next to Mora de Rubielos. This mountain was quite symbolic, as all of that day I was thinking of metaphorical mountains to climb in my life.

Then, so very suddenly, I was ending the day with a real mammoth of a mountain in front of me. There truly are no accidents in life. This was certainly the push I needed to tackle this mountain, along with the symbolic mountains of my life.

It was just at that border between autumn and winter when I visited, and that particular day brought freezing temperatures but clear skies. And just as my companion proposed a climb, we were quickly heading into night and the strong winds easily brought everything down by five degrees or more in three seconds flat.

If you’ve already been to the major cities of Spain, perhaps it’s time to explore “los bonitos pueblos del interior de España.” And to climb that mountain in your life.

But my companion was insistent. She said: “We must do it. When else will you have the chance? Carpe Diem.”

So we climbed the mountain in freezing winter weather. It was tough but obviously not impossible. Some of the locals were climbing this same mountain every day, in fact.

So we hiked up slowly, pausing to take photos every so often. And at the top, we were rewarded with views of this extraordinary hamlet, with its charming streets, exquisite original wooden architecture, and this massive medieval castle. And, of course, it’s famous truffles industry.

RELATED CONTENT: Hunting truffles with the King of Truffles in Spain

If you’ve already been to the major cities of Spain, perhaps it’s time to explore “los bonitos pueblos del interior de España.” And to climb that mountain in your life.

Read more about traveling in Spain in Travelife Magazine.