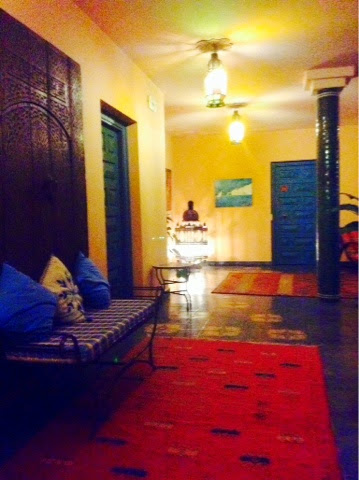 We arrived via a seven-and-a-half hour flight from Doha, landing early in the morning in Casablanca. 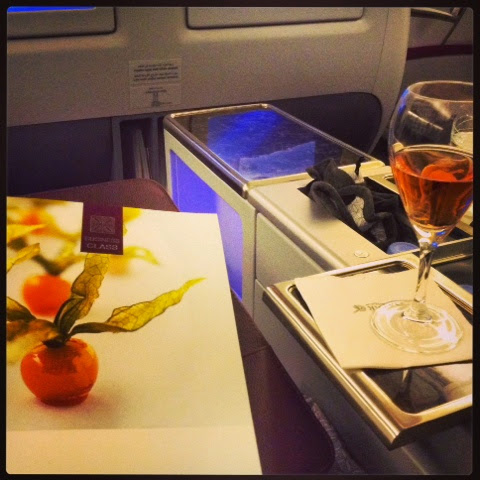 And from the airport, we plunged straight into a full day of sightseeing, beginning with the great Hassan II Mosque of Casablanca, which is supposed to the be the third largest mosque in the world after the mosques of Mecca and Medina in Saudi Arabia. 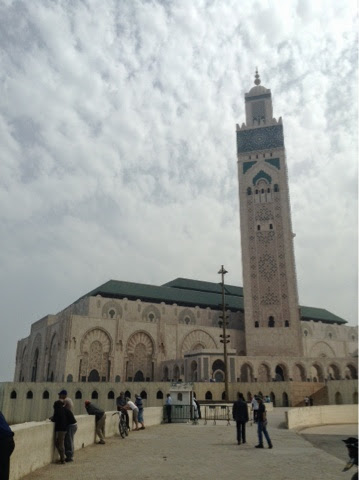 Wow. This mosque certainly was impressive. I was unprepared for the sheer size of it, when viewed from inside.

Frankly, I was also expecting a rather tacky interior, as it is a relatively new monument.

However, the interiors of this mosque are really beautiful and tasteful. 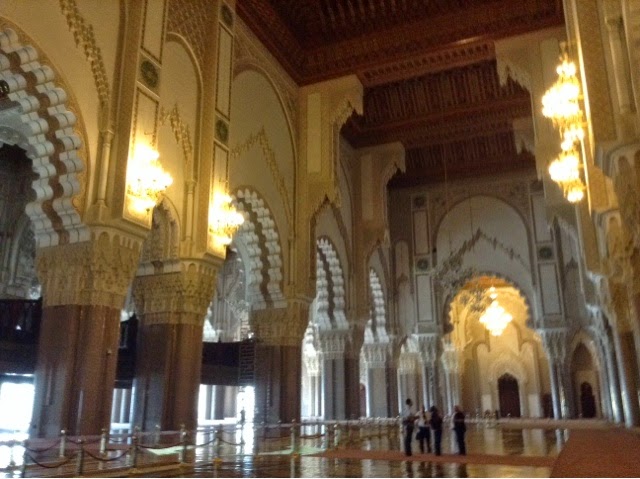 Many travelers bypass Casablanca on their way to the more picturesque parts of Morocco, and it really isn’t a very pretty city — to tell you the truth.

However, if you should find yourself with a few hours in Casablanca, you should definitely visit the Hassan II Mosque. 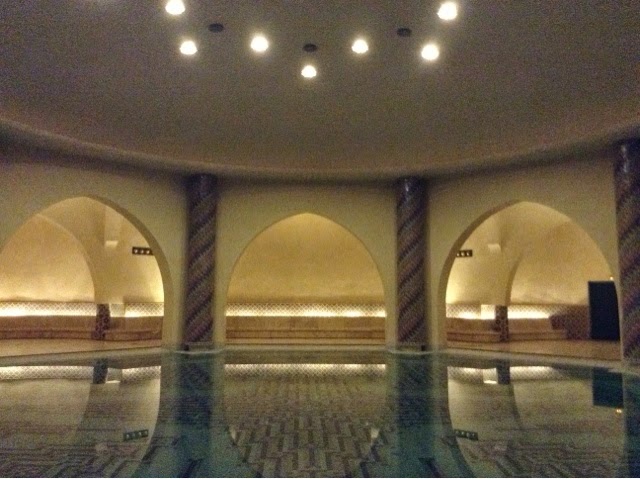 If you are a non-Muslim, this is the largest mosque you will be able to see in the world.
MY CHOICE FOR LUNCH

The Travel Companion left the lunch choice to me, so I chose Rick’s Cafe in the Old Town, which is a fancy restaurant inspired by the movie “Casablanca” but not at all directly related to it. 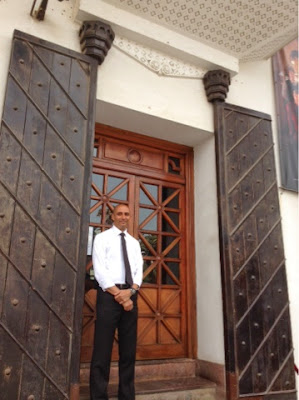 It’s a 100% tourist joint, but I figured that it’s one of these places you simply must see if you’re in Casablanca — at least once.

The Travel Companion said to me: “Are you sure you really want to go to a tourist joint?” He has a great distaste for tourist joints. 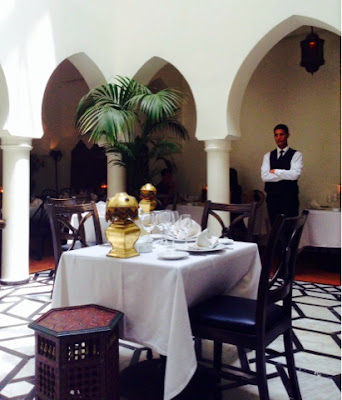 But I’d read somewhere that it was lovely inside, and that alone was good enough for me. There are few restaurants in Casablanca that I would be able to call “lovely.”

So, we went there. 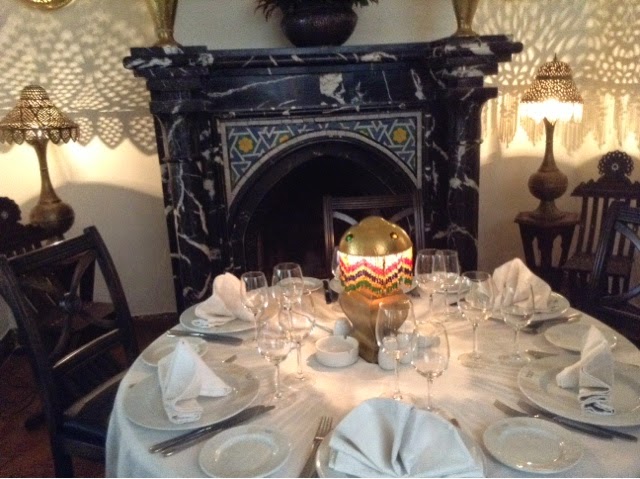 As expected, it was so nicely done. I think it’s the prettiest restaurant in Casablanca, and it certainly had the atmosphere that you would expect from the movie.

THE FOOD’S NOT FUN

Unfortunately, the food was something else. 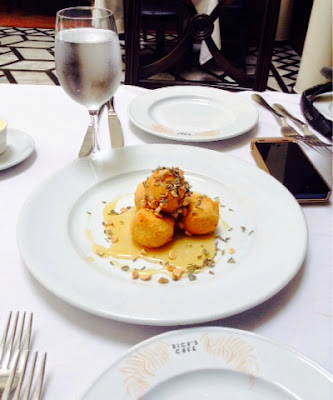 I ordered scallops with pasta as a main course, and that was pretty okay. However, the Travel Companion chose a goat cheese starter to share and then a hamburger as a main.

He’d said: “The lunch menu looks pretty uninspiring. But you can’t go wrong with a hamburger.” At Rick’s Cafe, it even listed the hamburger as a specialty. 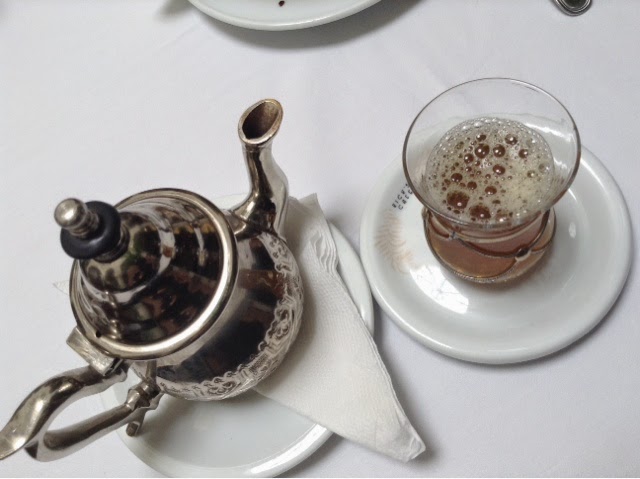 WHAT CAN GO WRONG WITH A HAMBURGER

“How can anyone go wrong with a hamburger?” He fumed, long after we had already sped away from the scene of the crime. Yes, I didn’t hear the end of it for the rest of the day.

He added: “This one tasted just better than cardboard. And you can quote me on that, in your blog.” 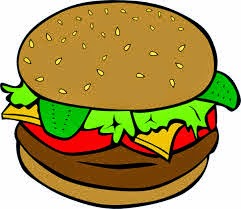 Wow. He usually never ever lets me quote him in this blog, even if he has a million quotable quotes.

In fact, I’ve studiously avoided referring to him in any significant way in the past few months. Until today, that is, on an otherwise pretty nice day in Morocco, living a never-ending, and never-endingly eventful Travelife. 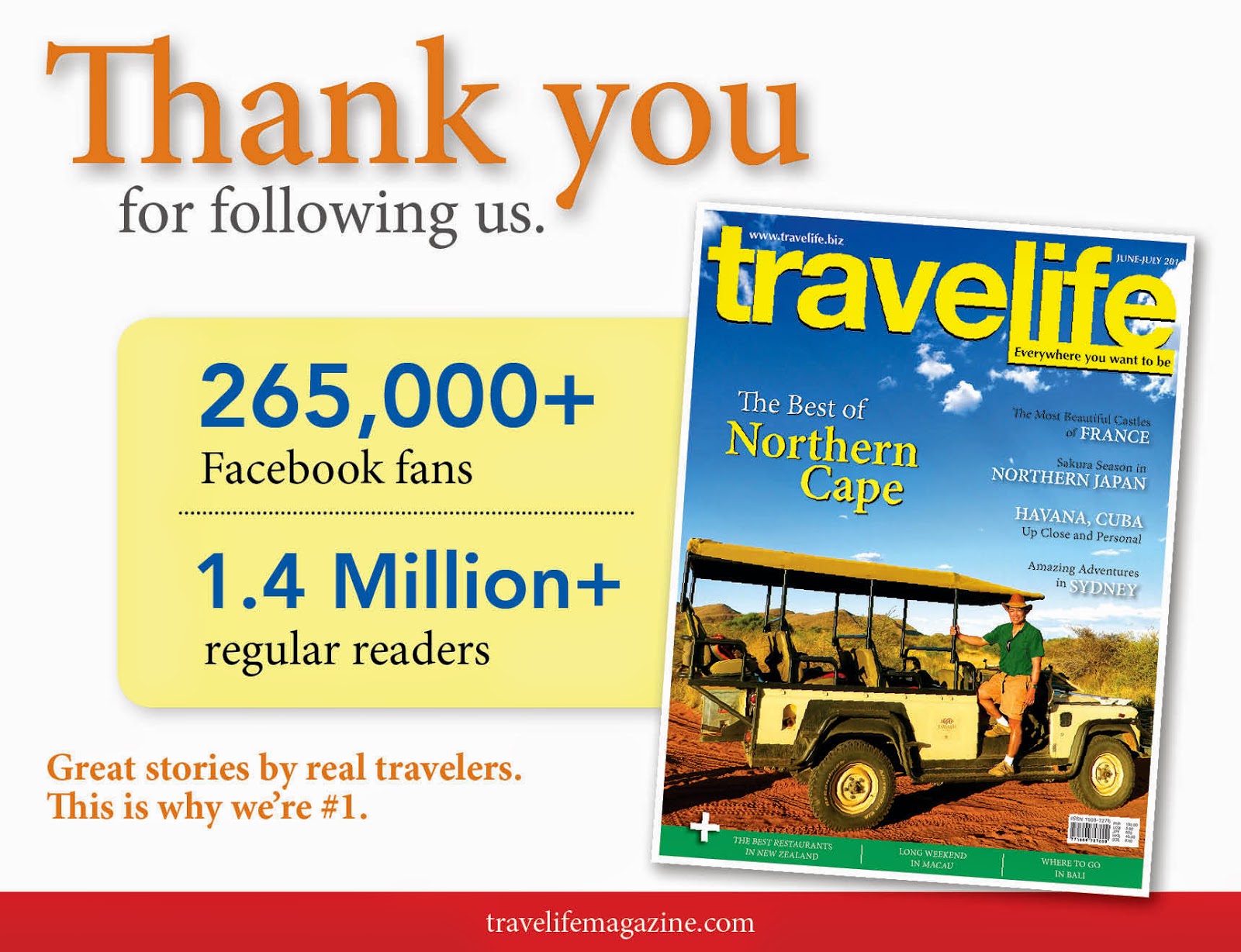