15 years of visits to Chiva Som, and weight gained and lost 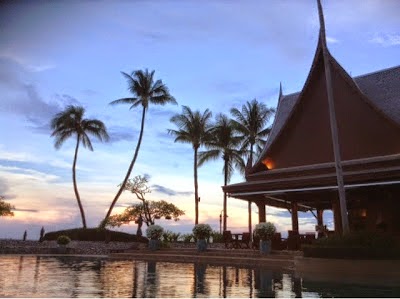 This morning in Thailand, living a Travelife, I was up bright and early for a long meeting with my personal trainer.

He was going to give me a complete physical assessment and then I had a Super Stretch session booked with him.

15 YEARS OF RECORDS AND MEMORIES
AT CHIVA SOM

When I arrived, he had with him my complete physical records over 15 years or so of going to Chiva Som. Then he made me stand on one of the most state-of-the-art body assessment machines I’ve ever seen.

This wasn’t just some weighing scale with a BMI measurement apparatus attached to it. 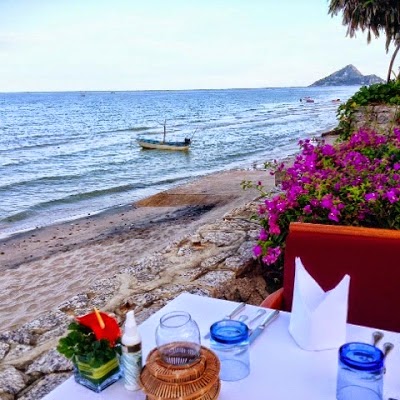 THE EQUIVALENT OF JUDGEMENT DAY

I was going to get everything about myself in cold hard facts and numbers.

In other words, as I already wrote in my previous blog entry, this morning was the equivalent of Judgement Day, to see where I stood physically as of October 3, 2014.

Wow. The results gave me a shock, although it was definitely a happy kind of shock. 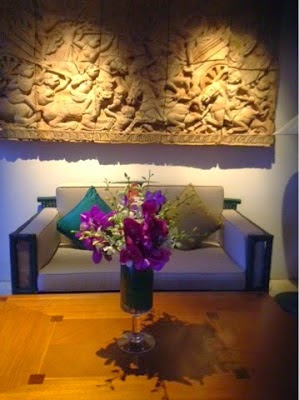 NO CHANGE OVER 15 YEARS

My trainer said: “You weigh the same as almost 15 years ago.“

In fact, when I looked at the figure, I actually weigh less now by a few points. But I didn’t feel the need to point this out.

He continued: “That’s quite impressive, to be at the same weight as 15 years ago. Normally, people gain weight as they age. That’s really hard work, to keep your weight over 15 years — especially with all your fancy dinners and lunches around the world everyday.”

Then I almost wanted to add, very cheekily, at this very point: “And I hope you’ve noticed that I haven’t aged either.“

But I decided to hold my tongue.

EVEN THE MEASUREMENTS ARE GOOD 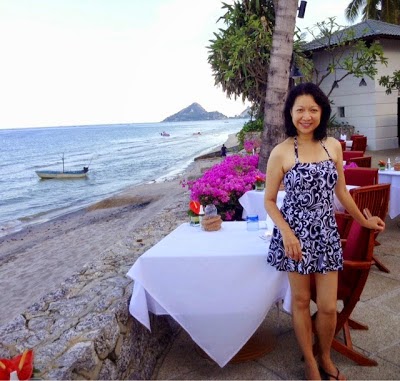 Then he did my measurements.

Even there, there were slight improvements compared to 15 years ago. Nothing major, unfortunately, but at least I’m smaller in bulk than when I first set foot here.

I said: “Wow. This is certainly more incentive to keep coming back to Chiva Som.“

Yes, I haven’t even left and already I’m looking for five to seven days in my calendar and any reason at all to come back here in the next six months.

And in the meantime, I celebrated this little victory over 15 years with a bowl of pasta.

What a coincidence that Chiva Som had spaghetti bolognaise on the menu today, albeit made with wheat-free pasta and no meat. If I have one indulgence in life, it’s pasta.

When I’m in Italy, I eat pasta twice a day with no regrets — my only condition is that it has to be the very best available in that place, to be worth the calories.

And what a wonderful, guilt-free lunch this was, on just another enjoyable day in my never-ending, and never-ending Travelife.

Click here to read about
world peace and Chiva Som