Visiting an artistocratic winemaker in Pommerol, a wine town in Bordeaux, France

The other day we drove to the wine town of Pommerol in Bordeaux, to visit an aristocrat in his lovely family home.

The home has been in the family for over 500 years, and it has also been a working winery for just as long.

ARISTOCRATIC WINEMAKERS FOR OVER 500 YEARS 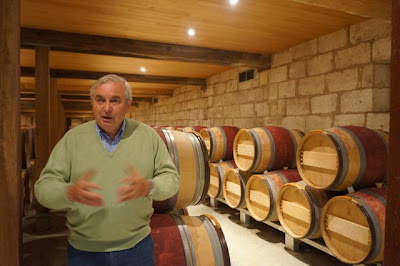 Chateau de Salle is not a very famous name in the wine industry, even if it is the largest winemaker in Pommerol, and extremely well regarded in terms of product quality.

But I arranged to see it on a private visit because I wanted to meet Bruno de Lambert, the current family patriarch, and to see his home/ vineyard. 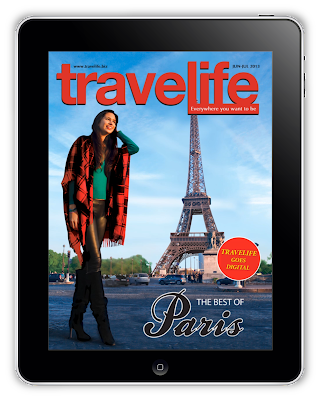 The wine of Chateau de Salle itself is pretty good.

But it is not a fashionable or famous one because Bruno de Lambert makes it exactly and only the way he wants to make it.

He said to us, with a twinkle in his eye: “It is my wine, after all. So I can do whatever I want with it.”

So true, actually, if you think about it. It is his wine, indeed, and he can do whatever he wishes with it. 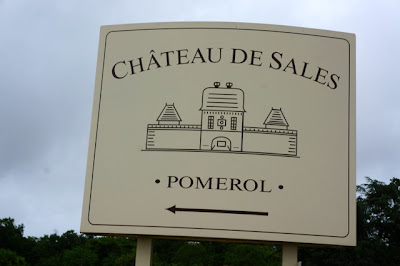 In fact he told us a story of some young American boys who’d visited him recently.

Bruno said: “They asked me who the boss is. I replied: I’m the boss, of course.”

He added: “And I had to agree. Indeed, on this estate, I am the king. King Bruno the 1st.“

AN ARISTOCRAT WITH HUMOR AND KINDNESS 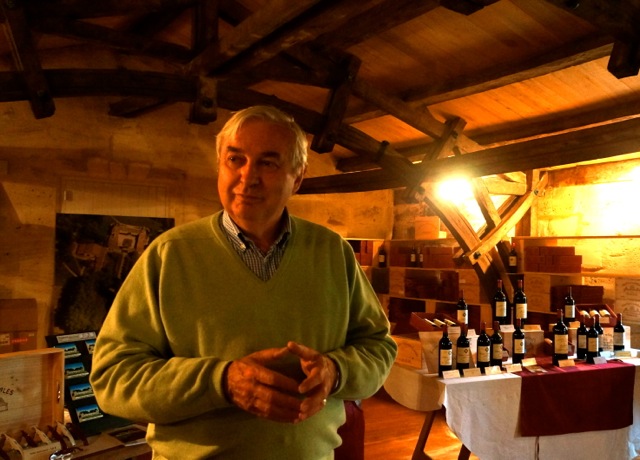 Obviously we will not meet many aristocrats with such candid humor and yet also with a passion for wine and for their lifelong endeavor. This is why I wanted to visit Chateau de Salle.

The Travel Companion, who knows his wine, was quite unimpressed at first, when I told him I’d arranged a private visit with the owner of Chateau La Salle.

For one thing, he’d never heard of the wine or the chateau. Even a quick look on the Internet yielded almost nothing. 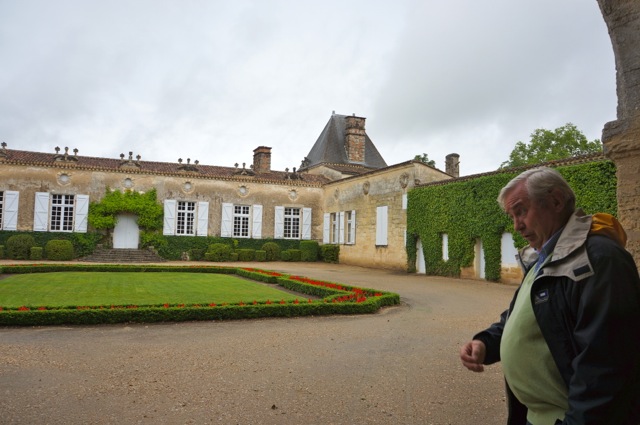 So next he emailed many of his wine friends around the world and there was literally no one who could tell him a comprehensive thing about Chateau La Salle.

Now, in the grand scheme of things, this is not a really big issue. There are thousands of winemakers in France alone, and many of them are unknown outside of their own localities.

The bigger question for him, then, was: Why on earth were we visiting this particular winery then?

The answer became clear almost five minutes into our visit.

We drove through some of the most beautiful landscape in Bordeaux. And then we found ourselves in front of this graceful and ancient family home of la famille de Lambert.

MORE A BEAUTIFUL MANOR THAN A CHATEAU 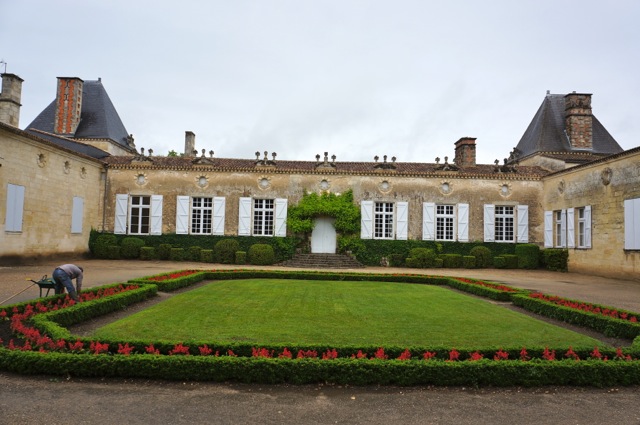 By French castle standards, it’s really more a manor home and so it’s unlikely to impress anyone who already owns a chateau.

But then again, Bruno de Lambert isn’t at all keen on impressing anyone but himself. He creates wine and generally lives his life the way he wishes, and without any thought for marketing, media or any of these 21st century business innovations.

That said, he is one of the nicest and most humorous French aristocrats I have ever met.

TONGUES CUT OFF BY THE REVOLUTIONARIES 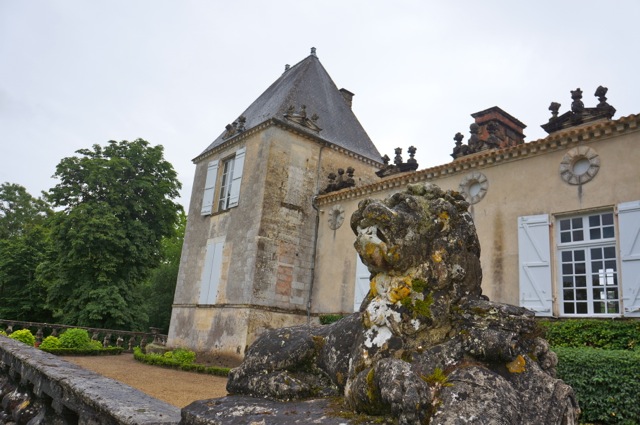 We walked around to the back garden of his home as he explained the fine details of the building and the gardens.

Then, pointing to the two lions at the foot of the staircase leading to the gardens, he said: “See those lions? Their tongues and tails were cut off during the French Revolution.“

We’re talking about the French Revolution that began in 1787, of course.

As he is from an aristocratic family, I almost hesitated to ask him about how his family fared during this time. But I couldn’t help doing so, after he brought up the topic of the revolution himself.

He replied, with great understatement: “It wasn’t a good time for my family. Many of them had to leave or immigrate, and the few who didn’t were lucky they weren’t beheaded in the town square.” 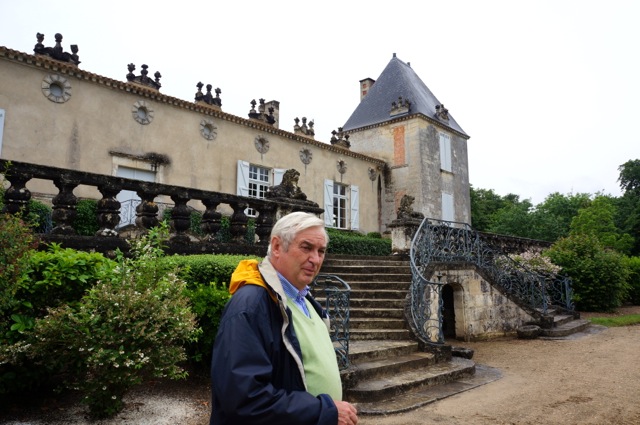 Then he added: “When they eventually returned home and were able to recover the property, apparently all they found inside was a broken chair. The revolutionaries took everything inside the home away and burned these in the square.” 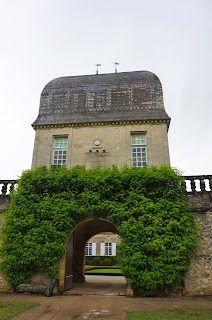 So, much earlier than this point, it was already becoming apparent to the Travel Companion why I had chosen this place.

He had nothing else to say after this, and he was grinning from ear to ear the whole afternoon, in Bordeaux living a never-endingly eventful Travelife. 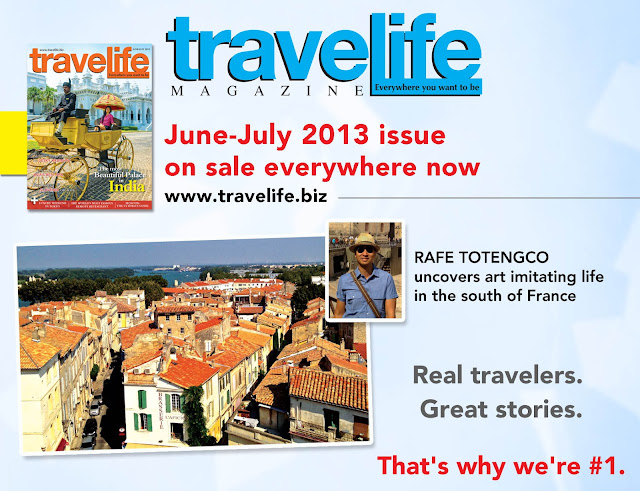