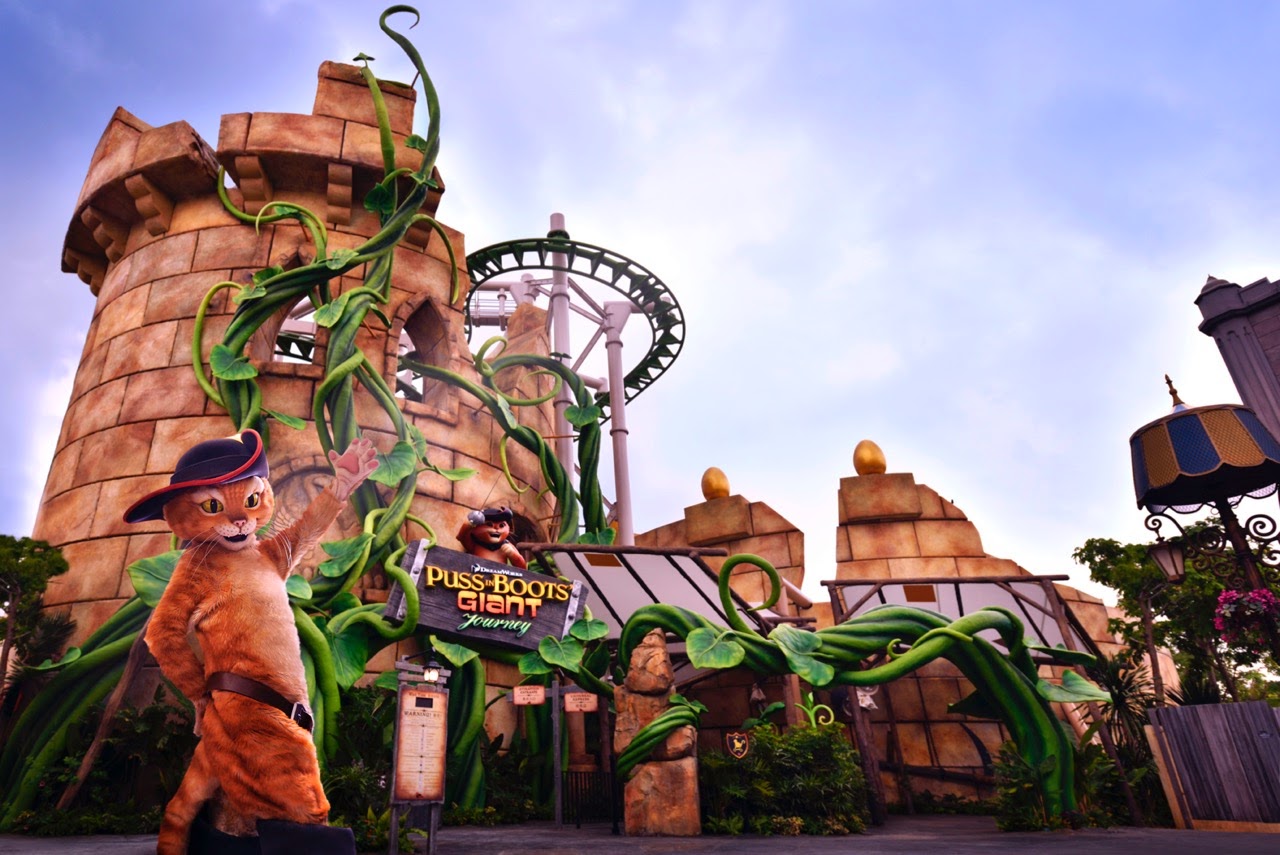 Guests embarked on a larger-than-life adventure with everyone’s favourite feline, Puss In Boots.

The launch of the new ride headlines Universal Studio’s fifth anniversary celebrations, with more exciting events coming up in the year.

THE STORY OF THE GIANT JOURNEY
OF PUSS IN BOOTS

At the Far Far Away themed zone, the Giant’s Castle sits ruined, entwined within a giant beanstalk. The quest, nine lives in the making, begins here as Puss In Boots and Kitty Softpaws go in search of the precious golden eggs in a bid to save San Ricardo’s Orphanage, which has fallen on hard times.

Onboard one of Humpty Alexander Dumpty’s latest flying machines, guests set off from the Giant’s kitchen in search of the legendary golden eggs.

The mission runs into trouble when they are spotted by a Tattletale gosling who alerts the Great Terror of their presence in the castle.

Once exposed, riders are rocketed through plenty of twists and turns as they are pursued by the Great Terror, who turns out to be one big Mama Goose. 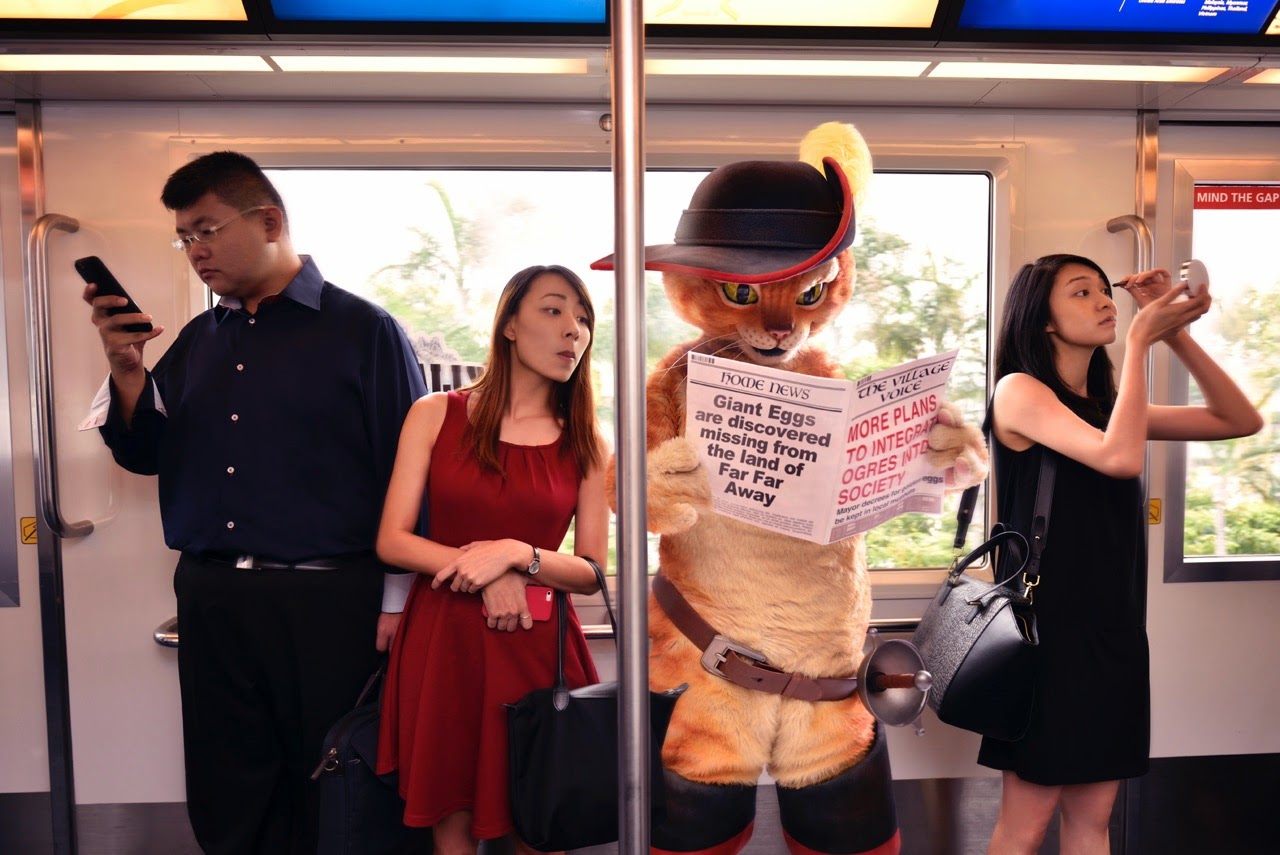 Telling an original tale with 23 animatronics characters, the approximately two-minute ride will provide guests thrills and excitement with sensations of flight and anti-gravity as they navigate their way to through the castle on their mission.

Guests will join in the legendary exploits of Puss In Boots as they take off on an anti-gravity swashbuckling flight. John Hallenbeck, Senior Vice President of Attractions at Resorts World Sentosa, said: “The launch of the much-anticipated Puss In Boots’ Giant Journey ride gives guests yet another reason to come celebrate Universal Studios Singapore’s fifth birthday with us.” 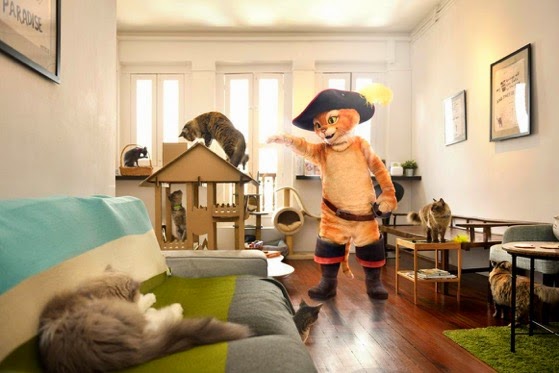 * Puss In Boots’ Giant Journey features 12 scenes, telling an original tale.
* The ride last approximately 2 minutes over a track length of about 0.5 km
* The maximum speed of the ride is 36km/h.
* There are a total of 23 animatronics characters in the ride.
* Each Flying Machine can seat 9 guests.
* The ride took more than 2 years to design, engineer and produce.
* Guests will experience anti-gravity sensations in 4 zones throughout the ride.
* The minimum height to ride is 100cm, and is 122cm to ride unaccompanied.