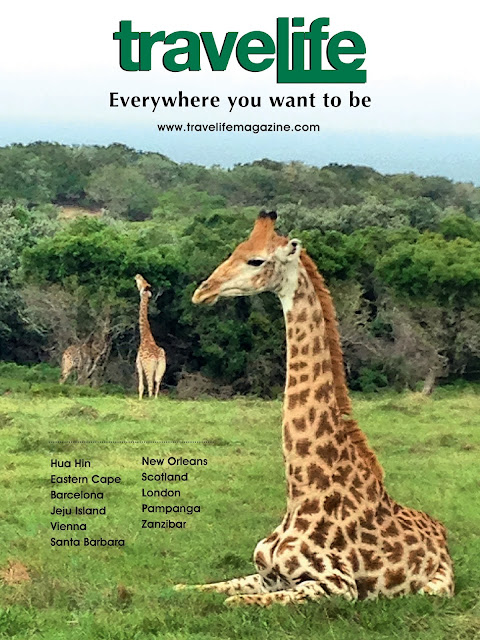 For our latest issue, we’ve sought out some truly wonderful experiences that we independently did ourselves. And then we wrote about these because these places and experiences should be on your bucket list.


We don’t just visit a destination, you see. We make sure we experience it. 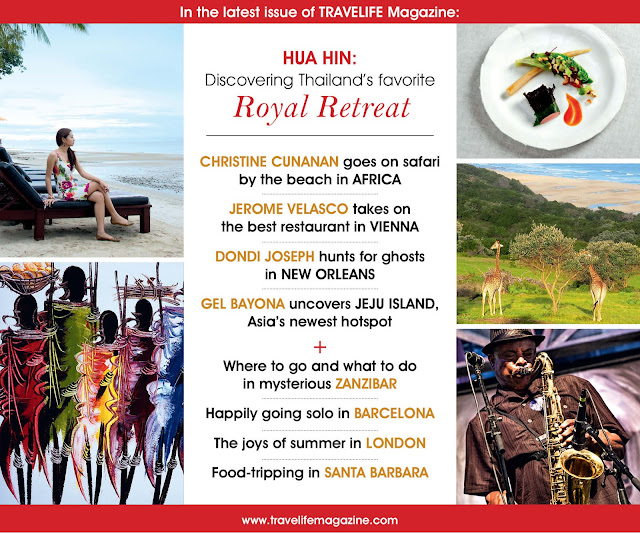 THE REAL WAY TO TRAVEL

For our cover story, for instance, we visited the royal summer retreat of Hua Hin in Thailand thrice in 12 months.

Not just once for two or three days on a quickie, like some other magazines. 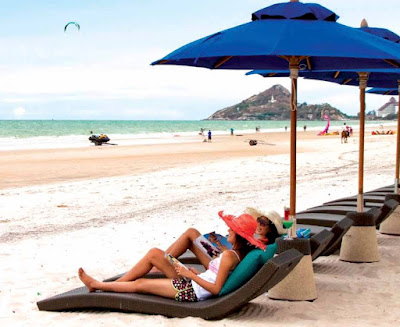 First, the Travelife Magazine team led by general manager Angelica Bayona flew to Bangkok and then drove to Hua Hin in Thailand to discover why His Majesty, the King of Thailand, and Thai nobility and aristocrats have long favored this seaside getaway only three hours away from Bangkok for their regular R&R.

Then I visited Hua Hin, a city I already know very well from fifteen years of visits, two more additional times to make sure we got everything covered.

HUA HIN AS A WELLNESS,
ROMANTIC AND FAMILY DESTINATION

We’ve literally put together the most comprehensive guide to Hua Hin and shortlisted the best places to stay, eat and see.

Lots of other travel magazines have put articles on Hua Hin in their magazines, but few magazines have covered the best of Hua Hin as extensively as we have. Don’t leave home without a copy of our new issue, if you’re headed for Thailand. 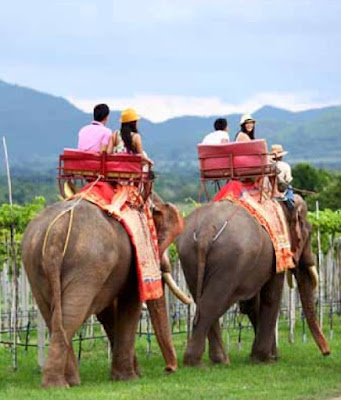 JEJU:
THE NEW “IT” ISLAND OF ASIA.
NO VISAS NEEDED FOR MOST VISITORS, TOO.

Then, almost without pausing for breath, Angelica was back on an airplane again, this time to the resort island of Jeju in South Korea to see what all the current fuss over Jeju is about.

She became completely enamoured by the dramatic landscapes and quirky museums. 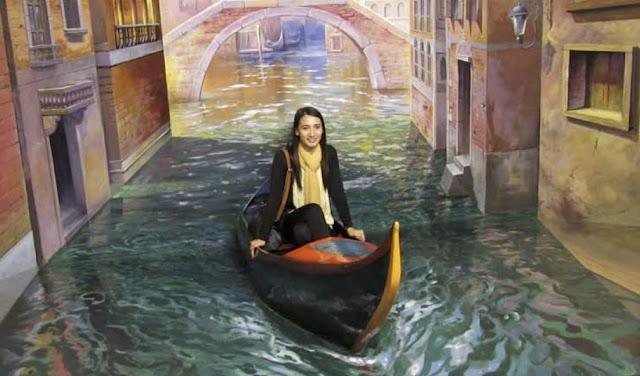 FOOD-TRIPPING IN AUSTRIA.
INCLUDING THE BEST PLACES TO EAT
TAFELSPITZ, WIENER SCHNITZEL AND SACHER TORTE.

Our contributing editors have been equally busy traveling around the globe. 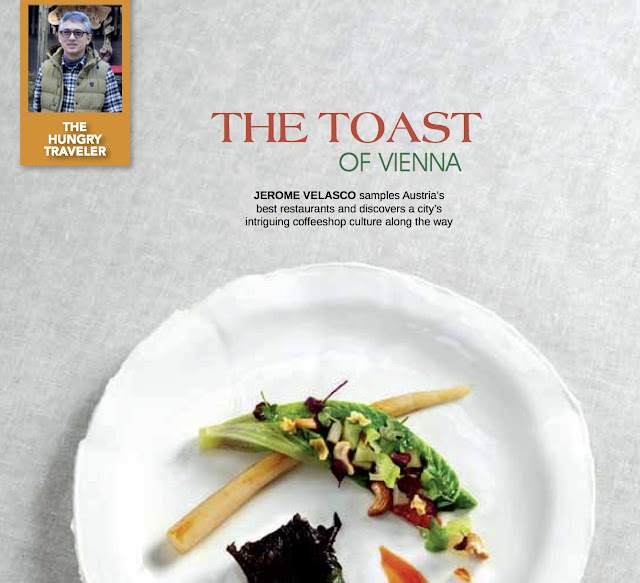 Jerome Velasco recently flew to Vienna to sample the top restaurants in the city.

He went to Austria’s most cutting-edge restaurant, and also to the best places to eat some of Vienna’s most ubiquitous dishes, including tafelspitz (my personal favorite), wiener schnitzel and the famous sacher torte.

He returned home raving about the cutting-edge creations of Austria’s top chef and delighted enough with the original sacher torte of the famous Hotel Sacher to buy an entire cake to eat back in his hotel.

By the way, the best sacher torte I’ve had in recent memory was at the home of the former Ambassador of Austria. I‘d spent an afternoon with him and his wife at their home to discuss Austrian history, which is one of my favourite topics, and I’d enjoyed tea and the most delicious sacher torte.

Meanwhile, Dondi Joseph, ever the adventurer with humour and a taste for anything fun and spontaneous, walked every neighborhood in New Orleans with gusto to find good vibes and lively street action, mouthwatering food, great music and a couple of ghosts.

And, oh yes, a risqué show or two, as burlesque performances abound here. Read more about his exploits in our latest issue.

In the meantime, let’s just say he found everything he was looking for… 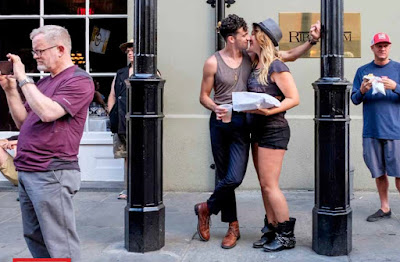 RUNNING AFTER GIRAFFE IN EASTERN CAPE

Meanwhile, South Africa is a favourite destination of many travel magazines, including Travelife Magazine, and much has already been written about the Western Cape and the Northern Cape.

In fact, Travelife Magazine came out with the most comprehensive special on Northern Cape last year, long before it was even a destination for other magazines.

This Northern Cape special, which will be available shortly for download from wherever in the world you are, is still the most definitive guide ever produced by a travel magazine in Asia.

It’s definitely not your typical travel feature. We visited Northern Cape thrice in a span of 12 months just to create this, so it wasn’t just a matter of shoot-and-run for us.

TRAVELIFE IS AHEAD OF EVERYONE ELSE.
AGAIN.

This time, we’re ahead of everyone else again, with a feature on the wild and relatively unexplored Eastern Cape.

Last month I spent two weeks driving all over South Africa’s Eastern Cape in search of unique travel experiences for our readers, many of whom have already “been there and done that” all over the world.

I loved a luxury safari by the sea, with giraffes running by the beach at breakfast, and a glamping weekend in a real tent on a Big 5 Game Reserve, complete with outdoor showers, wood-burning stoves by the bed, and drinks around a campfire. 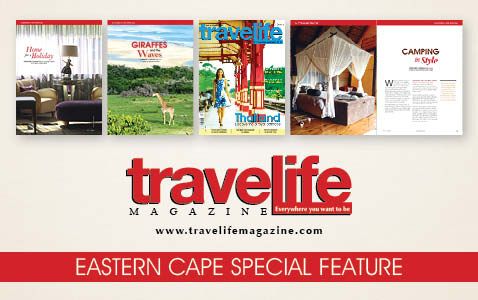 We at Travelife Magazine practically live in airplanes, but nevertheless, we find there’s never enough days to see everything wonderful and interesting in this world.

However we’re trying our very best to fit everything into a never-ending #Travelife.

Indeed, no one travels like us. Or writes like us. Pick up a copy of our latest issue at the bookstore as soon as possible. On sale everywhere now. 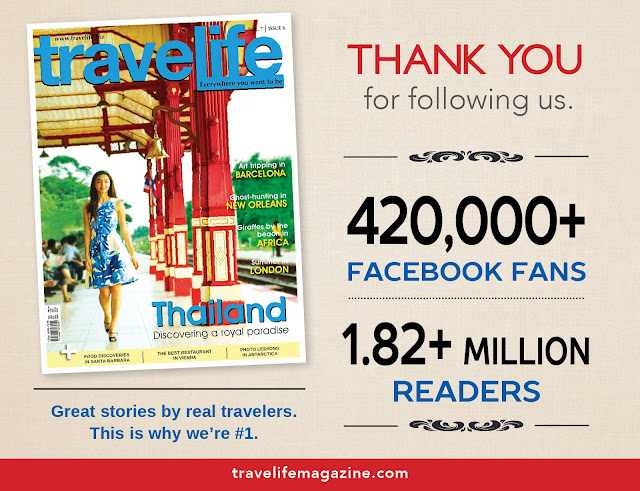