That’s the official line of Sanrio, the creators of Hello Kitty and the Japanese company behind what has become a multi-billion yen business.

Their announcement several days ago made headlines the world over. 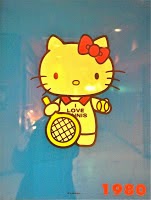 Could’ve fooled me and millions of other women who grew up with Hello Kitty stuff.

She does look like a cat, in spite of whatever anyone says.

And I’m happy to wager a bet that 90% of anyone who sees an image of Hello Kitty will say that she’s a cat.

THE PERSONIFICATION OF A CAT

The latest announcement from a Sanrio spokesman goes something like this, according to a translation on Kotaku.com: “Hello Kitty was done in the motif of a cat. It’s going too far to say that Hello Kitty is not a cat. Hello Kitty is a personification of a cat.“ 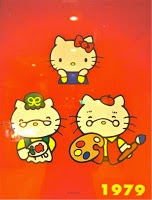 I went over to Sanrio Puro Land in the far suburbs of greater Tokyo late last year. It’s really far so I don’t think too many foreigners get here, unless they have die-hard little Hello Kitty fans in tow.

Thinking about this visit now, all the signs were there that Sanrio didn’t consider Hello Kitty a cat.

The newest attraction at Sanrio Puro Land then was the actual home of Hello Kitty, which you had to line up and see. 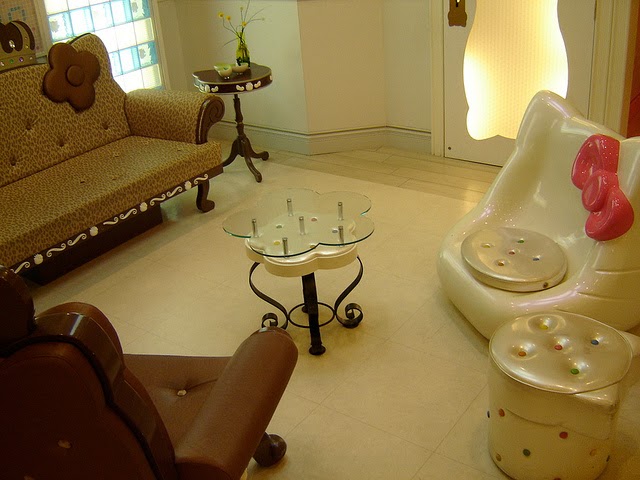 It was a mansion done in a very British style, with toy “antiques,” dainty furniture, and all.

And in the drawing room was Lady Kitty herself in an elegant Victorian-era type of gown.


Yes, she’s called “Lady Kitty” at her home in Sanrio Puroland. When you enter her drawing room, you’ll find her handing out silver tiaras as presents to little girls who have shelled out 2000 yen or so at the entrance for a rose to present to her. 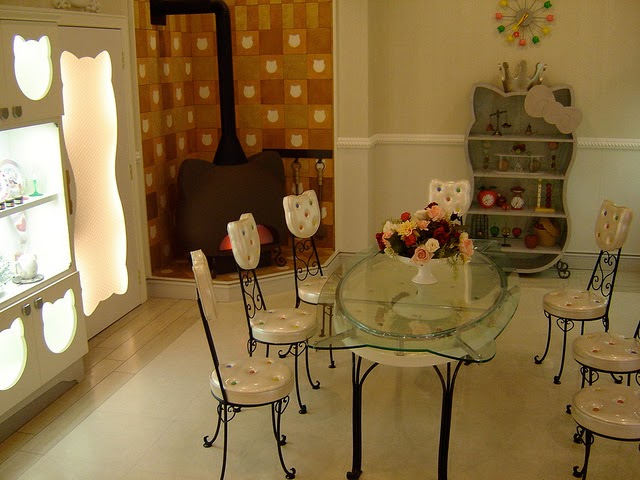 THE ANNOUNCEMENT FROM SANRIO’S FOUNDER

And yesterday, Sanrio’s president and founder, Shintaro Tsuji, 86, said at a press conference: “Hello Kitty is not a cat. If Hello Kitty is a cat, then Mickey is a mouse. That’s not how it’s said, as Kitty is Kitty, and Mickey is Mickey. It’s funny saying it, but the reason is because both Kitty and Mickey are idols. If you say ‘mouse’ or ‘cat,’ then that rationale cannot be understood.” 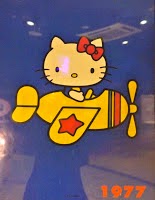 The Tsuji family actually lives in my neighbourhood in Tokyo.

So maybe I should walk over one day and ask Tsuji-san about this myself.

That is, if I can find a couple of extra hours in my never-ending, and never-endingly eventful Travelife.