The Decleor Spa in Moscow

This post is about the Decleor Aromatherapy Spa in Moscow, at the Standart Hotel. The Standart Hotel is the first design hotel in Russia, and it’s a stylish boutique hotel with top quality fittings and a contemporary Scandinavian design just in front of Pushkin Square, off the main Tsverskaya Avenue. I really like this hotel for many reasons, and one of the reasons is its wonderful Decleor spa.

I went to Russia on holiday about six times last year. On one of these trips to Russia last year, I arrived in Moscow on a Japan Airlines 787 flight from Tokyo and it was about 90 minutes from Moscow’s Domodedovo Airport to the city center, where my hotel The Standart is located.

ABOUT THE STANDART HOTEL MOSCOW

The Standart is Moscow’s newest luxury design hotel. It’s an intimate boutique hotel with lovely rooms, nice decor, and a very good restaurant, and the best aromatherapy/ holistic spa in Moscow. The beauty and wellness spa is offers Decleor Paris treatments so it really is the only Decleor Spa in Russia, as far as I know.

AROMATHERAPY FACIAL TREATMENT
AT THE DECLEOR SPA IN MOSCOW 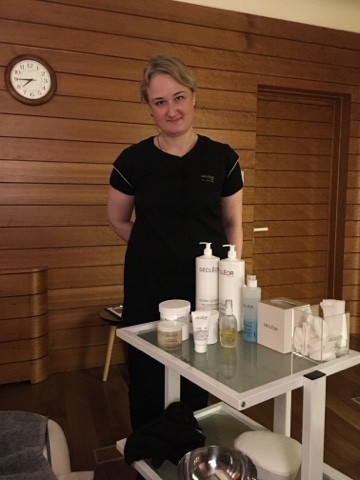 INSTANT RESULTS FROM MY DECLEOR AROMATHERAPY FACIAL IN MOSCOW

Wow, this Decleor Spa aromatherapy facial erased all facial puffiness from my long flight from Tokyo to Moscow in just one hour, and I swear my face looked way more toned and brighter. I just could not believe it. So I booked another facial with her straight away during my stay in Moscow.

AROMATHERAPY BODY TREATMENT
AT THE DECLEOR SPA IN MOSCOW Next was a Decleor aromatherapy body treatment with Oksana, again using the Decleor method. This one-hour treatment left me completely relaxed and almost in a spell — just what I needed after the fatigue of an early morning start in Tokyo and then a long flight across the world.
Oksana also had the gift of touch. Immediately she knew my three problem areas without me saying anything. It was quite amazing. So of course I booked another Decleor aromatherapy body treatment with her during my stay in Moscow. 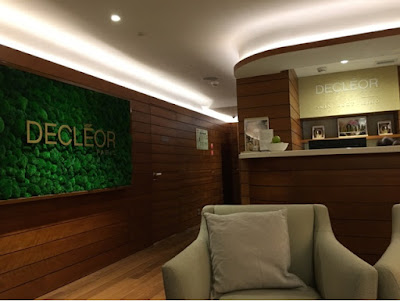 This holiday in Moscow was supposed to be a trip of culture and cuisine.
But it turned into another spa holiday as well. I certainly took full advantage of having such great therapists and the only Decleor spa in Moscow just a few floors below me, while I was in Moscow, living a #Travelife.