The best yakiniku restaurant in Tokyo is called Champion. And they serve slices of shabu-shabu meat in the yakiniku style. 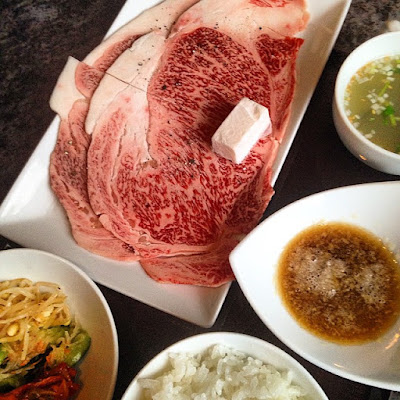 Today in Tokyo, living a #Travelife, we had a very nice yakiniku lunch. I was hankering for very good Japanese beef, especially after my lousy steak yesterday.

The choices for lunch today were a Western-style steak, Japanese teppanyaki steak, shabu-shabu or yakiniku.

THE CHAMPION OF YAKINIKU

I left it to someone else to decide and he booked the restaurant Champion in Ebisu.

This is a branch of a #yakiniku restaurant with the same name that became famous for the quality and variety of the meat they serve, in the same general area of Ebisu.

A SMALL ELEVATOR TO THE 9TH FLOOR

The Ebisu branch, which is called Penthouse, isn’t a great looker. It’s in one of these tall narrow buildings in a street full of bars just off Ebisu station, and we had to take a rather dirty, narrow elevator up to the 9th floor.

So far, so bad, I thought, as I was forced to take the elevator up. I hate small elevators and tall narrow buildings. This was so not my type.

Someone tried to explain to me: “This is the only branch open for lunch on Sundays.“

THE FAVOURITE RESTAURANT
OF TOKYO CELEBRITIES 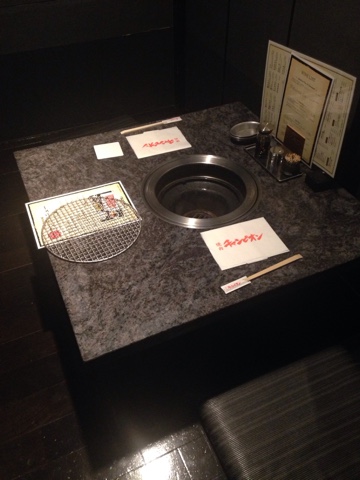 Later on, I learned that this particular branch of Champion is also the “celebrity hangout,” because it’s in a relatively central upmarket part of town and the restaurant is actually a series of small private rooms.

There’s no sharing of rooms here, so it’s a great choice for Japanese celebrities who want privacy.

I didn’t really care about the celebrity part, as I prefer large airy rooms — even if I have to share these with other diners — to dark private rooms.

But the clincher was the food. 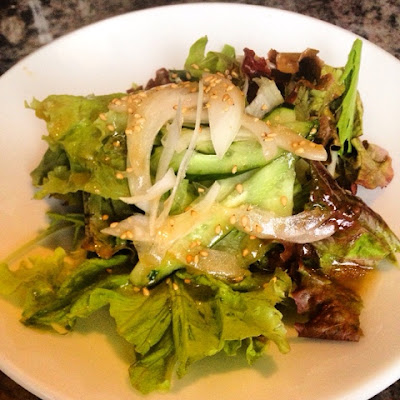 Champion also has rare cuts of meat that other yakiniku restaurants don’t normally serve. If you look at their menu, you’ll know they’re very serious about their beef, at first glance, if you’re a foodie.

The main reason they can do so is because they buy entire cows for their restaurants, and not just parts of the cow. Then they age their own meat.

Today we had the priciest set lunch on the menu.

In Japanese, it said something like shabu-shabu set, which didn’t make any sense in a yakiniku restaurant; but we decided to do this anyway as it was obviously the best thing on offer today. 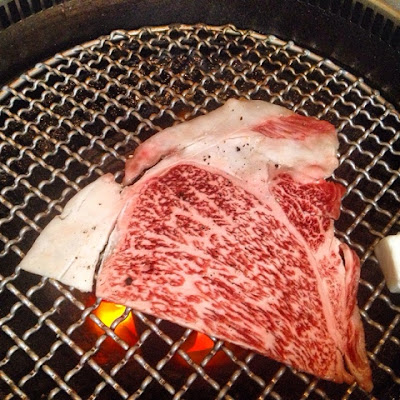 That was so good, and I’d never ever had this kind of yakiniku before.

Basically they served us each four top quality giant slices of meat, cut thinly in the shabu-shabu style rather than in the yakiniku style.

We then grilled these one by one and dipped these into a sour ponzu sauce with a hint of yakiniku sauce in it. 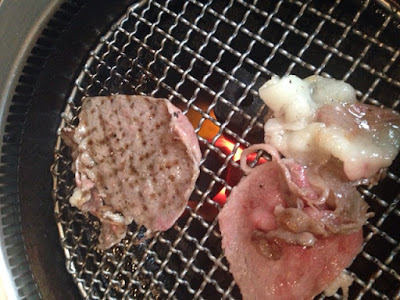 It was just perfect for today, as today was quite hot in Tokyo and I didn’t really want anything served with heavy sauces.

I’ll certainly never be the same again, after this shabu-shabu/ yakiniku lunch today, in Tokyo, living a never-ending, and never-endingly eventful #Travelife.