The best sushi in Shizuoka Prefecture is in Numazu City. And all about a special chirashi sushi. 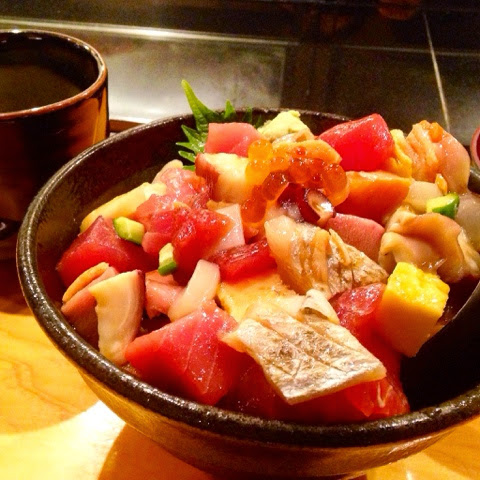 So last weekend in Japan, living a Travelife, we went to one of Japan’s best onsen ryokan for a nice R&R stay.

This ryokan is really worth the drive, which is about two hours from Tokyo. 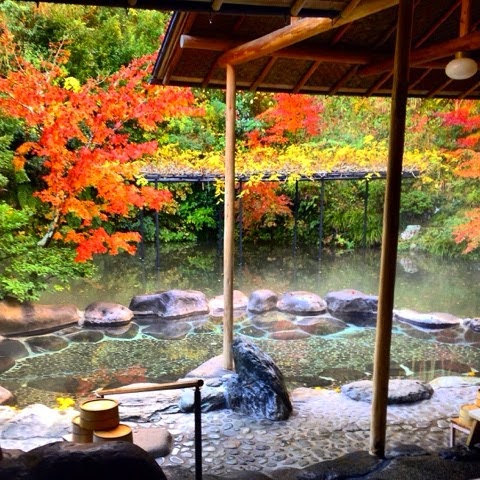 The rooms are beautiful and the food is excellent, but both in the most simple (and in that sense, very Japanese) way.


This ryokan might even be called underwhelming if you are used to flash and drama.

THE WHO’S WHO OF THE WORLD
HAVE STAYED HERE

Many dignitaries have stayed here, including former French President Jacques Chirac, who stayed in exactly the same suite.

This is also a great favourite of artists, as the owner is an art collector with an impressive collection of contemporary art. 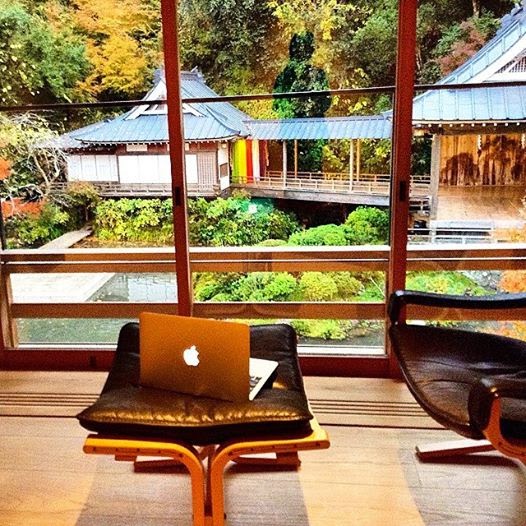 These ryokan are not about flash. They have history and exceedingly good taste, Japanese-style.

SUSHI ON THE WAY
TO THE ONSEN 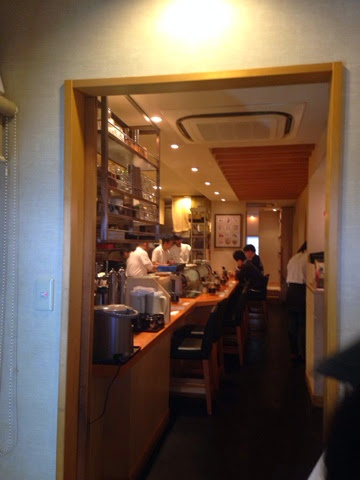 On the way to the ryokan, we stopped in the city of Numazu for a sushi lunch.

“This is supposed to be the best sushi in Numazu,” I was told. 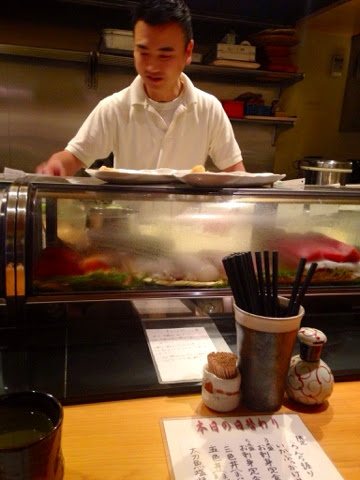 There were no reservations for lunch and so it was first come, first served.

But as it was early, I had no worries that we would have trouble getting in, after we’d parked the car.

A LONG LINE FOR SUSHI
AT 11 AM 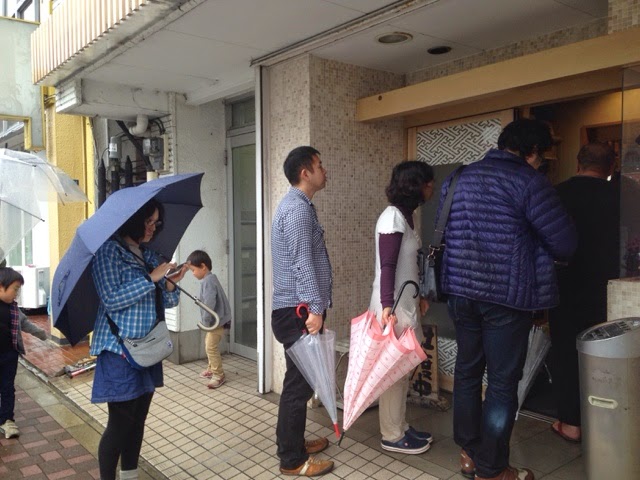 We got there at exactly 11 am, and already there was a long line of people just waiting to write their names down on the reservation list for dining beginning from 1130 AM.

Apparently, you have to line up from around 1030 AM to be able to write your name on the seating list that opens at 11 AM.

Once you’ve written your name down, you have to leave and go somewhere until 1130 AM, unless you’re happy to just hang around a pretty unpicturesque neighbourhood for 30 minutes, doing nothing.

Then at 1130 AM, you have to be back to wait for your name to be called in order of the reservation list.

IS IT WORTH IT? 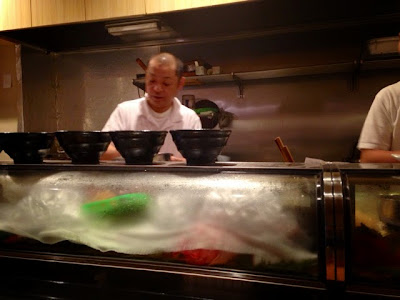 I couldn’t believe it. We were in the middle of the countryside, after all. And all this effort for sushi at lunch.

“Is it that good?” I asked, almost incredulously.

I didn’t know it then, but apparently, it was.


And every single person standing in line in the rain that day, kind of living a Travelife, seemed to be a regular who knew exactly what to do and what to order. 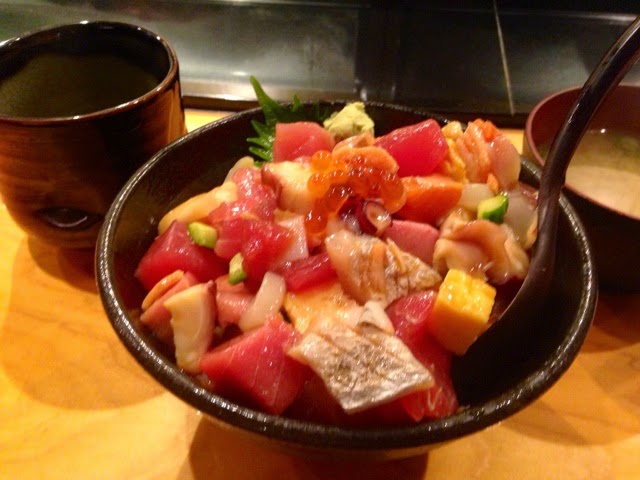 The top pick at this restaurant is a particular kind of chirashi sushi, which is slices of raw fish and seafood on top of rice, which is their specialty.

They only make 30 of these a day, so of course we wanted to try this at all costs.

We ordered ours as soon as we finally got two seats at the counter.

WE MADE IT TO THEIR QUOTA 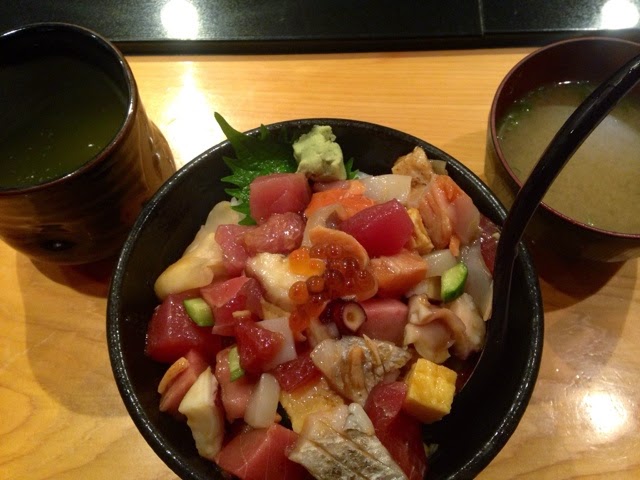 Fortunately, I think we were around #25 so we were able to make it into their chirashi sushi quota for the day. The sushi donburi consisted of small pieces pieces of chopped up seafood that were then pre-mixed with soy sauce and a little sugar, before being placed on top of the rice.

So there was no need to add soy sauce, and you could just eat everything as is.

It certainly was very good, and worth the wait, on a cold and rainy Saturday morning last weekend in Japan, living a never-ending, and never-endingly eventful Travelife. 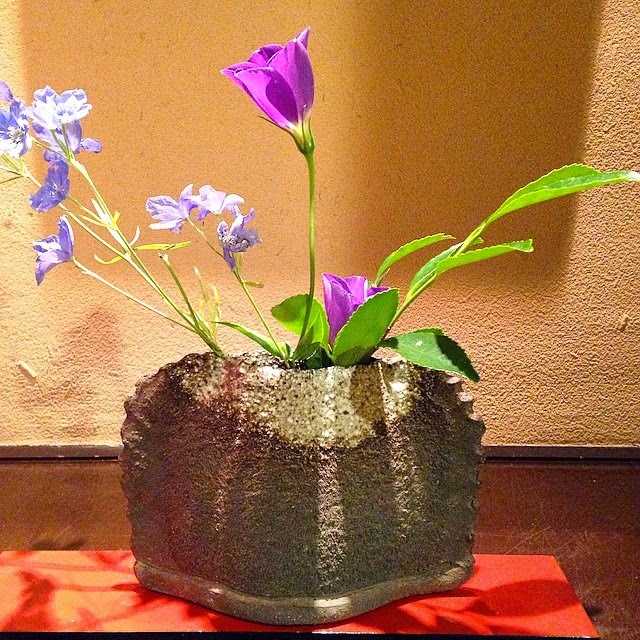