The 50th farewell party for an ambassador, and a last goodbye at the Peninsula Manila 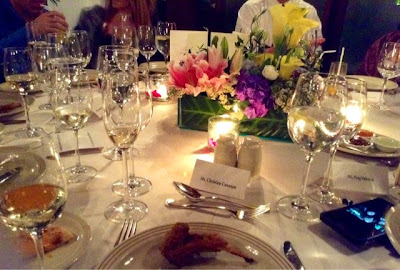 “Tonight is the 50th farewell dinner,” we all joked.

I was a guest at a very nice dinner at the Peninsula Manila tonight, in Manila living a Travelife.

Many of us had gathered together once more to say farewell to Israel Ambassador Menashe Bar-on and his wife Eti.

AN ENDLESS ROUND OF FAREWELLS

Ambassador and Madame Bar-on are among the most popular diplomatic couples in Manila, so there has been an almost never-ending stream of farewell parties being hosted for them since they announced they were returning to Israel some weeks back.

Thus the joke that we were all seeing each other for the 50th time, as we took turns to host parties, and each time, for the same occasion. 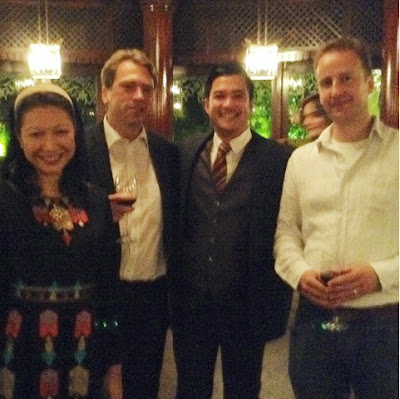 I myself hosted a dinner for them earlier this month, on the night before I left for Europe, and it had been a Philippine-fusion eight-course dinner for 40 persons.

Click here
to watch a video of the dinner

I’d also attended a number of farewell dinners for the Bar-ons in turn, most recently last Monday, just hours after returning from Paris.

Tonight’s hostess with the mostest was Sonja Vodusek, general manager of the Peninsula Manila.

She held the dinner in the private room of Spices, the Asian restaurant of the Peninsula Manila, and invited about 40 of the Bar-ons friends to join her in saying goodbye.

We all enjoyed an excellent meal from different countries in Asia. 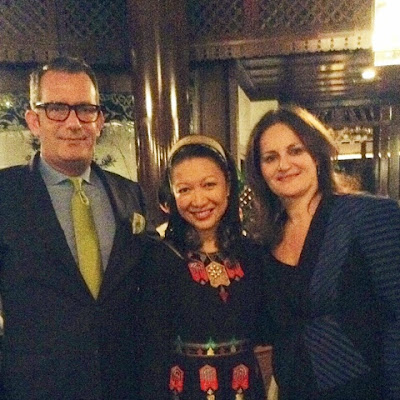 Most of us knew each other so it was very enjoyable.

There was a band playing, and several people sang while others danced.

As with most diplomatic dinners, there was pre-arranged seating, and I found myself seated next to the new Mexican ambassador and his wife. 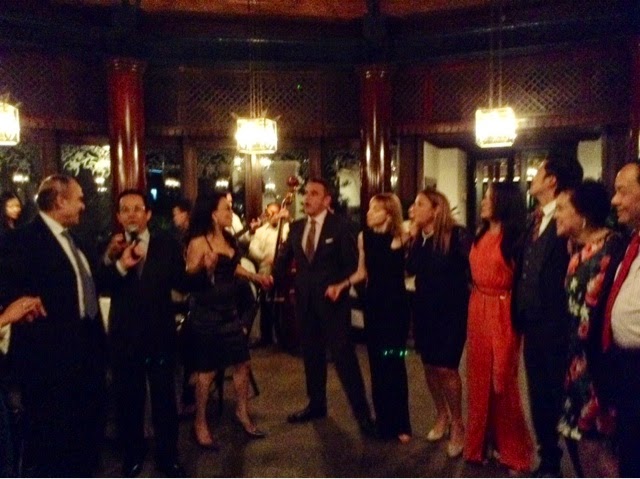 We three had a very merry time talking about Japan and Mexico, especially as the Travelife team had just interviewed the ambassador for an article on Mexico.

This interview with the Mexican ambassador is appearing in the next issue of Travelife Magazine, the leading travel & lifestyle publication.

On sale everywhere from August 15.

While going through the next issue’s contents, I’d just read the Mexican ambassador’s interview yesterday. It was so good that I found myself looking for two free weeks in my calendar sometime in the next 12 months to plan a visit to Mexico.

But when I mentioned this to the ambassador and his wife tonight, they said: “You must go to Mexico when we are there.”

I would so love that. So I invited them to visit me in Japan as well. 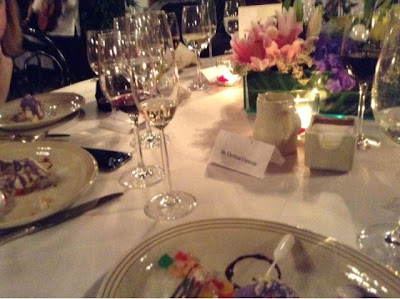 Then sometime after dinner, we all began switching tables and I found myself seated next to someone and talking about politics.

I hardly ever discuss politics with anyone except with certain ambassadors who are eager to get a comprehensive view of what is really happening in the country — so they ask different people for their views.

But tonight, this person and I actually discussed recent political developments and between us we’d decided the perfect candidate for the next president. 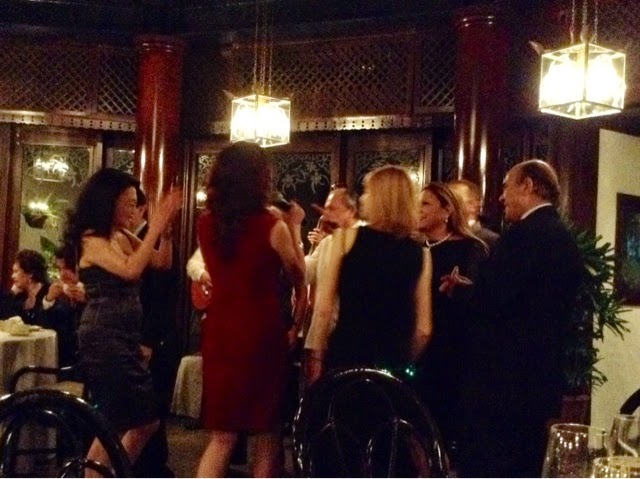 Most people began saying goodbye at around 11 PM, and this time it was a final goodbye to Ambassador Bar-On and his wife, as this was the last big farewell party for them.

However I’m one of these people who dread saying a proper goodbye, so I sat around with the last few guests, including two newly-arrived ambassadors and a well-known chef, having a drink and making plans to meet up again someday with the Bar-ons in Tel Aviv or Jerusalem when the situation there is resolved.

I really hope there will one day be lasting peace between Israel and Palestine. 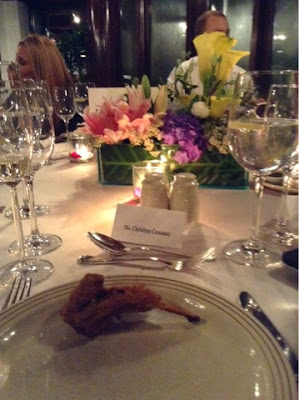 MEMORIES OF A FRIENDSHIP

Walking out of the Peninsula later on, I remembered all the very nice dinners Madame Bar-on had hosted in her home, full of warmth and enthusiasm. I’d also attended their Hannukah celebrations every year without fail.

I also remembered how Ambassador Bar-On always liked to tell me: “The very first event we went to in Manila was your Travelife event.“

Yes, they had just arrived in Manila and they’d accepted my invitation to attend our Travelife Italy Night about three years ago. And since then, we’d become good friends and they’d become a part of my never-ending, and never-endingly eventful Travelife.