Good evening from Tokyo after a truly painless nine-hour flight on the Dreamliner from the Middle East to Tokyo’s Haneda Airport.

Wow, this is certainly a great way to fly halfway across the world, as everything on the Dreamliner is just three notches higher in terms of comfort, technology and infrastructure. 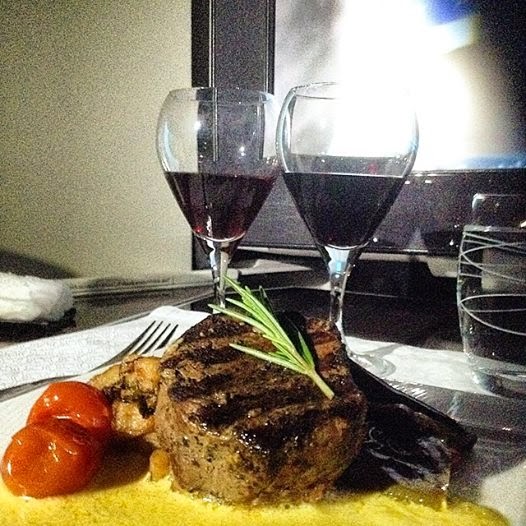 Even the food was great — better than the usual business class fare.

I had my best steak up in the air yesterday flying somewhere across China on the way to Tokyo.

It was perfectly done and very tender, served with a Bearnaise sauce, and plated so prettily just like in a good restaurant.

I couldn’t help having this with two glasses of wine at the same time, as I ordered one from Bordeaux and one from New Zealand.

The New Zealand wine on the flight last night was excellent. 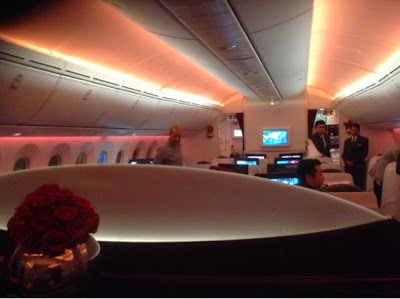 More on the Dreamliner experience later on. And on how I’m planning to fly the Dreamliner more often out or into Tokyo rather than Manila, for my never-ending Travelife.
THE BEST SPAS, RESTAURANTS AND SHOPS
IN MOROCCO 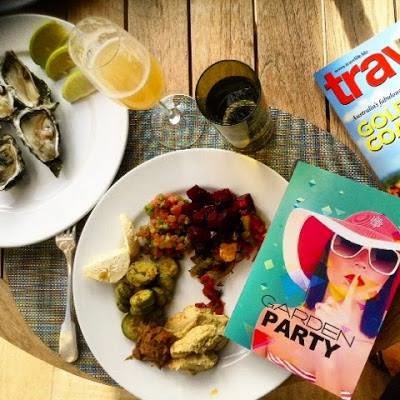 Anyway, last weekend I was in a Marrakech, where I spent all my free time catching up on the local scene while trying out wonderful new restaurants and seeing new shops for design and homeware.

And I had three days of serious spa time at some of the best spa places in Morocco. More on these experiences later.
NICE TO SEE YOU AGAIN,
AMANJENA 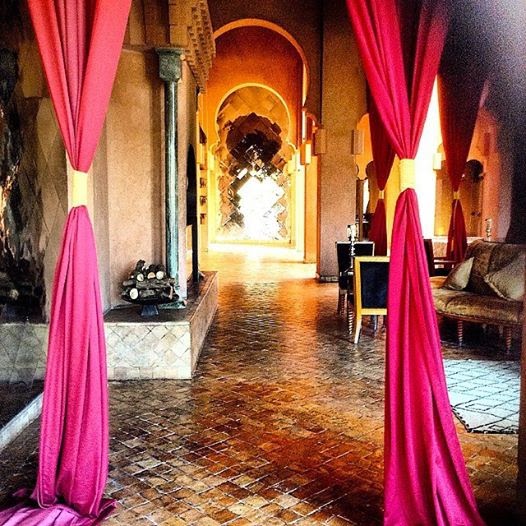 But over the weekend, I was at the Amanjena.

This was kind of a memory trip as I’d stayed at the Amanjena on my very first trip to Morocco over fifteen years ago. 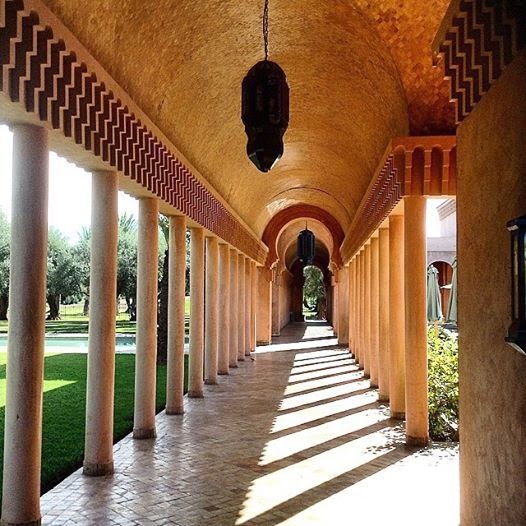 In Marrakech then, we’d stayed half the time in the city, at the historical La Mammounia, and then half the time at the Amanjena, which is outside the city.

Amanjena had just opened then, and it was the talk of the town, along with Richard Branson’s Kasbah Tamadot.

The Travel Companion and I visited Kasbah Tamadot last June, by the way, for a nice day trip to the Atlas Mountains and an al fresco lunch with a view of Mount Toubkal.


Kasbah Tamadot is a nice place to drive to, to get away from the hustle and bustle of Marrakech. It has rather quirky but luxurious interiors, and a lovely indoor pool.

I have very happy memories of that day trip.

NO NEED TO CHANGE A GOOD THING 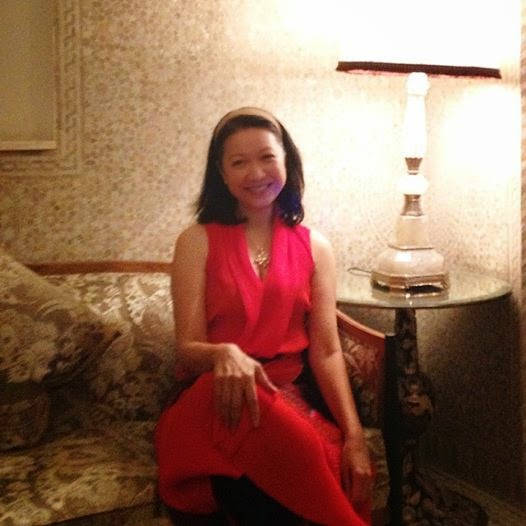 Meanwhile, Amanjena hasn’t changed at all. It’s exactly how I remembered it, which just goes to show how lovely designs are quite timeless.

They still even have the Thai restaurant around, which was where I got my Asian food fix, after countless tagine, on my first trip to Morocco.


“This trip has exceeded all my expectations.”

Anyway, on Sunday morning, the hotel manager of Amanjena was kind enough to walk me to the hotel boutique, as I was thinking of buying a boxed candle and a kaftan.

We started talking about people in Manila, and it’s really such a small world, as he knew so many of my friends.


Of course, lots of people  from Manila stay at the Amanjena when they’re in Morocco. In fact, I was just at the home of a couple whom he mentioned, before flying to Morocco.

It was on this walk that I thought of asking him his personal preference for the best Moroccan restaurant in Marrakech.

He gave me two choices, and how interesting that I’d been to both — one each on my recent trips to Morocco. 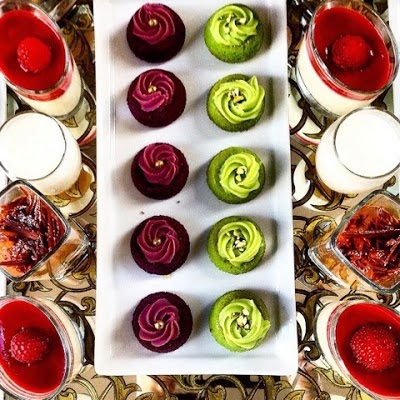 I’d actually taken our group of Travelife Magazine readers and friends for dinner the previous night, to his first choice as the best Moroccan restaurant in Marrakech.

It truly was amazing food and an even more amazing overall experience if you factor in the beautiful interiors. 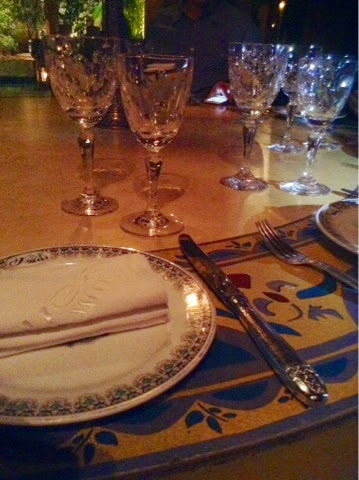 This is probably my favourite traditional Moroccan restaurant now.

The restaurant was done in the classic way, and it was so lovely that it really took everyone’s breath away. We had a private room with a roaring fire, and the food was so good we all had seconds and thirds. 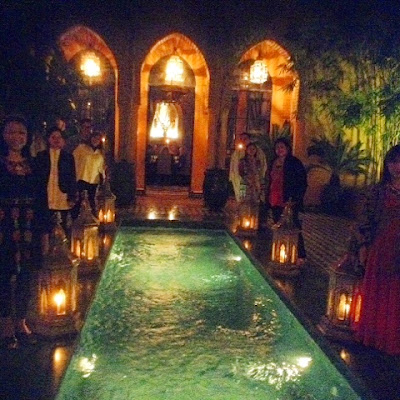 It was a perfect evening, living a Travelife with a great group of Travelife Magazine readers and friends. 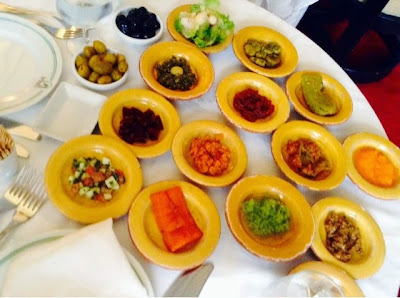 Meanwhile, the second choice of the hotel manager of Amanjena, for best Moroccan restaurant in Marrakech, is Al Fassia, a restaurant in town that’s truly famous for its Moroccan food, cooked only be women.

The Travel Companion and I had lunch here while we were in Marrakech, and he’d actually chosen this restaurant for us from a shortlist he’d done.

The restaurant is simple, upscale and contemporary, and the food when we ate there was very good indeed. 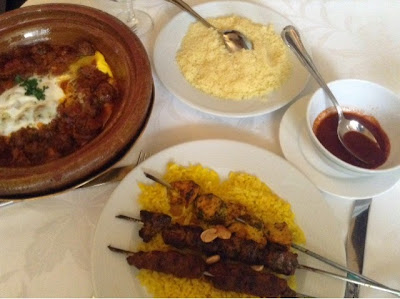 And all around us were locals, having their comfort food for lunch.

How nice that I covered the best of Moroccan cuisine over two trips to beautiful Morocco this year, living a never-ending, and never-endingly eventful Travelife.