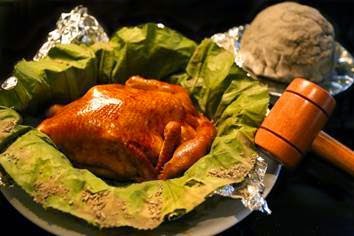 Shanghai Lo relives the nostalgia of Shanghai cuisine in an opulent ambience of dark mahogany, traditional carved partitions and chandeliers. 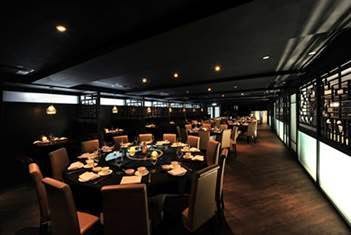 This creates a sense of historic romanticism.

The extravagant feasts also pay tribute to a bygone era when farmers thanked the moon god for bountiful harvests.

SPECIALTIES FOR THE MID-AUTUMN FESTIVAL

In celebration of the Mid-Autumn festival, Shanghai Lo is offering a variety of specialties including:

Originating from Jiang su, the famous Beggar Chicken used to be the “haute cuisine” served at the Imperial Court.

The fresh, boneless chicken is stuffed with fragrant ingredients, and then hand-wrapped in a lotus leaf and covered in clay.

Then it’s baked in a low-heat oven for several hours where the flavours develop and marry.

Diners then use a hammer to break the clay open, making it a fun and interactive dish.

The hammer-smashing action symbolizes the ending of poverty and the welcoming of good fortune. 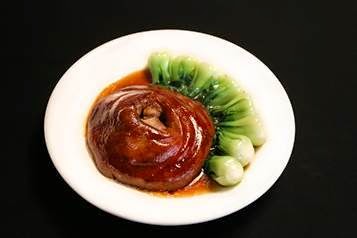 Another unique dish served is the Braised Pork Knuckle in Dark Soy Sauce.

The method of braising the pork knuckle with Shao Xing wine, scallion and sugar for three hours gives the pork enough time to absorb all the aromas.

This results in a tender dish with strong, concentrated flavours.

OTHER DISHES FOR
THE MID-AUTUMN FESTIVAL 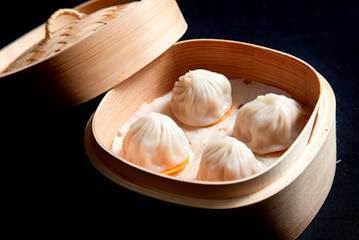 Other dishes on offer include:

Plus the Shanghainese classic dish of Braised Tianjin Cabbage & Ham. 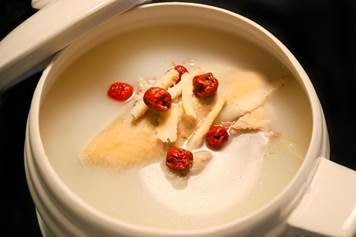 For a traditional Chinese dessert, there’s Mashed Taro Dumplings in Sweet Soup, an item created to highlight the taro season.

And, we might add, to enjoy as the ending for just another wonderful meal in our never-ending, and never-endingly eventful Travelife.