Tonight the Shangri-la Hotels and Resorts group in the Philippines held a grand appreciation party for the media in the ballroom of the EDSA Shangri-la Hotel. They hold such a party each year, and the party venue is rotated between all the properties.

Last year, the theme was Travel and it was held at the Makati Shangri-la. So very Travelife. 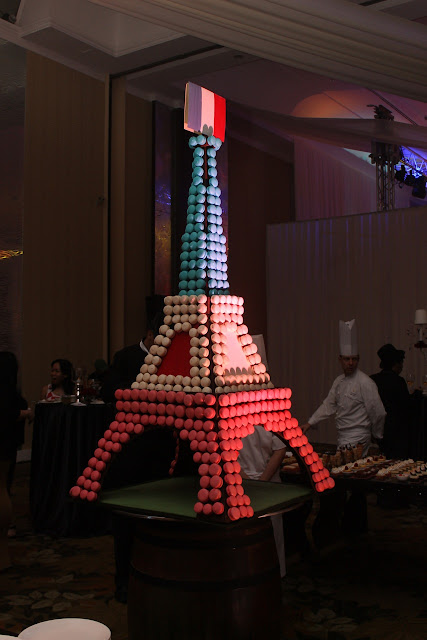 This year, too, the party was right in theme with our last issue, which was also Travelife Magazine’s fifth anniversary issue, with Paris on the cover.

The party was hosted by Henry Lee and his team at the EDSA Shangri-la, headed by Lesley Ann Tan, with the theme of “Paris in the 1920s,” and all the lovely ladies of the Shangri-la hotels group looked very sophisticated in their 1920s-inspired black cocktails dresses and strings of gold chains and black pearls. 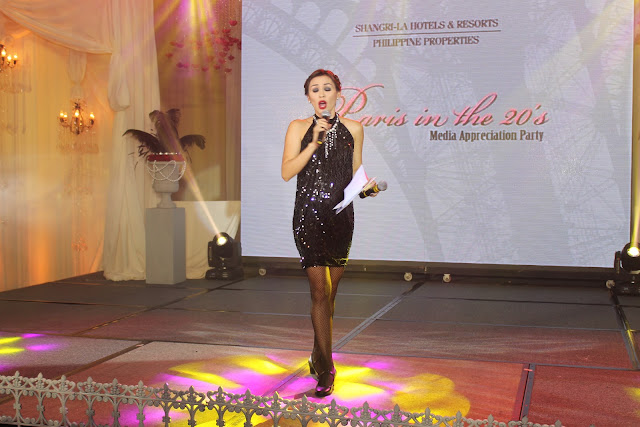 They had an honest-to-goodness Parisian-style cabaret, ice carvings, all kinds of stations serving French food, and even a large Eiffel Tower made out of macarons. The program proper was hosted by Yssa Litton. 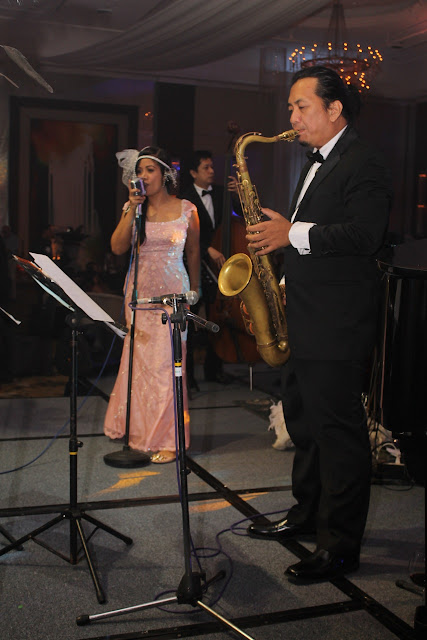 HIGHLIGHT OF THE NIGHT 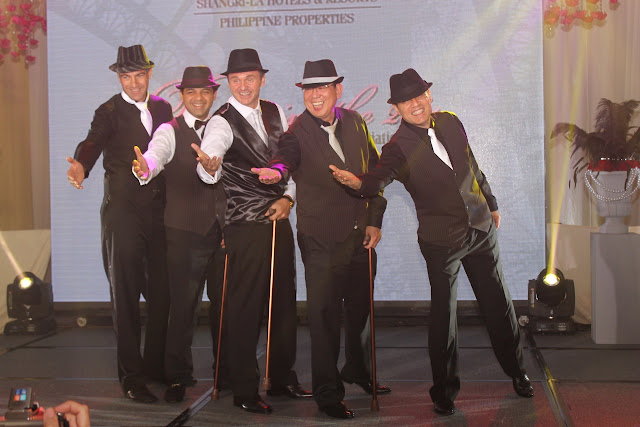 Apart from the fabulous prizes given out tonight — which included a stay at the new Shangri-la hotel in Paris accompanied by business class tickets to Paris on Gulf Air, plus stays in Shangri-la properties around the world including at the Shangri-la hotels in Dubai, Vancouver, Abu Dhabi, Chiang Mai, Hong Kong and Kota Kinabalu — the highlight of the evening was a song-and-dance routine performed by all the general managers of the Shangri-la properties in the Philippines.

Needless to say, everyone in the media world was there, dressed in their most attractive Paris in 1920s best, and it was a Travelife back to Paris indeed.