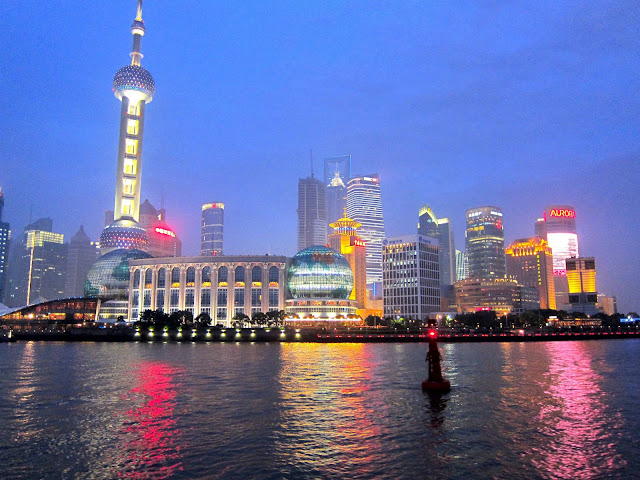 Until this morning, I was in pretty amazing Shanghai. I was last there about
five years ago when Shanghai was already growing impressively but it was not
the turbocharged metropolis it is today. What a city.

The central and most important old sections of the city are clean, beautiful, tasteful and wonderfully preserved. Having seen Shanghai last before it got all glammed up, we were pleasantly surprised to find it so pretty. If only all Asian cities could be like this.

I’ve been to Shanghai many times over the years, but
yesterday was the first time I arrived by sailing into Shanghai’s international
port from the mouth of the Yellow Sea, after twelve days or so on board
Silversea’s Silver Shadow ship from Tokyo.

Sorry for all the superlatives, but what a way this was to arrive into Shanghai. It certainly beats landing on a plane anytime — although Pudong International Airport certainly is impressive.

A TRAVELIFE SORT OF WEEK

This morning, we were there passing through to board a plane to another city — yes, we’re Travelife; so the other day I was in Tianjin, yesterday I was in Shanghai, tonight I’m somewhere else. 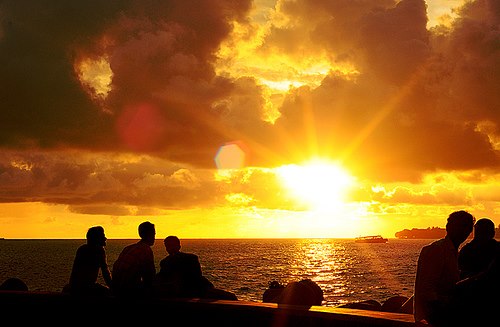 And I’m back in Manila by midweek just in time to slide into my designated seat at an ambassador’s sit-down dinner party in Makati; and by the weekend, I’m in Cebu, and next week it’s Kota Kinabalu with 10 members of the Travelife team.

I’m not kidding when I say no one travels like us and that’s why TRAVELIFE is the number 1 travel & lifestyle magazine in the country.

A TALE OF TWO AIRPORTS

But back to my story. There we were this morning at Shanghai airport rolling our trolleys through the departure lounge to our boarding gate and I was marveling at how modern and impressive Shanghai’s airport is.

Everything works, the toilets are all clean, immigration officers are nice and each counter even has an electronic touch-rating system/ machine that displays the ID number of the officer on duty and allows you to rate his or her service.

The officer who stamped me out of China was really nice so I happily pressed my finger on the “Very Satisfied” rating on the electronic keyboard in front of me. 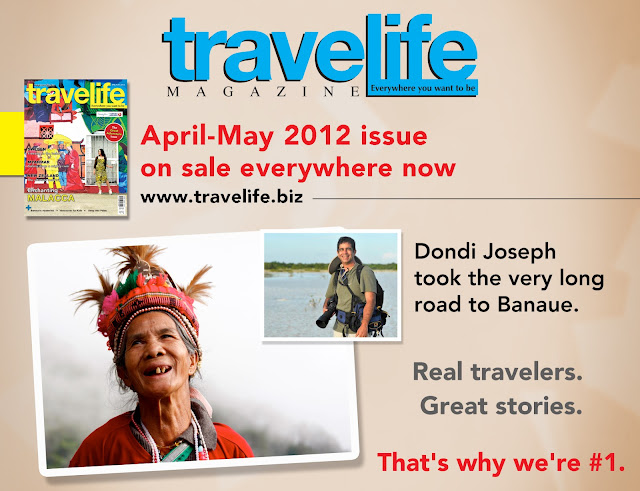 And for the pretty efficient and thorough security check, you actually have to give your boarding pass to the officer to scan before you put your stuff into the X-ray machine. This means they can electronically and quickly tell who owns each piece of scanned luggage and where it’s destined for, in case there’s a problem later. Talk about 21st century. I’ve not seen this system yet anywhere else in Asia.

WHAT A FANTASTIC AIRPORT

To top it off, there’s free WiFi, attractive restaurants and the souvenir and duty free shops are all selling interesting stuff. I’m in airports every week and I was floored by this one, designed by British architectural genius Norman Foster.

“This is almost as good as Manila’s airport,” I said to my companion, of course in jest, if not half in tears.

He looked at me questioningly to see whether the fact that I’d had little sleep and no breakfast to make it for our early flight out of China had something to do with my comparing Manila’s airport to Shanghai. Manila airport doesn’t have to be Shanghai airport, but it should be infinitely better. 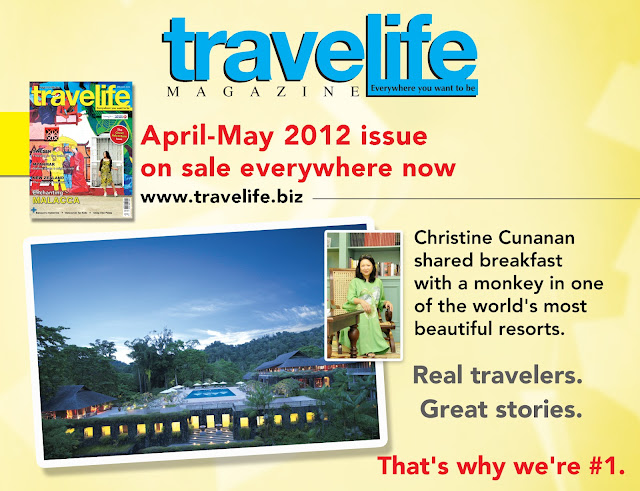 SAILING ON A SILVER SEA

But this great cruise didn’t start out too wonderfully. Ten hours after sailing out of Tokyo Bay, we were suddenly hit by bad weather on the way to Hiroshima. 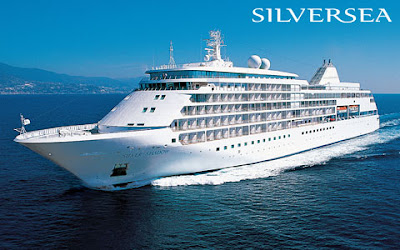 At first it was just a couple of jumps that felt like riding the waves at an amusement park, and the hardy ones among us were pretty amused. But by mid-morning the seas turned really tough and from the top deck, some people were claiming they were seeing swells of 18 feet. 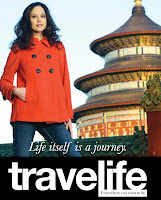 I really like the boat moving a bit, but this was too much for me. I sat in bed for a while trying to start a book I’d brought with me — “Obama’s Wars“by veteran Washington Post correspondent Bob Woodward of Watergate fame — and I couldn’t make out two sentences without feeling sick.

The Bob Woodward book about the first 600 or so days of the Obama administration was interesting enough but the waves were that bad.


Soon enough I decided to just lie down till the worst was over, skipping lunch and just closing my eyes. My butler came in midway with a couple of anti-seasickness tablets and a glass of ginger ale which was supposed to help things along.
“What’s everyone else doing?” I asked him, and he replied: “About 70% of the guests are down.”
But if you like cruising as much as I do, you’ll know that occasional bad weather like this is part and parcel of cruising. No one can control the weather and some oceans are just ferocious if you’re unlucky enough to have bad weather timing — and the Pacific Ocean, as well as the passage to Antarctica and between Australia and New Zealand, are especially notorious. 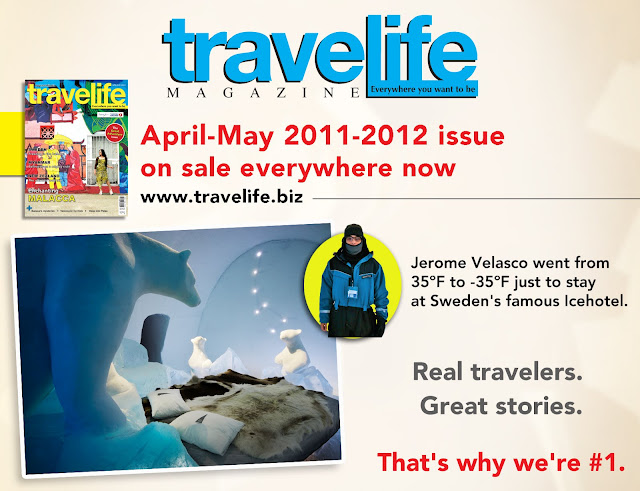 But this is where the happy ending comes into the picture. By about 4 PM the weather had cleared enough for everyone to recover and for the ship’s wonderful schedule of a formal welcome dinner — black tie for the guys and long gown for the ladies — to continue as planned.

And from that time on, we’ve had nothing but spectacular weather through Japan, Korea and the Chinese coast.

Yesterday’s sail into Shanghai was particularly amazing in terms of the weather and the sights. We sat at the helm of the boat to get a 180-degree view of China’s most dynamic city and its surrounding environment, and then we continued on to the terrace of the ship’s Italian restaurant La Terrazza for an al fresco lunch of pasta, champagne and lots of white wine as we slowly sailed into Shanghai. 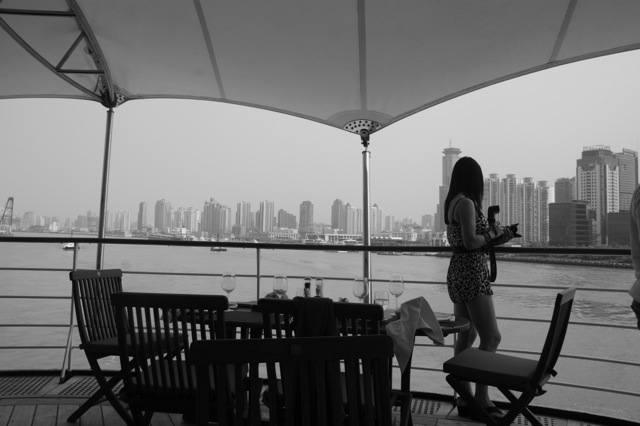 It took about six hours in total, and when we finally stopped to park in Shanghai, there we were right on the waterfront with the futuristic buildings of Pudong on one side and the early 20th century buildings of the Bund on the other side. No hotel could possibly equal our view.

And for dinner, we dined right by the pool of the Silver Shadow on the top deck, feasting on perfectly grilled filet mignon steaks with this most amazing view of Shanghai at night all around. What a view. What a cruise. What a Travelife. 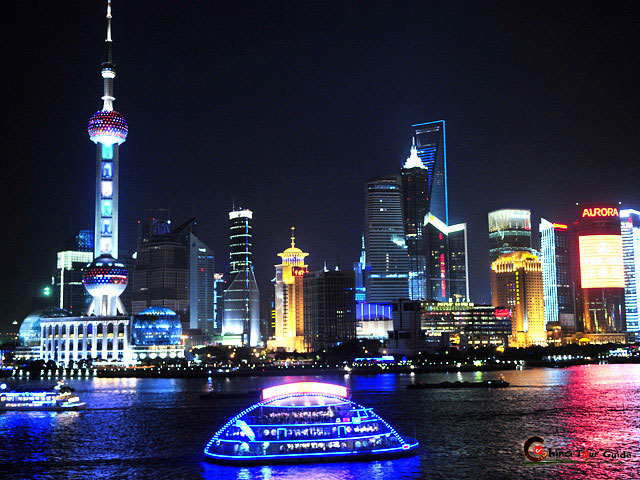 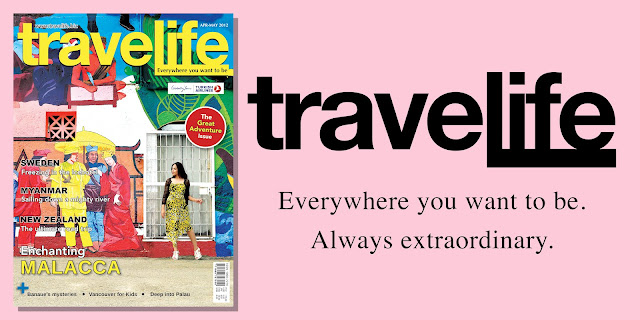