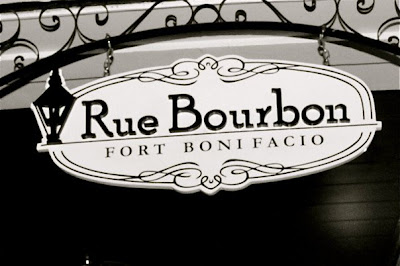 Looking for someplace new and reasonable for dinner on a Wednesday night, my officemate Camille suggested Rue Bourbon, a bar and restaurant in Burgos Circle, Fort Bonifacio. I quickly agreed. I’d driven past it several times and it always seemed full and lively. In fact, one recent Saturday, crowds had spilled onto the sidewalk with drinks in hand, everyone seeming to have a great time. 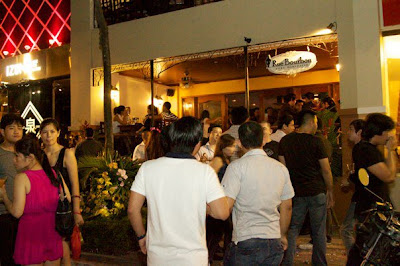 We got there just past 7 pm and there was a good mix of expats and locals. Some American friends working in an office nearby were even having beers inside.

“This is our first time here,” one of them told me. “But we’ve been hearing about how this place has good food and nice music.”

The other one raved: “You’ve got to order the nachos – we arrived two hours ago and we haven’t been able to stop eating them since. And don’t forget to try the specialty beers.”

Meanwhile, our group was drawn to the tables on the terrace fronting the street. With its elegant trellises and old-fashioned lamps, the terrace atmosphere gave us the feeling of being in New Orleans, and the large ceiling fans kept us pretty cool as well.

Everyone ordered a choco martini to start – the sweetness of the chocolate was just what we needed to end a hectic workday and the alcohol content quickly put us in a good mood. I was famished, though, so I immediately looked through the menu after the first sip. It was pretty extensive and certainly reasonably-priced.

“What’s good here?” I asked Camille. She’d been talking about Rue Bourbon for some time now, as she and her college friends apparently went there every week. In fact it’d become a ritual for them to have dinner here on weekends and end their meal with shots of Gunpowder. The Gunpowder was a tiny glass of liquor that the waiters ignited and made to burst into flames resembling a tiny fireworks show. “It’s quite something to see,” Camille kept telling us, “And when you have a whole table of grenades lighting up, it’s just amazing.” 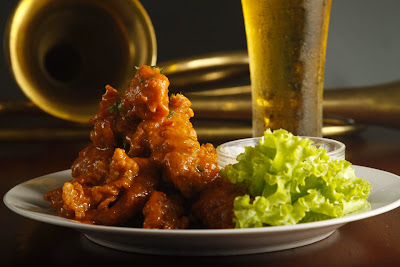 For food, she simply said: “Leave it to me. I know what to order here.”

We had a big ceasar’s salad with chunks of juicy grilled chicken and Bourbon wings, the house special that was really a plate of crunchy buffalo wings with a sweet and spicy seasoning. We also loved their version of Oysters Rockefeller. Apparently, Rue Bourbon is also famous for the top quality of its oysters since it buys from the same supplier as luxury hotels.

But for me, the best things on the menu were the jambalaya and the pizza. The jambalaya, a New Orleans staple, is a spicy rice dish topped with meat or fish; and Rue Bourbon’s version was literally overloaded of chunks of meat. Meanwhile, their square pizza was similarly loaded with bits of bacon and beef.

“They’re certainly not shy on toppings here,” I commented, as I took a bite of the pizza.

Save the best for last 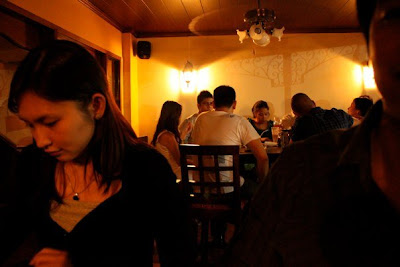 The biggest surprise came at the end of the meal. Our bill was so reasonable that it was hard to imagine we had eaten and drank so much.

“This is probably the best deal in town,” Ana, my other office mate, exclaimed, as she took money out of her purse to pay for her share.

“Shhh, don’t say that so loud,” Camille said, seriously agitated. “The restaurant manager might hear you and increase the prices. That’ll be the end of the good times!”

Get more interesting travel information
in every issue of Travelife Magazine.
The October-November 2010 issue
is on sale everywhere now.
FB.init(“d6b2d6569a5491d882e5b05c3089b336”);
TRAVELIFE MAGAZINE on Facebook