I’m writing this out from Tokyo, not from Paris unfortunately; although finally the weather here has turned from miserable and cold to sunshine-y spring, making me feel I’m actually in Paris in June. 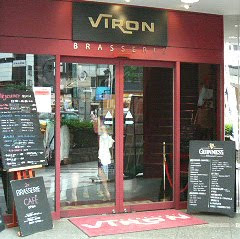 And today, for lunch, I’m meeting my Japanese friend Keiko at our usual haunt, one of Japan’s most authentic French brasseries. It’s so French that it only uses French flour, butter and salt to make bread and pastries; and even most of the produce served for lunch and dinner as well is flown in on Air France.

Meeting Keiko today after a very long time of not being in Japan reminded me of the very many trips we have taken together to all sorts of places, and most of it with some amount of shopping involved. For about ten years now, until last year, I’ve met up with her for a week in Paris right about the last week of June. Elsewhere during the year, we also managed trips to Asian destinations and around Japan. 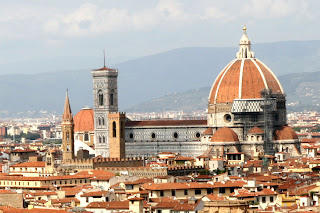 In fact, I met Keiko on a trip — which is probably why we made very good travel friends. I was spending a week in Florence on my own, intent on visiting museums and galleries. I flew into Florence from Vienna, and my first stop that evening was dinner at an excellent trattoria recommended by my hotel. The place was full and I was on my own, so I guess that’s why the restaurant seated me next to the only other lone diner : Keiko. We exchanged pleasantries in Japanese and by the second course we were comparing notes on museums and outlet stores. By the end of the evening we had made plans to meet up every night for dinner together — one day she would choose the place, the next I would do so. It was the perfect arrangement for two girls traveling by themselves in Florence.

Anyway, this was long before Travelife came along and took the time (but not the fun!) out of traveling. 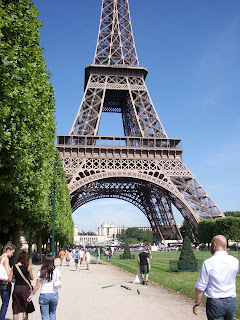 For as long as I can remember, Keiko and I have traveled to Paris at the end of June for one week of good food and great bargain-hunting. The annual summer sale kicks off on the same day for all stores, and not a few avid shoppers travel from all over the world to unabashedly indulge themselves in a sea of 50% discounts. There is absolutely nothing high-brow about these June trips, although last year, we did manage an afternoon at the Louvre. In general, however, we reserve the museums, the historical walks and the opera for visits to Paris at other times of the year, when the city is less populated by battle-ready women in slacks, flats, and with the all-essential credit cards, roaming the streets with the determined look of hunters searching for current season items at half-price. 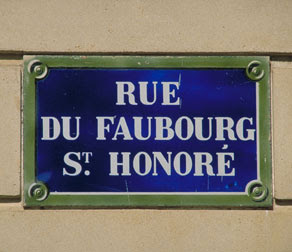 Keiko and I have our routine down to pat, arriving five days or so before the sale proper and staying at a hotel within walking distance to the Fabourg St. Honore, the department stores around the Place de l’Opera, and also to the Left Bank. I always fly into Paris from my Tokyo home, and then continue onto elsewhere in Europe for summer holidays with my husband. Meanwhile Keiko heads to Tuscany in mid-June to stay in countryside inns tracking down amazing delicacies, before ending up in Paris for one last fabulous shopping hurrah.

We deliberately arrive earlier than the sale to leisurely check shops, choose items and plan our respective first-day routes. At places where we’ve become regulars, the shop girls will keep highly coveted items for us. We also take advantage of the lull before the consumer storm to indulge in our common love for food—something impossible to do once sale madness begins. Taking turns to pick restaurants, in between store browsings we have long lunches at Michelin three-star restaurants, where a proper three-course meal at noon is often a bargain compared to the astronomical prices at dinner; and then we try to walk off the calories in the afternoon. Evenings are reserved for more reasonable one-star restaurants run by ambitious young chefs. On the sale’s first day, many stores open at 8am. After an early, hearty breakfast— our next meal will be dinner at 9 PM, after all—Keiko and I part ways for the day, wishing each other luck. She joins the throngs at Printemps and Galleries Lafayette. 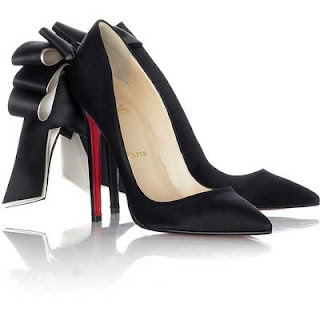 Meanwhile the Hermes sale is always my first stop, followed by visits to Chloe, Missoni, and Christian Louboutin’s tiny workshop/store on a very narrow street just on the way to the Marais. Every year I reach the Hermes sale—which, unlike most other brands, is held off-site on the ground floor of an ordinary building in a nondescript neighborhood with no signs to attract attention—at 8 AM, and am subjected to a tortuous three-hour wait just to enter. I know I should arrive earlier but I never do; and instead I line up and listen to the same songs on my iPod, and watch impatiently as Japanese early birds leave the sale laden with so many paper bags they can hardly walk. Some of these women take the last Air France flight out of Narita Airport the day before, arriving in Paris at dawn and heading straight to the Hermes sale to sit on the pavement until 9am in the same clothes they left their Tokyo apartments in. The die-hards who can’t afford time away from work spend the whole day shopping and then taxi back to Charles de Gaulle airport just in time for the last flight back to Tokyo. It’s literally a shopping daytrip to Paris from across the globe. 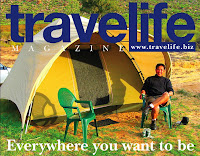 The Hermes sale is probably the least publicized of the designer sales, and the way Keiko and I discovered it long ago deserves to be told. It was a fine morning in June when we set out from the Park Hyatt Place Vendome for our usual pre-breakfast circular walk through the Tuileries, along the Seine and then finally past the Champs Elysees and typical working districts on the way back to the hotel. In one of these districts, we saw dozens of women waiting in a line that snaked several blocks down outside a subway exit. Most of them were either French or Japanese. Unable to contain our curiosity, we asked a Japanese girl in line exactly what this was all about. She stared at us as if we had just asked the silliest question in the world. “This is the Hermes sale,” she replied. “No leather bags, but lots of scarves, shoes and clothes.” That was all we needed to know. Unable to find a taxi, we ran the last three kilometers to our hotel to pick up our credit cards and dashed right back. I had never seen Keiko run like this before—but this is exactly what sale season in Paris does to you! This appeared in the May-June 2008 issue of Travelife Magazine. Travelife Magazine is the Philippines’ leading travel & lifestyle magazine. www.travelife.biz