Our first meal in Madrid consisted of morcillo, calamari, jamon and roast lamb 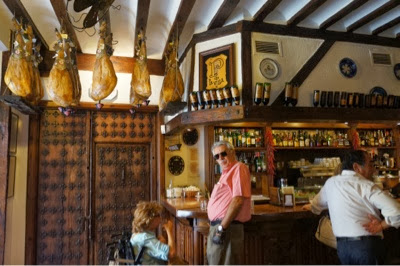 In Madrid, living a Travelife, our first lunch upon landing in Spain was at the Posada de la Villa.

This is a very old fashioned restaurant with over two hundred years of history. 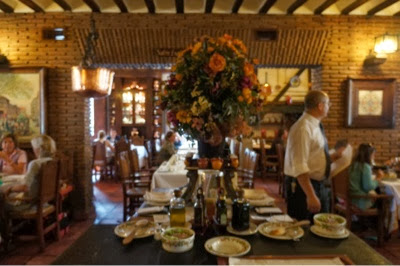 The moment we walked in, we were enchanted by its Old World interiors and the tantalizing smells coming from the kitchen.
This restaurant, after all, has been roasting lamb since the 19th century.
HISTORY OF DELICIOUS FOOD 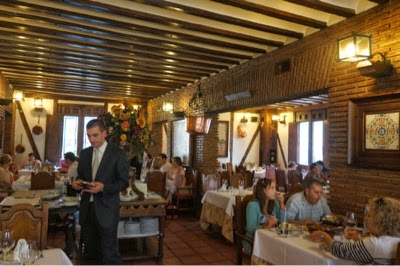 Talk about centuries of good eating here.
My friend S said: “This is exactly the kind of place I wanted to eat in.”
I knew what she meant. We wanted a very real restaurant that would confirm in no uncertain terms that we were really in Spain, living a Travelife. 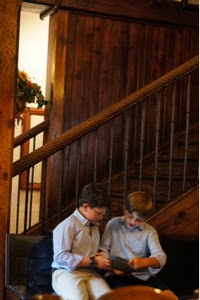 The restaurant was full of large families that looked like they had been coming here to eat for generations.
Everyone was happily tucking in: from the grandparents to the grandchildren.
AN AUTHENTIC SPANISH MEAL 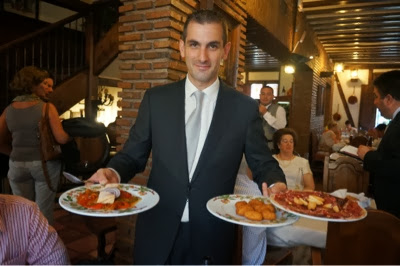 Of course, we asked for all the house specialties.
We did not really care what we ate, as long as it was delicious. 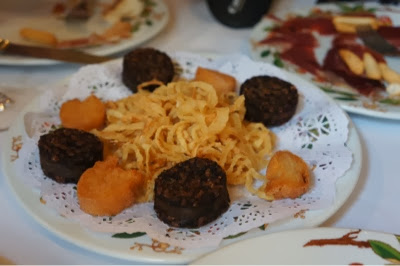 The appetizers started coming, and these included crispy calamari, the requisite Jamon Iberico and a very deep tasting morcillo.
The morcillo was especially good. 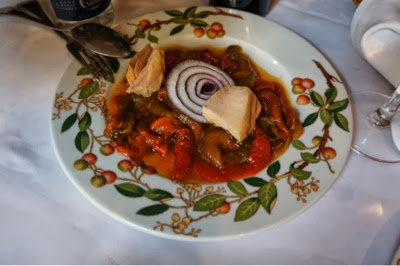 We also ordered a very special kind of jamon: a jamon made of cured lamb meat instead of pork.
It was absolutely delicious.
THE REASON FOR BEING 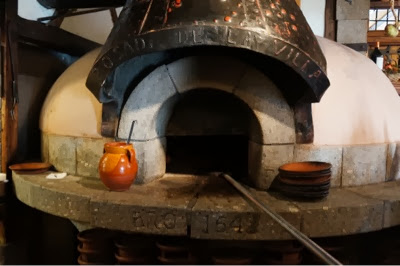 But the piece de resistance of the Posada de la Villa is its roast lamb, which is cooked in an antique oven on the first floor. 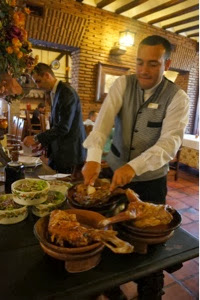 Almost everyone who eats at the Posada de la Villa orders the roast lamb, as this is what the restaurant is famous for.
WORTH THE TRIP 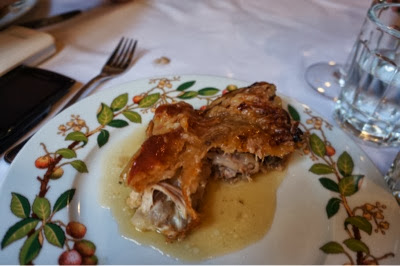 We were not disappointed.
The roast lamb announced itself way before it even arrived at our table by way of a most amazing aroma that made all of us fabulously hungry, even after several servings of Spanish appetizers. 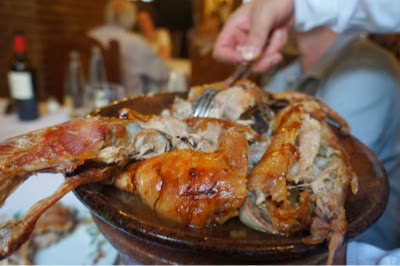 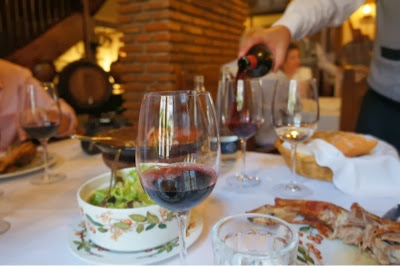 We washed everything down with a bottle of cava, which is the Spanish sparkling wine, followed by carafes of red wine. 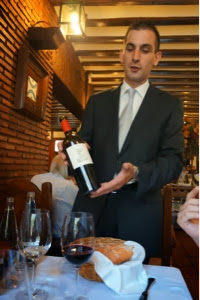 In Spain, the local wines are often cheaper than water.

So it made sense to drink ourselves merry, on our first day in enchanting Madrid, living a never-ending, and never-endingly eventful Travelife. 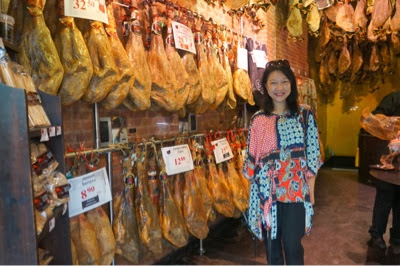