One week of history, art and sleuthing in Paris, in search of the home of the Duke and Duchess of Windsor

I was in Paris by myself several years ago, after a holiday in London and Greece with friends.

After our beach holiday in a very nice Greek resort, they’d all gone back to reality, while I decided to extend my stay for a bit longer in Europe.

Initially, I planned to spend this one week alone in my favorite city walking through old neighborhoods haunts and frequenting the usual 6th and 7th arrondissement bakeries and brasseries that were an integral part of what used to be my bi-quarterly visits.

I was actually quite fine doing this, as going solo meant I could do whatever I wanted whenever I wanted.

NOT SOLO AFTER ALL

However, at the very last minute, while on the beach on the outskirts of Athens, on the eve of my flight to Paris, I caved in and decided to ask two friends from the States along on a whim.

Through circumstances too tedious to explain here, I had a two-bedroom suite at the Lancaster Hotel, a small but lovely boutique hotel off the Champs Elysees that still remains among my favorite Paris hotels to this day. 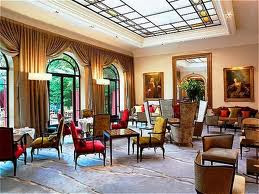 I especially love the Marlene Deitrich suite and the Chinese suite of the Lancaster Hotel — both of which look down onto the hotel’s garden, giving these a perfectly tranquil and quiet atmosphere in a very busy part of Paris.

Anyway, my two-bedroom suite at the Lancaster Hotel provided the perfect set-up for a girls’ week in Paris – and I suddenly realized it would be a shame to keep this room to myself.

HALFWAY AROUND THE WORLD
AT A MOMENT’S NOTICE 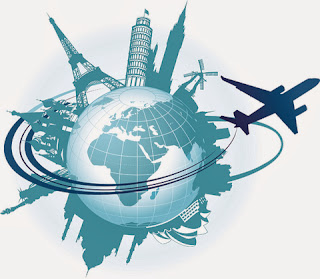 Not too many people I know are willing to fly halfway around the world on a moment’s notice – literally, a moment’s notice — but I had just the ladies in mind.
I met Sonya and Deedee four years ago on a Silversea cruise ship that sailed the Black Sea from Istanbul to the Ukraine.

It was the most exotic setting for a long-distance friendship with two conservative women from Florida, generations and continents apart from myself, but equally passionate about travel and curious about the world. 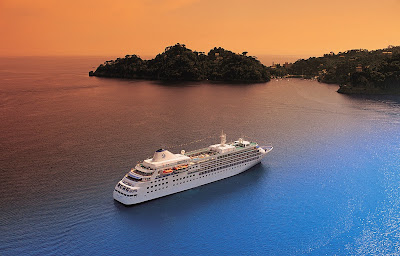 Travel was their life, fellow nomads became their friends and their exciting lives enriched their equally stimulating travels.

We dined al fresco with Sonya and her husband Jim at a fancy dress party on the ship deck, under the stars, while it was parked right on the harbor of the beautiful city of Odessa. 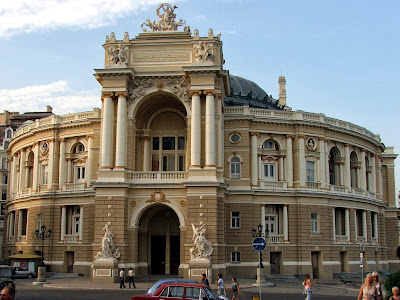 Meanwhile, Deedee struck up conversation with us on the bus as we bobbed up and down a country road from the old Russian naval base of Sevastopol to a 6th century mountain monastery, thereby starting a long-term, long-distance friendship.

INVITATION TYPED AND SENT FROM A GREEK BEACH

Fast-track to September 2006, and an email I typed out on my Mac on a beach outside Athens, inviting them to come stay with me in the City of Lights. 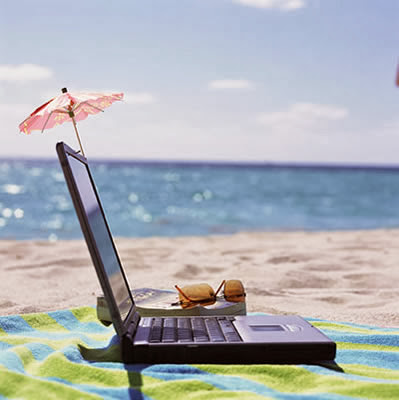 Unfortunately, Deedee had a wedding to attend, but Sonya was enthusiastic.

With the incredible efficiency of the multi-million-mile traveler she was, within hours she had arranged her flight from Florida to New Jersey and then her overnight transcontinental flight from Newark to Charles de Gaulle Airport. 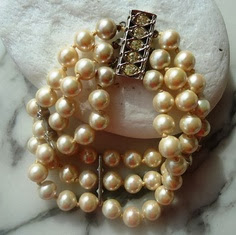 Before I knew it she was in Paris at 7 a.m. the morning after my own arrival, impeccably dressed in cashmere and pearls like a genteel countess, and ready for adventure.

Upon arrival in Paris, Sonya took half an hour to get organized while I scrambled for some croissants and coffee.

And then we were off on our adventure.

MY FAVORITE EVENT IN PARIS 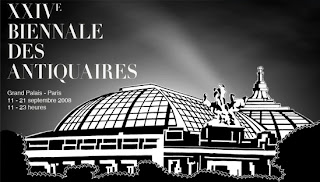 Our first stop was the Biennale des Antiquaires at the nearby Grand Palais, a major sale and exhibition of antiques, artworks, jewelry and almost everything that has to do with the finer things in life for a home.

The top dealers from around the world all participate in this prestigious fair, and many of them create temporary, amazing showrooms that are almost as impressive as the goods they exhibit. 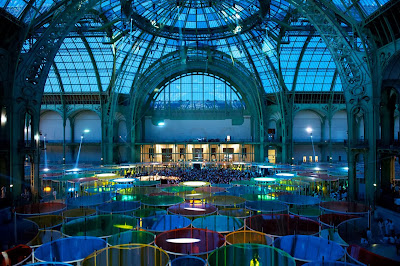 Apart from the annual summer sales, this is among my favorite events in Paris and I always try to visit France in time for this.

That year, I remember falling in love with a small Picasso and a breathtakingly beautiful vintage gold necklace by Verdura — the kind you never see anymore.

Verdura is still one of my favorites for its beautiful craftsmanship for vintage jewelry.

GOOD FOOD AT THE BIENNALE 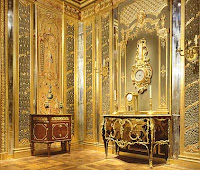 The other great thing about the Biennale is that it has an option for pretty good food at decent prices for Paris.

This being the chi-chi Biennale, there is of course a fancy lunch option that costs around 80 to 100 euros and it’s usually catered by a nearby luxury Michelin-starred hotel like the Ritz or the Meurice.

I never take this option, though, as — for this price — I don’t like eating in a noisy exposition hall. I’d rather go to the Ritz itself.

THE MORE SENSIBLE OPTION
The other option is for a great 40 euro lunch, served very casually in a cafeteria-style atmosphere, and you often have to share tables with other diners.

But since you’re among like-minded lovers of beautiful things, you don’t really mind; and in fact, it can be fun. 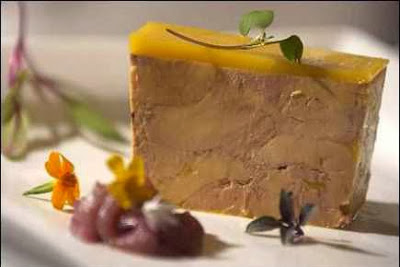 That day, we had a terrine to start and roast duck as a main, and shared a table with an elderly Moroccan couple and the husband’s sister, all of whom had moved to Paris decades ago in search of a better, and perhaps less autocratic, life.

They told me about life in Morocco under King Hassan II, which was extremely fascinating since I had just read a book on the subject.

After our foray into beauty, we plunged headlong into history. 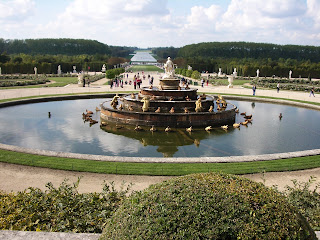 Being fanatic history buffs with a crazy penchant for strange details, we ended up walking our shoes off in the footsteps of some of history’s famously tragic heroines.

We trooped to Versailles to see the newly-restored Hameau de Marie Antoinette, the doomed queen’s private playground of charming farmhouses and lakes.

Follow @TravelifeMag
MARIA CALLAS’ APARTMENT IN PARIS
At a corner of the tree-lined Avenue Mandel in the 16th arrondissement, we gazed up at the second-floor bay windows of Maria Callas’ former apartment and imagined her singing a lonely aria there after learning that Aristotle Onassis, the love of her life, had married Jackie Kennedy. 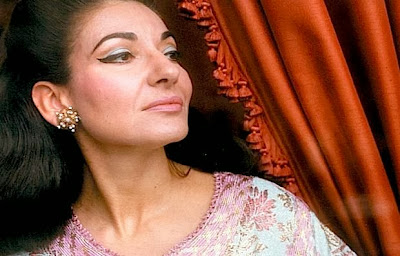 We then walked through the Bois du Boulogne, Paris’ version of Central Park, looking for someone who could point the way to the villa of the Duke and Duchess of Windsor, that also gained fame as one of last places Princess Diana visited before she died.

We asked several joggers and picnickers but no one knew or cared.

Finally, we found an elderly gentleman with two Labradors sitting by a pond who, upon learning of our quest, invited us to hop into his tiny Peugeot with the dogs.

He kindly drove us right to the front gates.

The sparse neighborhood of very private estates, just at the edge of the Bois, was surrounded by heavy woods.

IN SEARCH OF A DUCHESS
“At least we got to see it from outside,” I said to Sonya, congratulating myself on having even found the reclusive villa at all.

We had asked the concierge of several deluxe hotels in Paris, and no one had been able to give us concrete directions.


The Windsor property was surrounded by forbidding hedges and electronic surveillance cameras, but we could still make out the mansion’s turrets from across the road.

“Outside? We’re going to try to get in, of course,” Sonya said, matter-of-factly.

She then proceeded to ring the bell like an invited guest. Almost immediately, the heavy black gates slowly opened to reveal a long gravel driveway leading to the main house.

“It can’t be this easy,” I said, shocked and uneasy, as Sonya gleefully led the way into Dodi and Diana’s last sanctuary.
QUOTES FROM THE GOOD BOOK 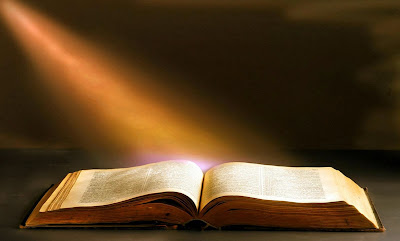 “What did the Bible say? Ask and you shall receive?” Sonya said reprovingly.

We had only ventured a few meters inside when a gardening truck drove out, and on its heels came a heavyset security man who looked like he could shove two ladies away with his pinky finger.

For a moment, we thought the gates had opened for us.

“You can’t come in here,” he said, unsmiling and firm.
A DAREDEVIL STUNT
“Oh can’t we take a look, even just for a minute?” Sonya pleaded. “We’ve come all this way and we just want to take a minute to see the house.”
The man shook his head.

“Impossible,” he sighed. “No one is allowed to see the house and, believe me, so many people have tried. The last pair even tried to jump onto the grounds from the top of a garbage truck.”

“Would a garbage truck really be high enough for that?” Sonya asked earnestly. 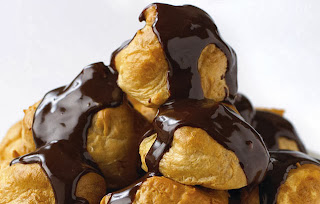 I knew her next plan of action but I was already thinking of dinner — specifically, a roast rack of lamb with a carafe of decent red wine, followed by profiteroles doused in chocolate sauce for dessert.

It took all my persuasiveness — and only with great reluctance — did Sonya agree to leave the woods and we returned to reality.