Tonight I hosted dinner at home for an old friend from London who is literally a blast from the past — from the time some years back when I lived in Tokyo and breathed the world of funds and hedge funds. Tokyo was at its (recent) peak then and it was a breathlessly wonderful world where finance people in Tokyo, London and New York were simply flush with success and brimming with confidence. In their private lives, they collected houses all over the world the way some people collected tea cups; and they carelessly spent a thousand dollars, or even a hundred thousand dollars, as if this was merely a hundred. It was a world of people who all thought they were masters of the universe and they certainly lived like it, as well.

THE MOST EXPENSIVE MEAL IN THE WORLD 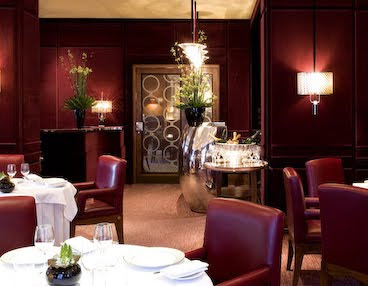 One of the most famous stories of this heady time happened in London, where six bankers from the City — friends of friends, actually — went to dinner at star chef Gordon Ramsay’s restaurant Petrus, one of London’s priciest restaurants and a great favorite in the finance world. The bill came up to 44,000 pounds for dinner for six (about PhP3.06 Million based on today’s rate), making it the most expensive meal per person in history until that time. They charged this terribly expensive dinner to their company and consequently lost their jobs as a result. That dinner created quite a stir and it was truly scandalous even by the standards of the finance industry’s finest high-flyers; but this kind of over-the-top spending did happen quite a bit, although in lesser terms, in Tokyo, London and New York a few years back.
A DEADLY RECESSION HITS 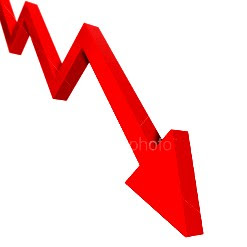 A deadly recession that primarily hit the world’s financial capitals because it affected mainly investors in sophisticated financial products (Manila was spared, thankfully); and this changed this amazing world forever. In Tokyo, for instance, so many people in the finance industry lost their jobs and had to leave Japan; and the empty apartments and “For Rent” signs in the expat neighborhoods are truly noticeable. Although things are sort of recovering now, I can tell that all my fund manager friends in these cities these days are more careful and more sober about their lifestyles. No one’s in the poor house yet — a 60% drop in one’s bottom line is all relative, after all — but gone are the days when people stopped thinking of the value of money. Frankly, it’s a good thing because those were really crazy days. I lived in this world for ten years by virtue of association, and I enjoyed every minute; but the practical Filipino in me could never really get used to the senseless wastes of resources I saw around me.
STAR FUND MANAGER
Anyway, my friend was once one of the most high-profile fund managers investing in Japan, and he was always at the top of the rankings. He certainly is among the most interesting to talk to as well. Several years ago, he decided to leave his firm and set up his own hedge fund, raising quite a record amount at the outset because of his stellar reputation as one of the best fund managers dealing in Japan. And because he’s a Japanophile, I decided to do a shabu-shabu dinner at home with my stash of wagyu (Yes, J, if you’re reading this by satellite from somewhere in the middle of nowhere; you’re not the only one with a wagyu stash…).
FROM FINANCE TO TRAVEL & FOOD

Since I moved to Manila, my world has been about travel, culture and food — which is absolutely wonderful, and I love every minute of my life now and would never trade it for anything else. But, frankly, both worlds are fun but in very different ways. It’s great to live a life of adventure (especially luxury adventure!); but it’s also really exciting to discuss things that may move the world and the way people think about it, and to meet the people who can make currencies go up or who can truly change the world with their investments. Every so often, opportunities like tonight come around, where the talk centers on finance and the greater world, and it’s a pleasant reminder of another world I left behind.
“Where do you think the euro‘s going from here?” I asked him. The euro’s been up and down over the past months and exactly now it’s at a pretty good place to possibly think of selling it for another currency.
“It’ll probably go down,” he said. “There’s too much weighing on it. Portugal and Spain are hanging around Germany‘s neck like deadweight.”
“The trouble is, there really is no other currency to turn to,” I replied. “And that’s why I’ve stayed put all this time. If there was actually a convincing currency alternative, I’d be out of it in two minutes.”
“I like the Singapore dollar,” he said. “And I’m not crazy about the Japanese yen. It’s really overvalued.” I had to agree. The Singapore dollar was a safe bet if only it wasn’t so hard to deal with outside of Singapore, and the more accurate value of the Japanese yen vs the US dollar is more like 120 yen to a dollar IMHO. “Japan has too much debt,” I agreed. “If it wasn’t being managed, it should be more like 120 yen, and wouldn’t we all love it.”
“So it’s really only the US dollar by default,” I said, more to myself than to him. On Friday I’d switched out of some euros to US dollar for that exact reason, even if I’m not exactly in love with the US dollar as well.
CRIME IN LONDON 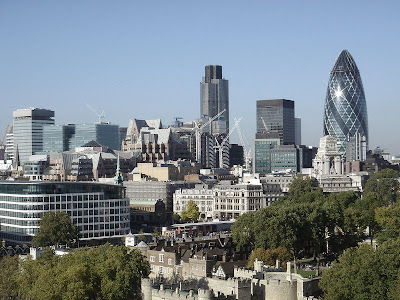 We also talked about the recession in the UK and the crime that was resulting from it. In January, a professional burglar had broken into his beautiful home in Notting Hill in the middle of the day — a shocking development, as this means that criminals are becoming more aggressive so that they are breaking into people’s homes in daylight when they know people are actually home — and tied up his housekeeper and his son. Then, when his wife came home, she was held at knifepoint and harassed to the point that she thought she was going to die. They were all handcuffed together and the burglar then systematically proceeded to take every single piece of jewelry and valuable item in the house. Fortunately they’re insured for everything so he reckons he’ll get 80% of the value back. But that doesn’t take away the fact that it was an extremely traumatic experience for his family and an awful start to the year.
“Things can only get better from here,” was all I could manage to say. And I really meant it. Not just for him, but for so many people I knew who had had challenging starts to the year as well.