In South Africa last November, living a Travelife, we drove out to Sun City for lunch on one day.

Actually, Sun City was never on my bucket list — or on any of my lists for that matter — but someone else wanted to see it, and so I was in a way dragged along on a three-hour drive from Johannesburg and back.

I exaggerate, of course.

It was really a trade-off.

We spent something like 17 hours in total in a car, driving from one place to another and hopping out every so often for sightseeing.

CHECK OUT TRAVELIFE’S PICKS
FOR THE BEST OF CAPE TOWN

in the January – February 2013 issue
on sale from February 15

And we probably drove 500 kilometers or so. We’d hired a driver to get us around, of course, and he was pretty exhausted at the end of that day as we’d started out early at 3 AM from Johannesburg.

Sun City is like a big, larger-than-life entertainment complex in the middle of nowhere.

It had its grand heyday a long time back, when it first opened, and it attracted gamblers to its casinos and golfers to its championship courses.

Not knowing much about Sun City, we’d asked the driver to take us to the best hotel so that we could have lunch.

There were several hotels here, but their best turned out to be a mammoth six-star hotel that was big on grandeur but not really my taste.

There were pockets of loveliness here and there, but in general, I could do without the large elephants tusks in the lobby, the even larger elephant statues everywhere, and the staircase for 200 people. 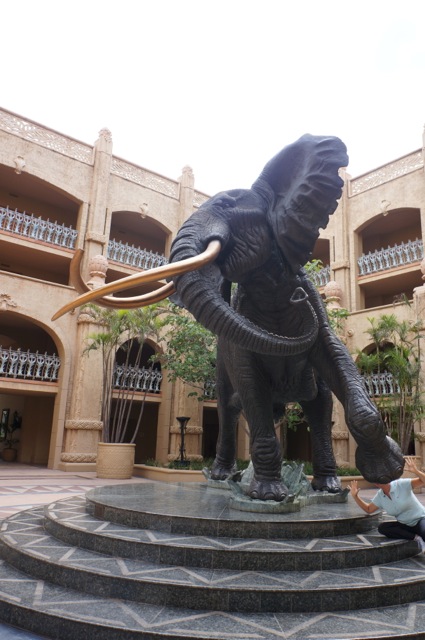 The downside to such a large hotel is that it took us forever to find the restaurant.

We walked around for a good few minutes and we couldn’t find it. In fact, we never did get to the restaurant. Someone had pointed us in the wrong direction, and we walked a good few hundred meters to get there.

When we reached the supposed place to eat, it turned out to be the swimming pool cafe.

I’m sure there were other places to eat in that very large hotel, other than an empty swimming pool cafe.

But that was what we were stuck with, since we wanted to eat quickly and also make it back to Johannesburg in time for a very nice dinner at the Saxon Boutique Hotel, cooked by Chef David Higgs.

LUNCH BY THE POOL 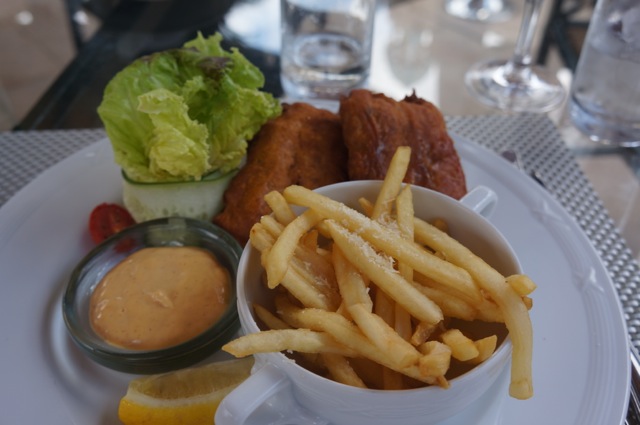 We ordered fish and chips and a no-fail club sandwich (have you ever had a lousy club sandwich?) as a back-up.

Thank goodness for that back-up, which we enjoyed with a strange mixture of mayonnaise, ketchup and hot English mustard.

Then for dessert, I got to order an assortment of ice cream. 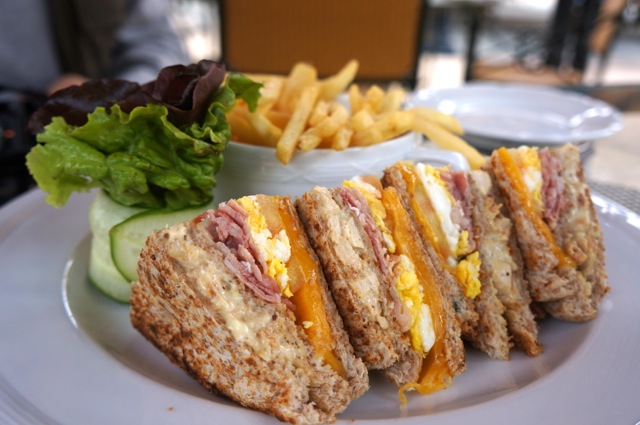 The three-hour drive back to Johannesburg by way of Pretoria — we just had to see Pretoria as well — was pretty uneventful in terms of scenery.

But the good part was that we passed a crafts market along the way, and I stopped here to have a look at some textiles, beaded animals and animal skins. 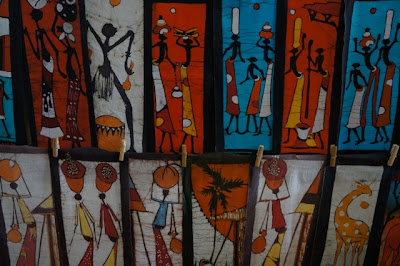 That day ended at midnight, after a really enjoyable dinner at the Saxon, which I’ve already written about as just another day, in our never-ending, and never-endingly eventful Travelife.