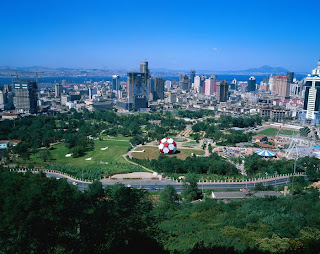 Yesterday I spent the day in Dalian, a port city in Northern
China that’s perhaps one of the closest major cities to North Korea and Russia.
It’s a pretty prosperous city – they have a stand-alone Hermes store and a
Shangri-la hotel, and I saw a Conrad Hotel being built in the distance – but
it’s still pretty far down in the Big Picture scheme of things as far as
Chinese cities go.
Nevertheless I was very interested to see Dalian for several
reasons, and one of them has to do with its Russian connection. Even today,
there’s still lots of evidence of its relationship with Russia: there’s a
pretty pedestrian avenue lined with old Russian villas and structures from
maybe over a hundred years ago, and today it’s been turned into a street of
souvenir shops operating out of these very same buildings, and all selling
Russian things like fur caps, shawls, wooden dolls, Russian communist party
lighters and even Russian chocolate.
RUSSIAN TRAGEDY IN CHINESE SEAS
Nearby is the historic sea area that was once called Port
Arthur. I don’t know what it’s called in Chinese today, but at the turn of the
20th century, this was known as Port Arthur and it was under the
rule of Imperial Russia.
Russian history is one of my (many) big interests and
in the early 20th century, Port Arthur played a key role in it because
this was where Russia suffered its first humiliating battle – a stunning defeat
by the Japanese that caught the Czar’s advisers and the Russian Imperial Navy
completely by surprise. Practically every Russian battleship was sunk by the
Japanese and this – at least for me – marked the beginning of the end of a
great Imperial power.
ON SALE EVERYWHERE NOW 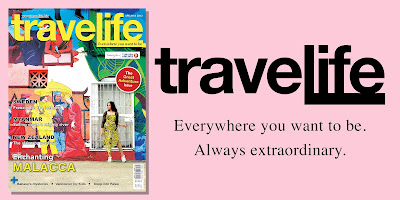 I’m probably going to bore many people with this story, but
let me tell it anyway because it’s stuck to my mind ever since I read accounts
of it in several history books about the rule of Czar Nicholas II. The Japanese
were very eager not to go to war with the Russians and prior to their attack on
the Russian Navy in Port Arthur, one of their top diplomats was banging on
doors in St Petersburg for as long as three months – trying to get an audience
with the Czar, and barring that, trying to get an audience with anyone senior
enough to avert a war.

Czar Nicholas II was too busy to see him and many of his
government officials did not deign to give him an audience either, gravely
underestimating his cause and the power of Japan, a country so small and too
far for them to care about – at least in their opinion.

The Japanese government
official gave up and returned to Japan and the next time the Russians heard
from Japan, they’d sunk half the Russian Navy in a matter of days.

Anyway, this sinking of the once undefeatable Russian navy
happened very near where I was yesterday, and it got me thinking about world
events and the rise and fall of countries. 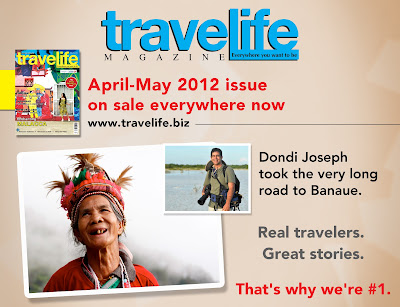 CHINA IS THE FUTURE
And I don’t have to spell out that China is on one amazing
rise at the moment. Of course everyone knows this, and the power of China is in your face if you visit cities like Beijing and Shanghai, and even Hong Kong.
But for me, never was it more apparent than yesterday, in a middling Chinese
city like Dalian – for even here, I could hear and feel China’s deafening roar.
The future is certainly in China. This phrase almost shouted itself into
my ear as I spent the day looking around Dalian, observing the changes in a
people and a country I’d been visiting since I was a child. Yes, I first
visited China as a child, landing in completely Communist Beijing less than
four years after the death of Chairman Mao Tse Tung, so I’ve seen this country
change and turn on its head over decades. (Read more about my visit to Chairman
Mao’s China in the upcoming June-July 2012 issue of Travelife Magazine. Out on
the newsstands on June 15.)
Yesterday, I went into the Friendship Store in Dalian to see
the best local products on the market today. Dalian has all the name brand
shops from Europe and the US on the same street, but they’re of no interest to
me as I can get them elsewhere. I was really interested in seeing just how far
local products have come in recent years. 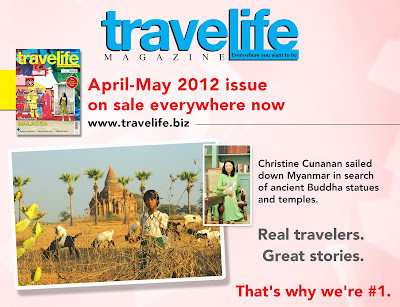 Wow. I can tell you that I was going around the Friendship
Store looking at things and keeping my credit card in my pocket. The markets in
China may be selling lots of cheap stuff; but at the higher end of the consumer
spectrum, things have really gone E-X-P-E-N-S-I-V-E.
I was looking at clothes
made in China and when I began calculating prices,  numbers like US$500 were staring back at me from my
Blackberry.

I really wanted to buy something local, though. And for me,
it really was a sign of the times that I was there at the Friendship Store –
not even a super pricey brand boutique – holding a dress that was made in
Dalian under a department store brand, and I was trying to negotiate with a
salesgirl for a discount.
She was laughing at me because the dress was actually
already on sale with a 20% discount, but it was still costing something like
US$170.  Yes, a local
made-in-Dalian dress, from a store that was on the high-end of things but there were a couple of other local women
trying stuff on.

The dress itself was pretty but nothing very special; people say I like to wear
strange things, so this was one of those “strange dresses.”

Who buys this stuff at US$170? I wanted to ask. But my
language skills failed me. Until then we’d been communicating – or rather, I’d
been haggling over prices – by kanji characters on a scrap of paper. Perhaps it’s just as well that I didn’t find out.
ON SALE EVERYWHERE NOW