How to get upgraded to First Class on a flight

Uncategorized
Sometimes, getting upgraded to First Class on the flight of an international airline is easier than you think. Leaving Bangkok airport for the coast of Thailand, after a pretty bumpy flight from Manila, I overheard the most interesting conversation in the airport lounge. Scroll down to read more. 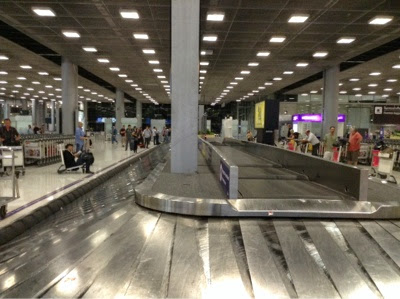 In a previous blog, I’d already recounted a pretty funny conversation I’d overheard between a girl and her significant other, in the airline lounge in Manila that day, while waiting for my flight.

This time, I was waiting for my luggage to go down the carousel at Bangkok’s Suvarnabhumi Airport, you see, and I was the first to get there since I was in Row #1 of the plane — so I was the first one out and at the immigration line.  Upon reaching the carousel, I’d positioned myself right by carousel chute as I was really eager to get to my hotel in time to meet up with someone for dinner.

A few minutes later, this very casually dressed guy stands next to me, also waiting for his luggage. I was on my iPad posting photos on Instagram and answering emails, while he whipped out his mobile with a bit of an exaggerated flourish and called some girl.

“It was a pretty rough flight,” he’d said to this girl on his phone, after exchanging some pleasantries with her — all within my hearing range, as he was standing next to me as he talked.

And indeed, it was a rough flight, even for me in my never-ending Travelife. The plane was gyrating madly and someone in the same row was literally cursing the weather and gritting his teeth.

This guy seated across me in the plane even almost shouted: “Are we really all right?“

Fortunately, I was in the middle of thinking about something pretty serious, so the bumpy way down to earth didn’t bother me much.

HOW TO IMPRESS A GIRL

Then the guy standing next to me at Bangkok airport continued, to the girl on his phone: “Fortunately, they bumped me up to First Class since I fly them so much…“

This remark made me stand up straighter than usual.

First Class? We were on the same flight and row # 1 was definitely business class only, so he was obviously trying to impress some girl who didn’t know her airplanes.

There’s no first class on any airline between Bangkok and Manila, as far as I know.

In fact, I noticed him in Row #3 from the outset because he had actually taken my seat in Row #3.

When I saw him, seated in my assigned seat and with all his things spread out on the seat next to him as if he’d bought both seats for himself, sitting there with a self-satisfied smirk on his face, I’d simply sat in an empty seat next to someone else in row #1.

I’d checked in late for my flight as usual, you see, and this time I’d just purchased a business class ticket without making a seat reservation because I’d been too busy to think about this detail.

And my staff had their hands full with other things as well.

Usually, they know which seats to reserve for me way in advance, but this time, we all forgot and I was at the airport with a business class ticket but without an assigned seat. 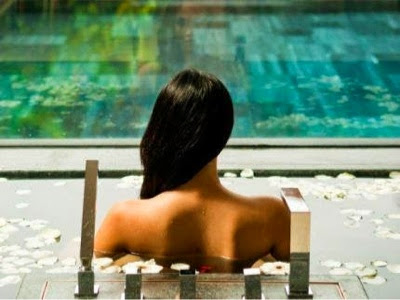 This Thai spa trip is the last in a never-ending series of back-to-back trips, you see, so someone had overlooked this detail.

At the airport, I’d requested row #3 because the check-in staff had told me that I would have an empty seat next to me.

The check-in staff had told me: “The seat next to you is empty unless someone comes in at the last minute and buys an upgrade to business from economy for US$150 one-way”.

And when I entered the plane, there was this very guy seated in my assigned seat, and his bag was sprawled all over the other seat.

And now here we were at Bangkok airport, and he was telling some girl on his mobile that he’d been upgraded to First Class as an airline VIP.

The girl on the other end of the line must’ve been pretty impressed.

As for me, my luggage was the first one out and I left as quickly as possible, to catch my car and driver, and head out for another adventure in my never-ending Travelife.

I’ve certainly had enough of overheard conversations that day….