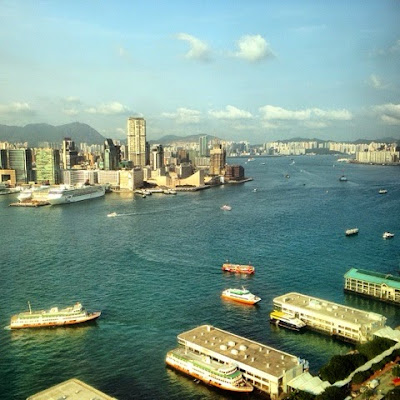 On Friday night, in Hong Kong living a #Travelife, Mr. XX returned earlier than expected from three days of business meetings in Macau by taking a quick helicopter ride across the New Territories and Victoria Harbour to Central.

“Couldn’t be bothered to wait for the ferry,” he said, when I saw him, meaning the hovercraft from Macau.

Fair enough, and that gave us a bit of time before dinner to walk around IFC Mall shopping for nothing in particular.

Neither of us is a big shopper, and shopping malls full of brand names you can find everywhere hold almost no allure for me unless they’re on sale. But it was nice just to walk around and observe everything, and see what was new in stores.

Hong Kong stores have become such an enigma, ever since they began catering to the mainland Chinese market.

Then Mr XX suddenly said, out of the blue: “Let’s each buy something we like.“
I looked at him with a perplexed expression, trying to decide whether he was stating the obvious, teasing me, or suggesting something extraordinary. We were in Hong Kong’s retail mecca, after all, and, yes, I could probably find a hundred things to buy in an afternoon if I really tried. 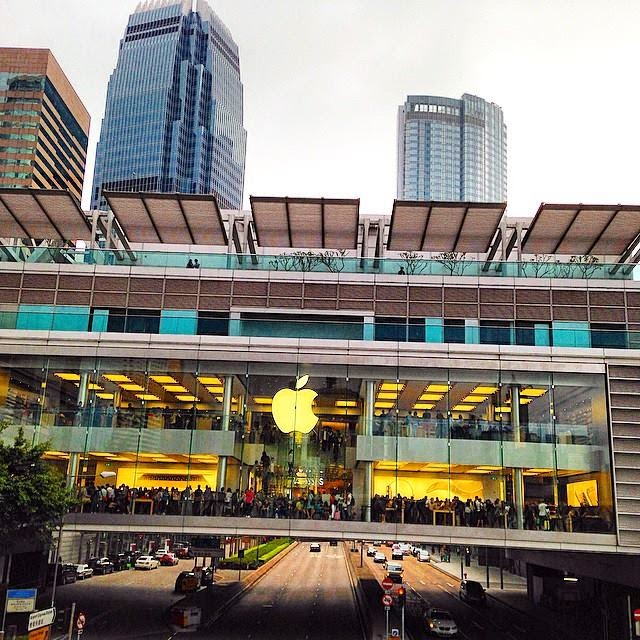 A WINDFALL AT THE CASINO
Sensing my confusion, he explained with a smile: “I had to go to the casino with some people last night, and I ended up at the blackjack table.”
Looking very pleased with himself, he continued: “I actually won a bit of money, so I thought we’d split it between us for a little treat.”

How nice of him to give me half. And I can’t tell you how much he’d won at blackjack, except to say that the amount was somewhere between “decent” and “something to write home about.”

Straightaway, we went to Christian Louboutin’s display at Lane Crawford, obviously for me. I only wear Louboutin and a few other French designers for heeled shoes as the French understand the need for glamour and comfort without looking silly compared to most.

Unfortunately, as this was in Hong Kong, all they had were shoes with incredibly high heels, rather than the more reasonable lower heels I like. 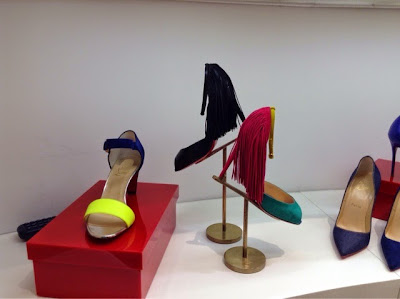 Then for some reason, we forgot about looking for something to buy after that, as it was almost time for dinner at one of the top restaurants he’d booked in Hong Kong.

NO SHOPPING EXCEPT FOR GREEN COKE

In the end, after three days in Hong Kong, living a #Travelife, I ended up buying absolutely nothing except a couple of cans of green Coke.This is Coke made with Stevia , and it’s been just launched recently in certain cities.

Then the next time I remembered my little cash windfall was at Hong Kong airport as I was killing time before my flight to Koh Samui on Bangkok Airways. A LITTLE BLACK DRESS
AFTER MY OWN HEART

This was when I spotted the kind of little black dress I like — classic and comfortable, but with an unusual twist. The type of dress you can wear all the way from a 10 AM meeting to a smart lunch to a cocktail party and then a stylish dinner.

Of course, I bought it, as such black dresses are so hard to find. And so useful in a never-ending #Travelife.

And I bought this just in time, too, because I think I’m wearing this new black dress in a few days to one of these 10 AM to 10 PM things — from breakfast on a beach in Koh Samui, to lunch in Hong Kong, to the closing cocktail party for Madrid Fusion Manila, and an intimate dinner with one of the visiting Michelin-starred chefs.

In other words, on just another day in my never-ending, and never-endingly eventful #Travelife.