Everyone wants shampoo on the road to Mandalay 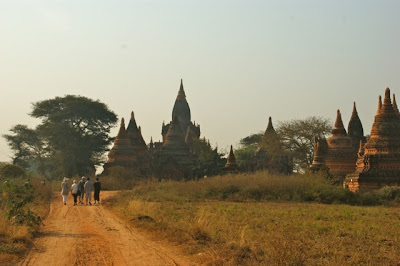 So there we were in the middle of nowhere in Bagan, in central Myanmar, last week and we were exploring our nth amazing temple. It was hot as it was nearing noon, but it was a short walk from our car parked by the street, to the temples, through a parched field — so I couldn’t really complain.

Nevertheless I had my SLR and a couple of other gadgets with me, so it certainly wasn’t a walk in the park. And in spite of my companion’s gallant offer to help me carry my stuff, I insisted on doing so myself as I was clicking away at temples every few steps.
EMPATHY FOUND 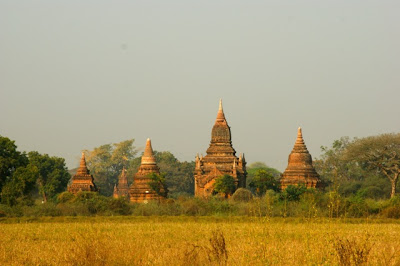 At one point, though, I stopped shooting, and I found myself lost in thought.

“What are you thinking about?” My companion asked me.
I replied: “I was just thinking exactly now that I finally know how my team feels.” You see, we often travel in teams of 6 or 10 for Travelife Magazine, depending if we’re just shooting a cover or doing a tv episode as well, and almost everyone is carrying a whole lot of equipment except me. But from that point onwards, I knew what it felt like to have two cameras on my neck all day.
A NEW FRIEND
We were a small group of five from The Road to Mandalay river boat run by the Orient-Express, and our guide had taken everyone else into one of the smaller temples to inspect a Buddha statue while I stayed outside to shoot some landscape shots. 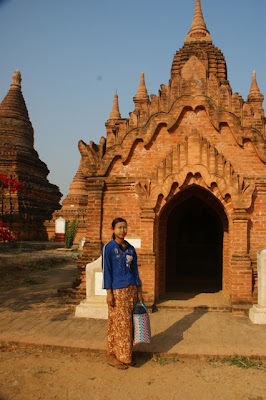 Suddenly I felt a tug at my side. It was a young Burmese girl with an innocent face and earnest eyes. I instantly felt for my pockets, simply out of habit, as I was used to innocent-looking gypsies plying the tourist routes of Europe. But my pockets were safe. I assumed she wanted to sell me a necklace or a piece of lacquer ware.
Instead she asked me: “Where are you from?”
The Philippines, I replied. She then followed up with a second question: “Where you staying in Bagan?”
JUST SAY THE MAGIC WORD
I replied: “The boat. Road to Mandalay.” The Road to Mandalay has been operating between Bagan and Mandalay for 17 years now so it’s pretty famous in these parts. In fact, it’s the most upscale operation in Myanmar so it sort of acts as a magic password for lots of things including better service everywhere and even boarding airplanes first for domestic flights. 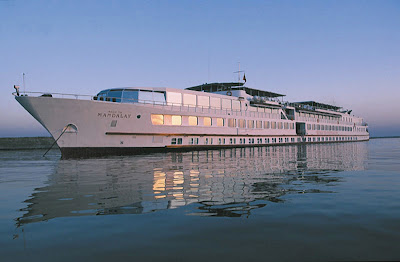 We’d flown Air Mandalay to Bagan from Yangon, you see, and before all the other passengers boarded, someone came up with a Road to Mandalay sign to allow any boat passengers boarding the flight to get into the plane first and get settled with luggages and all before the other passengers were allowed on board.
The same thing happened at Bagan Airport. All we had to do was utter those four magic words — The Road to Mandalay — and we were quickly ushered into a coaster that sped off to the boat. No need to think about my luggages. The next time I saw my bags was after lunch, and they were propped up and ready for unpacking in my state room on the ship.
A MOST INTERESTING REQUEST
Anyway, when I said “Road to Mandalay” to this young Burmese girl by the temples, with a rusty old bike and a bright smile, her eyes literally lit up. She asked me, again tugging at my sleeves: “Do you have shampoo?”
It took me a minute to digest what she meant. But when I finally did, everything was clear. Of course. Good shampoo must be difficult to get in Bagan — and the toiletries on board the boat were all from the Bulgari Green Tea line from Italy.
I nodded. She asked again: “And conditioner? And lotion?” 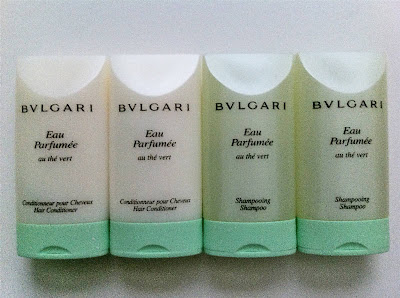 We, of course, had a set of Bulgari products in our state room. But I had no need for them as I’d brought my own travel kit. I nodded. I’d decided then and there to give her the whole set.
SIMPLE JOYS
She was jumping up and down for joy. She said: “I’ll come to the boat tomorrow at 8 am.”
And as I headed back to the car, she ran after me, breathless, and whispered: “My name is Nunu.”
And that was it. An agreement was done and she was relying on the trust and good memory of a complete stranger.
PATIENTLY WAITING
Unfortunately, the next day I woke up late and only remembered my shampoo promise over breakfast. I rushed through my tea and croissants and gathered the supplies in my state room and huffed and puffed up the hill from the riverbanks. I was 90 minutes late for our meeting but Nunu was there waiting patiently, and overjoyed to see me.
“I’m so sorry,” I said, and I thrust into her hands the Bulgari toiletries set that had been allotted for my cabin. Her eyes danced, and it was obvious she had been expecting a bottle or two, but not the entire set. She tried to find a way to say thank you. 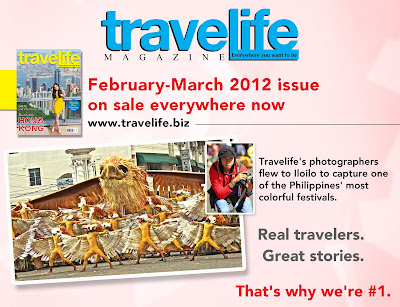 Finally she asked me: “You like Myanmar blouse?”
I nodded. She opened her cloth satchel and took out from it a lovely white cotton blouse — the traditional type that Burmese women wear with the longji, which is their version of the sarong. Obviously, this was one of blouses she was peddling to tourists at temples and here she was, giving it to me in appreciation of the Bulgari toiletries kit.
I tried to give her some money for it. It was very pretty and I probably would have bought it at the market anyway. But Nunu wouldn’t hear of it.
She said, with a shy smile: “Just give me more shampoo please.”

I tried to think about what I could do as I couldn’t very well deplete the Orient-Express of more Bulgari supplies just to hand over to a young girl in Bagan. I wish I’d known how far toiletries could go in making the girls here happy, before landing in Myanmar, as I would have emptied my cabinets in Manila of supplies and brought everything to Bagan.
As it was, I’d purposely brought the most minimal luggage because I was intent on loading up on crafts and coming home with my luggage weight allocation maximized. So I’d brought tiny versions of toiletries figuring I could use them and then throw them away after.
I sighed, wishing I had more to give. I would give her my last bottle of shampoo and whatever makeup I’d brought with me. I wouldn’t need much for the rest of the trip anyway.
I told her: “Come back tomorrow then. 830 AM.”
She did a little dance and was off on her bicycle. And as sure as the sun rose the next day, she was there waiting for me at 830 am the next day. But this time I made sure I was on time.
Just another day in our never-ending, and never-endingly eventful Travelife.
ON SALE EVERYWHERE NOW