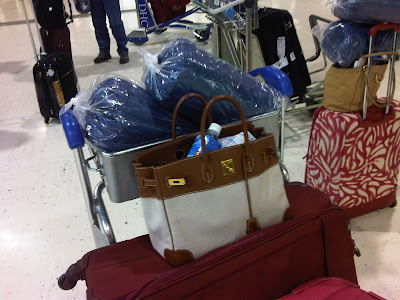 Good morning, everyone, from the floor of Narita Airport at 2 AM Tokyo time. I never thought I’d be typing these words out, and I certainly never imagined I’d one day be sleeping on the floor of the airport. And let me tell you, it looks like a refugee zone here although not as chaotic as I’d seen at other airports on TV. I’m actually quite comfy. I have a sleeping bag on a carpet and I’ve found a place to plug my Mac and recharge my phone on the floor under the public phones. (That’s a photo of my sleeping bags and my water bottle for tonight, by the way)

FROM FIRST CLASS FLOOR TO SIX-STAR SHIP
We usually like to travel slightly more luxe than this, but I guess I now have earned the true badge of honor as a Frequent Flier, to be doing a glamorous winter villa in Hokkaido, a five-star hotel in Singapore, a six-star cruise ship in Bali and, yes, the floor of Tokyo’s Narita Airport all in one week. That’s what I call a real traveler. Yes, I still hope to make it to Manila by tomorrow for a series of meetings and dinner, and to fly out to Singapore to meet my friends on Sunday, and to sail out of Bali with Silversea on their newest ship on Monday. If you think that’s resilience in the face of adversity — it certainly is. Resilience and flexibility.
THANK YOU FOR YOUR CONCERN
First of all, thank you to everyone who sent email messages, texts and Facebook posts. I only saw the emails and FB now but I’d been receiving the texts. Unfortunately, as lines here in Japan were clogged the entire night, I wasn’t able to reply. But I’m hoping to still catch the morning flight to Manila in a few hours and to make it to drinks with my friends JC and B, and to the Commanderie de Bordeaux dinner tonight if I can. I’ll certainly have a lot to talk about with everyone then.
THE GREAT TOKYO EARTHQUAKE 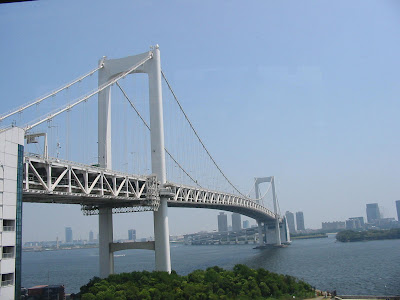 Our afternoon began eventfully with the Tokyo earthquake between 2 pm and 3 pm today. I was on the bus from central Tokyo to the airport and the earthquake happened at the worst possible place imaginable for me and my companions: just as we were crossing Tokyo’s very long Rainbow Bridge, and just at the point where it’s highest and at the same time the protective borders lower. The earthquake was measured at around 8.9, which is very strong. But I can’t even begin to describe how terrifying it is to be on a very long suspension bridge when the earth is shaking at 8.9 for a very long time, and you’re on a bus swaying from side to side, and on your right is nothing but the very cold waters of Tokyo Bay about 300 feet below.
A FEW SECONDS OF ETERNITY
When you’re in the middle of an earthquake, even a few seconds feels like eternity. Well, this felt like triple eternity — or make that quadruple eternity combined with a horror movie because the entire bus was screaming and everyone thought they were going to die. I don’t usually think I’m going to die, but this was one time I told myself: “Looks like this is it.“
If the earthquake had gone on any longer, all of us in that bus were sure we would have toppled over and no one would have saved us because Tokyo was in complete chaos after that. Fortunately, the quaking stopped long enough for us to get off the bridge finally and get back on the highway.
TEN HOURS STUCK IN A BUS
And this is where our second ordeal began. The Japanese government stopped all movement on the highway and cleared it of vehicles, so for the next ten hours or so, we were stuck in a bus that was alternately parked and then moving at a very slow pace. Initially, the orders of the bus company were to get everyone off at the nearest train station with all their luggages. But this is the dead of winter and no taxis, trains or buses were running at all. It made no sense to me to force people off the bus knowing there was nothing for them to do but to wait outside in the cold, which was going to get even colder as night came, since they had no way out of that place.
Interestingly, the Japanese passengers all obeyed with the exception of one lady, who is actually Japanese-French who stayed in the bus with me and the other foreigners. And over the hours we’ve become good friends enough to share the same carpet in this airport tonight. But these passengers left the bus and I’m sure they’re still stranded in the train station now.
TEN FOREIGNERS AND A BERSERK DRIVER
Ten foreigners, including myself, absolutely refused to go out into the unknown. This made the bus driver go berserk for a while, but eventually he calmed down although he was never cooperative – which is a great surprise to find in Japan, where service is usually fine. Anyway, by a combination of cajoling and finally calling his boss, we were able to get him to drive us to Narita Airport via the back roads as the highways were all closed. It was better than being stuck in a train station in the middle of nowhere. But this process of getting to the airport from where we were first stopped by police on the highway took a total of ten hours. Ten amazingly long and stressful hours where we were stuck on a bus with no food, water or phones.
POOR CRISIS MANAGEMENT 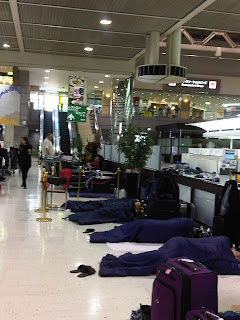 I’ve always told people Japan has poor crisis management skills; but even I’m shocked by the chaos that ensued from this earthquake that was very major but that didn’t exactly result in buildings falling to the ground. Everything literally stopped working: ATMs, mobile phones, transportations services, emergency services. We’ve known the 2nd Great Kanto Quake would come for a while now — why wasn’t Tokyo more prepared? No one knew what to do, and many hotels literally refused to do anything to help those who weren’t checked into their rooms. I was very shocked by all this, especially in this country touted as the most technologically-advanced country in the world and still among the richest.
TEAM NARITA AIRPORT
Fortunately, my nine hardy companions were excellent company. They all had a great sense of humor and some of them had state-of-the-art technological gear which helped a lot when Internet services were finally restored later in the evening. They were also very kind. Three of them had rooms booked at Narita hotels and since we eventually reached Narita, they were assured of warm beds and hot showers. We were all strangers to them, but they very kindly offered us all space in their rooms.
My new Japanese-French friend and I were initially inclined to bunk in with them. But when we reached Narita and looked at the time, it was close to 2 am. It seemed a big hassle to make our way to a hotel and check-in, only to get out again at first light to try and get our flights booked. So we looked around the airport — which looks like a refugee zone by the way — and found a carpet to share in, ironically, JAL’s First Class check-in area. So yes, we are still traveling luxe in a way. And it’s not too bad, actually. 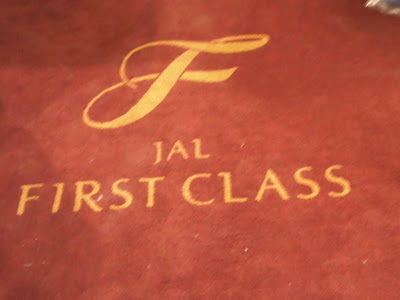 Home sweet home tonight
What clinched it for me, too, was the discovery of an electric socket no one was using and WiFi connection. OK, I can live in an airport as long as I have WiFi and my Mac up and running again. And that’s how I ended up on the floor of Narita Airport tonight.
NO ONE BUT J FOR COMPANY
And through it all, J’s been a real trooper. I had no mobile phone access for these ten hours of confinement and my Mac had died a long time ago. So all I had was a precious Blackberry BBM signal, and he’s the only person on my regular BBM. “Really sorry I can’t assist except through BBM,” he messaged, “but I can keep you entertained whilst you are finding a way out.” Via BBM, he kept me company for about eight out of those ten hours, updating me on what was happening in Japan as seen on TV — as, for a long time, we had no real news — and cracking jokes to make me laugh. And if you’ve ever been stuck in a bus for ten hours, you’ll know just how important it is to have another person just like J at the other end of the line at a time like this.

Interested in the Travelife Turkey Tours
for May 2011?
Click here to watch an interview on ANC
with Christine Cunanan,
Travelife Magazine Publisher 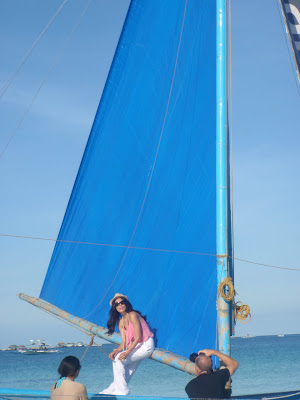 1 thought on “End of the world in Tokyo”