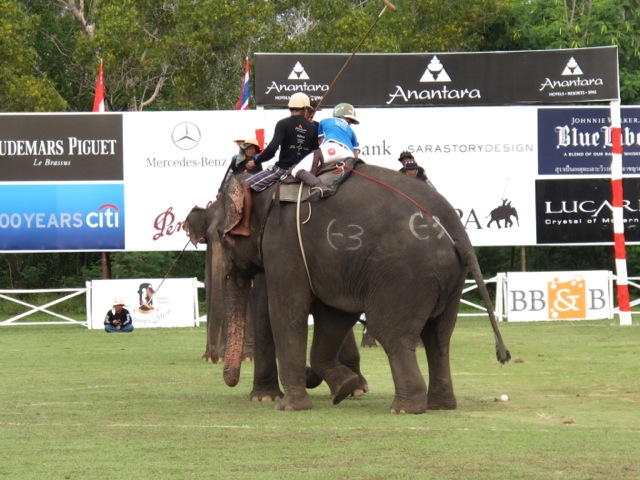 We’re used to seeing polo as played with horses. In fact, one of our favorite events every year in March is the grand finals for the polo tournaments at Manila Polo Club, and the fun cocktails on the lawn afterwards. 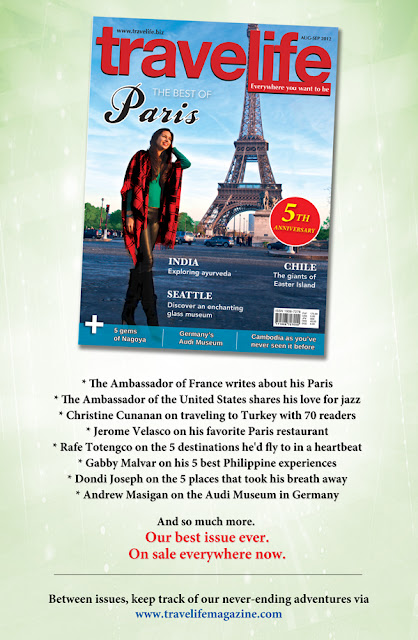 ON THE POLO FIELD

This year, I actually found myself on the field during the awarding ceremonies, helping to award the cup and shaking hands with the winners, as a member of the Chaine des Rotisseurs association of Manila. The Chaine and the Ambassador of Argentina were the official sponsors of the grand finals. 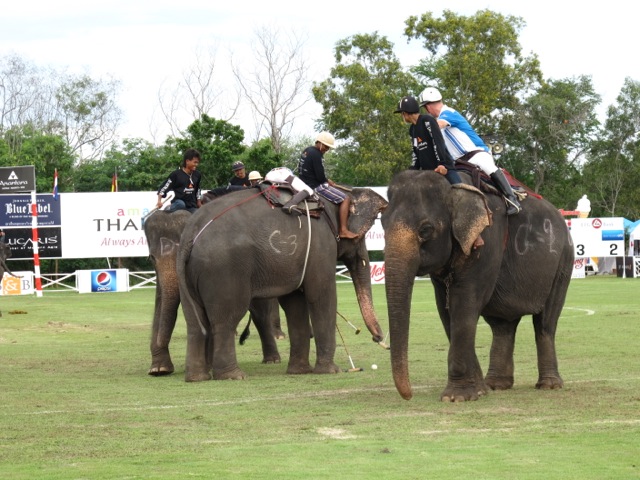 WATCHING THE ELEPHANTS IN HUA HIN

In Thailand last week, what an amazing experience it was, to see the elephants in action. They move quite slowly compared to horses, of course, but it was exciting nevertheless, to see these mammoth but gentle creatures competing on the field, with pretty aggressive riders on top. 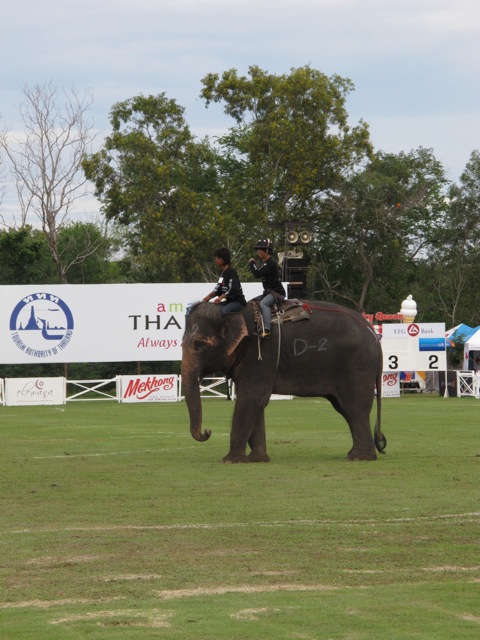 We attended the grand finals along with the diplomatic community of Bangkok, international celebrities and the CEOs of some of the biggest companies in Thailand. We sat next to William Ellwood Heinecke, CEO of Minor International and owner of the luxurious Anantara Resorts. 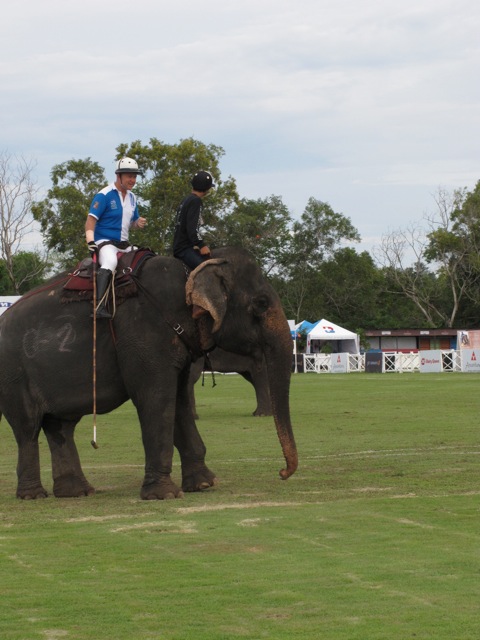 But apparently, the elephants (and their riders) had been competing all week. And after a fun and ferocious week of elephant polo, attended by teams from all over the world, the final day of the tournament offered up a showcase of skillful play, plenty of memorable moments and a new winning team for 2012. 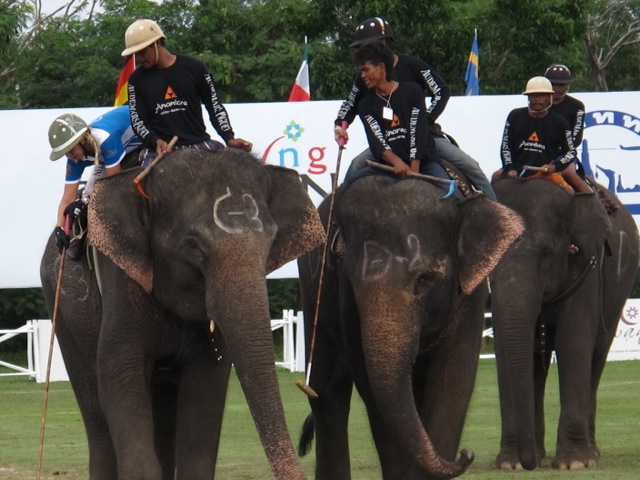 The final match placed two stellar teams on the pitch, both of them full of storied elephant polo histories and exceptional players. However, the combined offensive might of King Power’s Nattapong Praumlee, Thanasin Chuawangkham and Captain Tom Claytor proved too much for the defending champions Audemars Piguet. 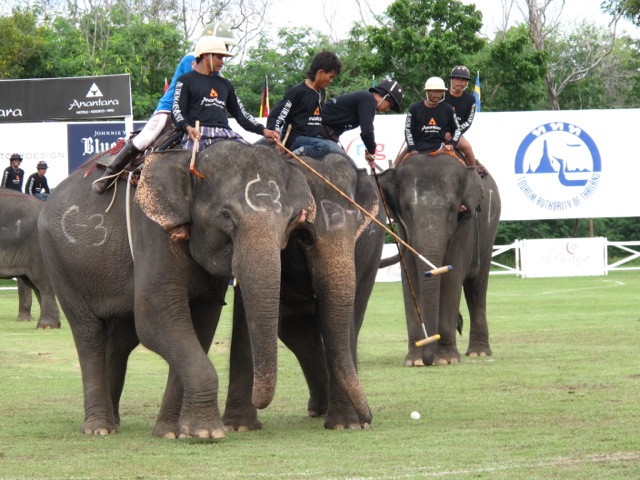 King Power’s Thai super star player Nattapong Praumlee received nearly all the scoring glory of the game, batting in every single goal for his team. Meanwhile, Captain Tom Claytor served up surgically precise assists, and fellow professional polo player Thanasin Chuawangkham provided the same impenetrable wall in front of the goal that kept the Audemars Piguet team on the defense for most of the game. 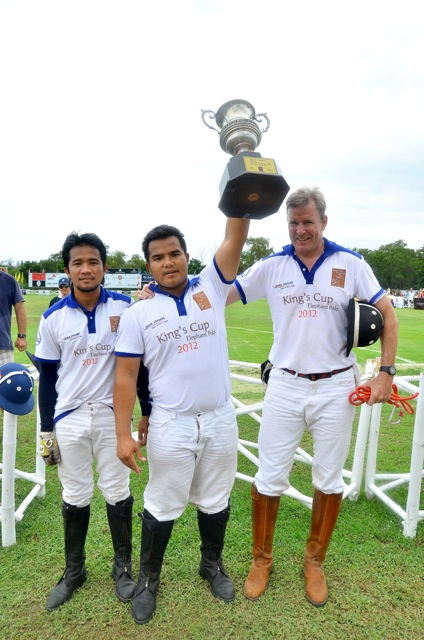 The final score was a resounding 13 – 9 to King Power.

The exciting week-long event was not only about fun and games — although what fun games these were — but it was also about charity. 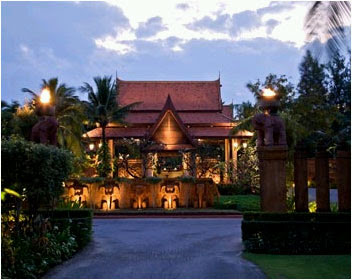 A whopping THB 3.3 million was raised for various elephant charity projects at the wonderful gala dinner at the Anantara Hua Hin, attended by top dignitaries from all over Thailand, well known celebrities, and, of course, Travelife Magazine, the Philippines’ leading travel and lifestyle publication. 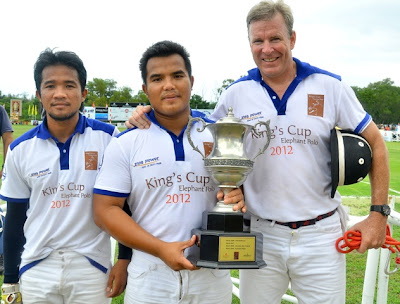 In fact, the Travelife team and the Ambassador of Thailand to the Philippines were the only guests from Manila for this wonderful event.