Driving to Malmo in Sweden from Copenhagen for sightseeing, lessons in Viking culture and some summer sale shopping 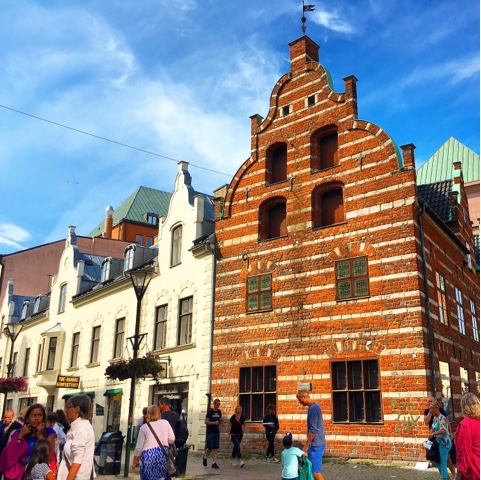 Last Monday in Copenhagen, living a #Travelife, we decided to drive across the long Oresund bridge that separates Denmark and Sweden and go into the cool and very cultured city of Malmo for the day, just for a relaxing sightseeing and shopping trip. 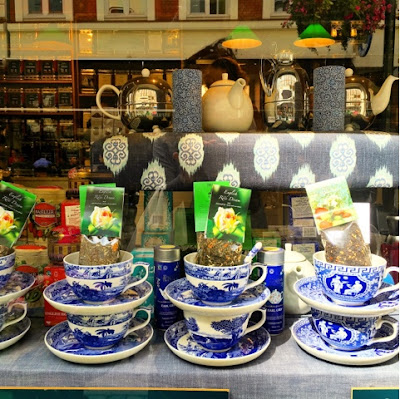 TRACING ONE’S ROOTS
TO THE VIKINGS

I arranged for a guide and a big van to take us there and back, and our driver Ivan was a very knowledgeable guide as well who literally kept us entertained the entire day.

He’d traced his lineage back to the honest-to-goodness Vikings, and this was particularly relevant, as much of the lands between Copenhagen and Malmo, being by the sea, are really Viking territory.

VISITING A VIKING SETTLEMENT
AND A PRIVATE HOME IN SWEDEN

So on the way we stopped to see the remnants of an old Viking settlement.

And then we also visited a modest — at least modest by royal standards — castle once used by Danish kings that has now been turned into a private home, before finally driving into Malmo. I even took a swing in the gardens of this lovely home.

THE ATTRACTIONS OF MALMO 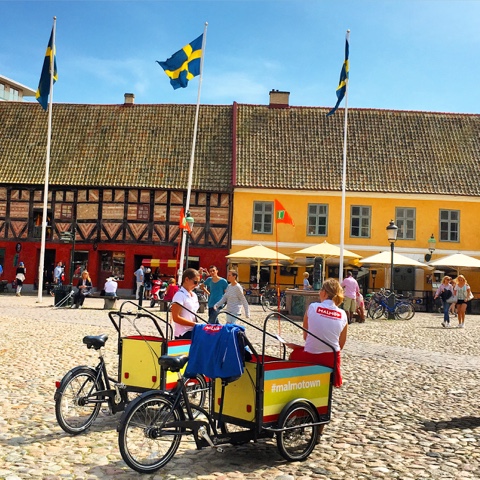 Malmo is not as picturesque as Copenhagen, but it has a beautiful old town center filled with lovely structures and a very large market square called the Stortorget Square that is now the happening place in the city.

It was a particularly fine summer day so the cafes and restaurants in Malmo’s Stortorget square were packed with people enjoying life and a couple of drinks. 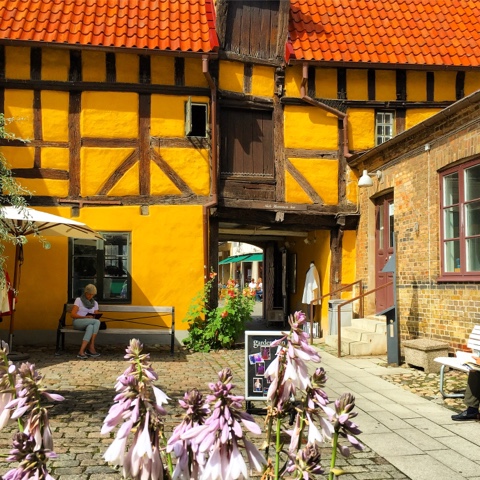 We also chanced upon summer sale season in Scandinavia so many shops in Malmo were also on sale — just like in Copenhagen — and I have to admit that my attention to history and culture got diverted slightly by the proliferation of signs for 50% and 70% discounts on summer items.

So in spite of our relatively short stop in this lovely town, I came away with two pairs of shoes, a couple of knick-knacks and even a very heavy knife block I’d been eyeing for years every time I saw it in the stores in Europe as it comes from a European kitchen brand. 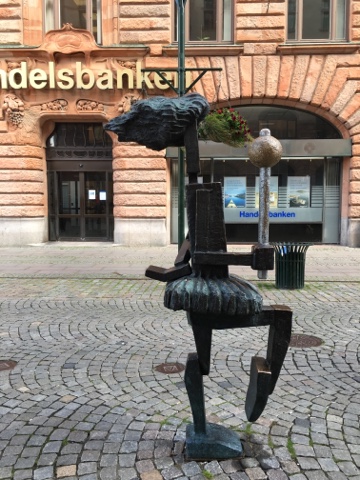 A KNIFE BLOCK
THAT WAS MEANT TO BE

In Malmo, this kitchen block was down to 50% off and this was even before the tax rebate.

So it was a no brainer to finally buy it and just find a way to stick it somewhere in my luggage — or in someone else’s. At the end of our trip, on our last day we were down to six persons and 11 check-in luggage on business class on Qatar Airways from Copenhagen as the others in our party had either left earlier or flown out on other airlines.

So in Malmo, I made the executive decision to buy now and pack later on that heavy knife block, which thankfully made it home in one piece. It’s now sitting on my kitchen counter — a happy reminder of a really enjoyable holiday to Scandinavia with friends, and all of us were living a #Travelife.