Last night in Manila, living a #Travelife, I went over to the lovely home of German Ambassador Thomas Ossowski to attend a very intimate concert of German and Philippine classics, performed on a marvellous grand piano in his living room by the eminent Dr. Raul Sunico.

Dr. Sunico is not only a world-class pianist but also president of the Cultural Centre of the Philippines and the leading authority on music in the Philippines.

It was such a nice and relaxing affair organised by Luisa Zayde, one of Manila’s truly cosmopolitan ladies of culture and a daughter of a former ambassador herself. 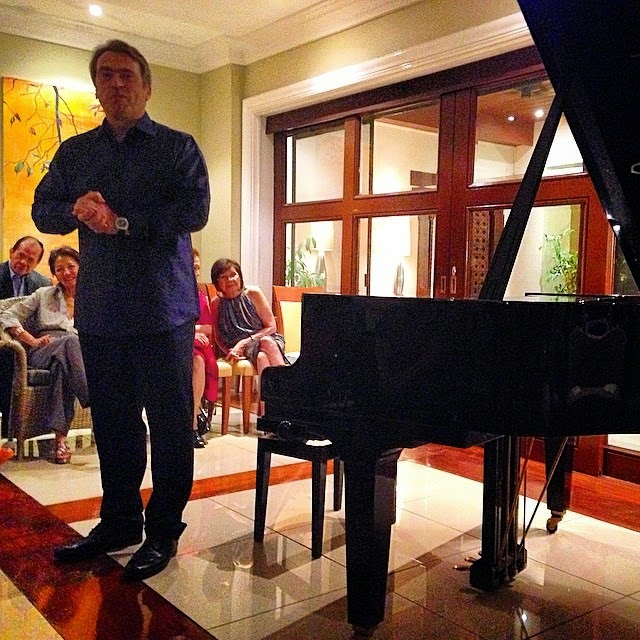 THE WHO’S WHO OF MANILA

There were no society cameras and not much dressing up as the event was informal, although the 25 people or so in the living room of the ambassador’s residence last night were among the most prominent in Philippine society.

Among the crowd was the grand old gentleman of Philippine business himself, and also a very low-key couple who are great patrons of culture and the arts.

The latter have their own amazing private museum right on the grounds of their massive home in Forbes Park.

I’d attended a formal farewell dinner for an ambassador at their home sometime back, and I’d been one of the last to arrive.

When my car drove up along their never-ending driveway in Forbes Park and I alighted somewhere in the middle of this estate with parking in the front for about 40 cars, a butler opened my door and said: “They’re still in the museum.” 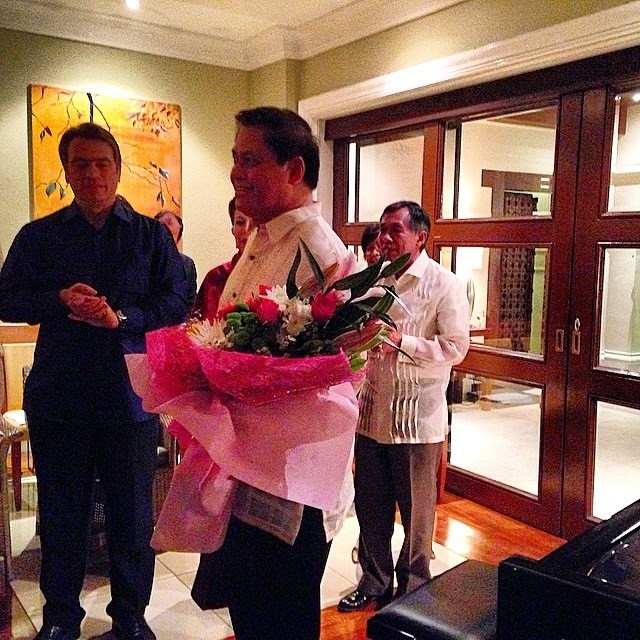 So last night, along with some real aficionados of culture, it was that kind of crowd.

What a difference a venue makes.

Listening to Dr. Sunico on such a fine grand piano in an intimate setting left us all mesmerised. The acoustics were excellent, for one, and all of us were in raptures. I swear I could feel every key he played, and wasn’t that so wonderful.

Most music lovers know this already, but let me share this tidbit for the benefit of those who don’t.

Dr. Sunico doesn’t read notes so he plays everything from memory. It really is quite amazing, and this fact was never more apparent to me than last night, sitting just a feet or so away from him, listening to his selection of pieces.

After the concert, we all stayed for drinks and heavy cocktails, which was the equivalent of dinner. We all just chilled out, talking Travel and Life, on another most enjoyable evening in my never-ending, and never-endingly eventful #Travelife.