Disconnected from reality in Myanmar 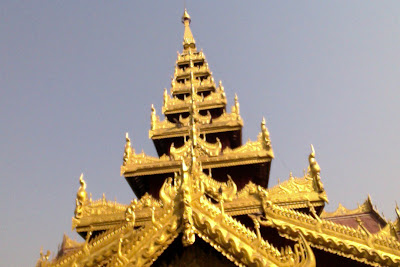 Last Friday night, I met my travel companion to Myanmar at Bangkok airport to take the flight together to Yangon; and the first thing he said to me was: “Blackberry doesn’t work in Myanmar. In fact, no phone from outside will work.”

I thought he was kidding, of course – just trying to torture me, knowing how dependent I was on my phone. There’s no place in the world that’s not connected anymore – or so I thought. But he continued: “I’m not joking. I had my secretary check and it’s true.”

Still, I didn’t believe him. But when we landed in Yangon and I turned on my phone in the terminal, to my horror all I got was an SOS signal.

“OMG. You weren’t kidding,” I said. He shook his head with an I-told-you-so look. Then he said: “Looks like it’s just you and me for a couple of days.”

NOT QUITE THE END OF THE WORLD, BUT… 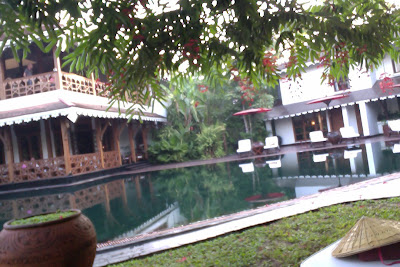 Losing a precious signal may not be the end of the world for a lot of people, but it’s a pretty big deal for us, as both of us can’t really be disconnected from reality for very long. In fact, while waiting for our flight at Bangkok airport, we’d made an assessment of the technology we’d brought with us: between us we had four phones, two laptops, two iPads and four cameras. And now we were realizing that only the cameras would work 100%.

But now, in the homestretch of my trip to Myanmar — a trip I’d been so looking forward to ever since I’d decided to go about six months ago — I realize that Myanmar wasn’t so bad technology-wise. And neither was it too bad to be disconnected from everyone for a couple of days. (This has never ever happened before, by the way…)

The disconnect wasn’t ideal, but we eventually found a decent compromise. We had no phones or Internet for the most part, but in our Yangon hotel at the start of our trip and today, back in Yangon, we had (and have) passable Internet. Yes, we’re in Myanmar’s best hotel and the even here the Internet is slow, and sometimes it doesn’t even work at all. But if you try enough times and wait long enough, you’ll eventually get the work done.

THE IN-BETWEENS WERE THE PROBLEM 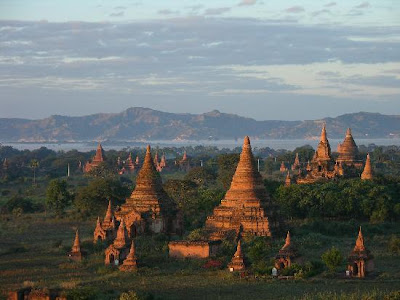 It was in Bagan and Mandalay, our in-between destinations, where things were expected to get rocky. But here was the big surprise. So in Bagan and along the might Ayurwaddy River on the way to Mandalay, Internet is almost non-existent in our situation, as we were on a moving luxury river boat; but each time we got to a major temple, there was free Internet! How weird was that?

Of course I wasn’t complaining, although it was a pain to walk around with my Mac, my SLR, and my point-and-shoot, barefoot and in the heat, around the temples. 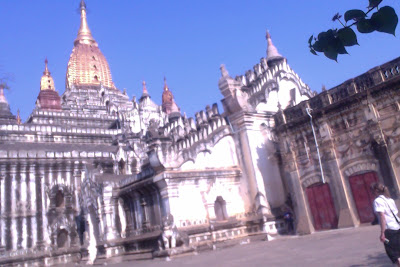 Not everyone needs to be as connected as I do, so the sight of me with all my paraphernalia, walking around the temples holding an open laptop with one hand and alternately shooting photos and typing out emails and posting Facebook messages with the other hand, was a constant source of amusement to the locals at the temples and to my fellow travelers on the Orient-Express’ Road to Mandalay river boat. 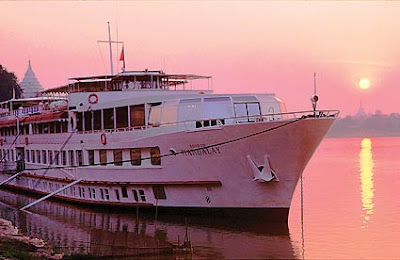 But Sam, our excellent guide who has been with Orient-Express in Myanmar since Day 1, was probably pretty used to frenetic businesspeople trying to have it all while sailing through Myanmar on the Orient-Express – meaning working as if you’re at the office, and at the same time traveling to some of the world’s last frontiers, albeit in total luxury.

He continuously clued me in as to which temple had WiFi and never blinked at the sight of me sightseeing and working at the same time. It’s hard and tedious to be walking around temples answering emails on a pretty heavy MacBook Pro — but that’s what a Travelife is all about.

Myanmar itself isn’t really far from Manila: not counting waiting time at Bangkok airport, it’s a 4.5 hour trip, so it’s very do-able. But so few people have visited it perhaps because it’s been such a closed country for so long. So tourist infrastructure is present but you can tell that it’s not equipped to handle volume.

However, I’m sure Myanmar won’t stay this way for long. It’s a gold mine of archeological sights and it’s got such an interesting and unique culture that it’s just a matter of time before the hordes start arriving.

But for now, it’s a very peaceful and picturesque land visited mostly by “been-there-done-that” people who want to see roads much less traveled. We met lots of nice people on the beautiful Road to Mandalay river boat and so far almost everyone has traveled as much as we have, if not more. More later on Bagan, shopping in Yangon and the Road to Mandalay of the Orient-Express after a swim in the prettiest swimming pool and an al fresco dinner in the loveliest garden in Myanmar. 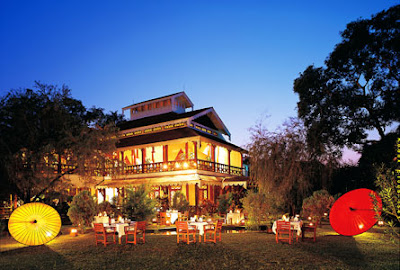 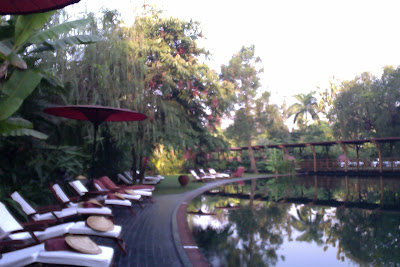