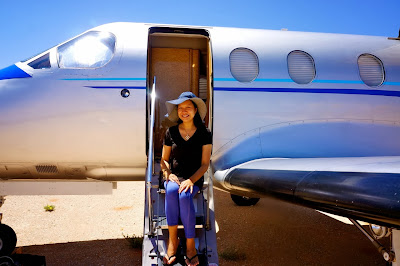 Today, flying into Kimberley, capital of South Africa’s Northern Cape region, from the middle of the Kalahari Desert, I had a really bumpy flight when our Pilatus got tangled up in an airstream.

I was actually sitting with my feet up on the opposite chair, working on my computer and answering emails.

MOVING AROUND WITH WIFI 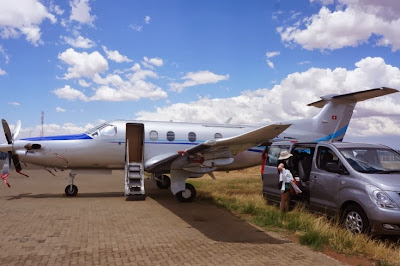 We were flying low enough for me to catch the mobile WiFi signals via a portable device I was carrying.

This portable WiFi is really handy for tooling around the Northern Cape, although it didn’t work in the Kalahari Desert, which is in as middle of nowhere as you can possibly get in this world.

But otherwise, it’s so handy. In fact, I’m writing out this blog entry in the car on the way to my next safari lodge.


TAKING A BREAK FROM THE AIRPLANE

Anyway, back to the airplane — or rather, taking a little break from it.

Tomorrow, I’m actually going shopping by helicopter, so I’m parking the plane temporarily in the hangar and I think my pilot is going to hang out by the pool.

Instead, the son of the owner of the safari lodge I’m staying at is flying me to a specialty store in his helicopter…

A BUMPY RIDE DOWN

But today, there I was in the plane, and I was focused on work, answering emails and actually ordering food from a menu for a party in Manila next weekend, when the plane started gyrating to the wind.

I swear it was like a roller coaster ride. 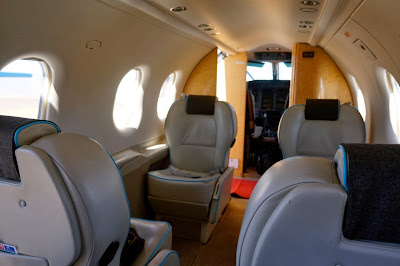 And because my seatbelt was rather loose, I actually got thrown off almost into mid-air twice.

Fortunately, I was thinking so much about my emails that I didn’t have time to get scared.

And the actual landing was pretty smooth, as my pilot Francois is an expert and the Pilatus is a great plane. 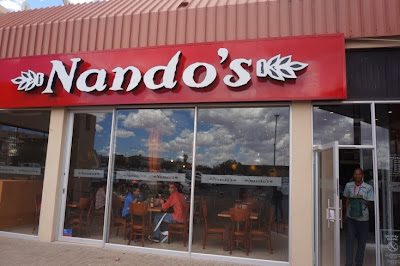 Then from the airplane, we proceeded straight to the center of Kimberley for a shopping stop and lunch at Nando’s Peri Peri, which is the favorite food of almost all South Africans.

I’d long been hearing about Nando’s Peri Peri, but I’d never gotten around to trying it during my trip to South Africa last year.

So today, finding myself arriving in Kimberley at exactly lunch time, I decided to finally head for a Nando’s. 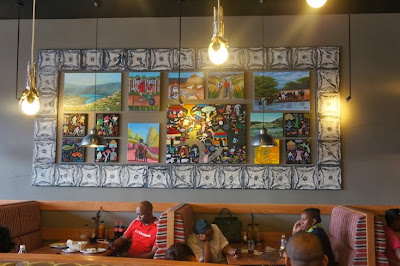 The place was full, and the restaurant had a distinctly African vibe in a stylish way, even if it was basically a fastfood joint.

I asked a South African friend: “Is Nando’s really that good?“

He nodded and answered: “Every South African swears by it. In fact, it’s so good that it’s the only thing we order if we have to stay late at the office.” 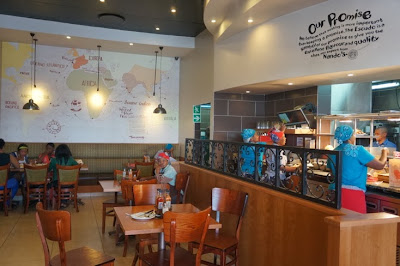 MY EYES DID THE ORDERING

That definitely got me hungry, and I ordered way more than I should have eaten. I wanted to try everything.

I got a half chicken with wild rice, spinach and feta cheese on the side, and sticky toffee pudding for dessert. 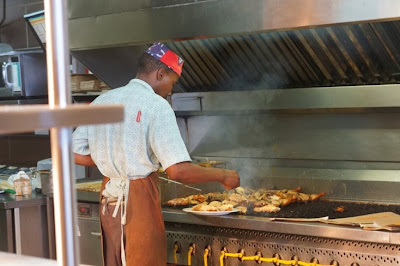 The server asked: “How do you want your chicken? Lemon and pepper, malt or spicy?“

I didn’t really know, so I asked her: “What’s the best way to have it?”

SPICY IS THE WAY TO GO

She smiled and said, “Spicy is very popular.“

So spicy, it was. And the verdict? 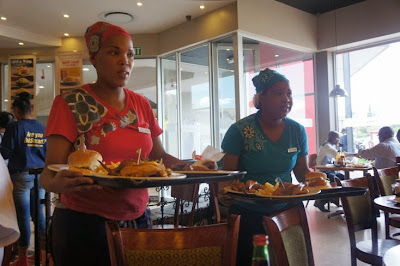 The chicken was incredibly good, and tender moist inside.

It was so good, in fact, that I was trying to figure out how to replicate it back home while I was eating it. 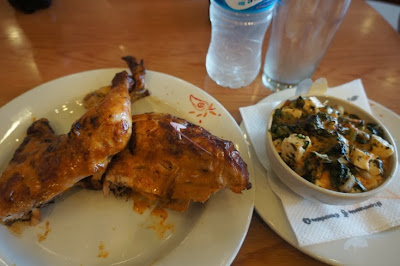 MEMORIES OF ANOTHER TRIP

And the sticky toffee pudding at the end was equally good as well.

It reminded me of the sticky toffee pudding the Travel Companion and I shared over lunch at Cape Town’s waterfront, almost exacty one year ago. 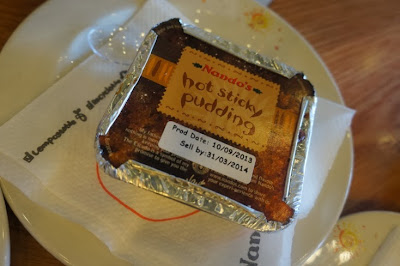 I make good sticky toffee pudding at home, too, but somehow the ones I’ve had in South Africa have a particular sweet taste and they are very wet.

It must be the sugar used here, I thought.

So, of course, after lunch, I headed to the supermarket to see what other sugar and spices I could buy, to take back home, to make peri peri chicken and sticky toffee pudding, in between my never-ending, and never-endingly eventful Travelife.