Breakfast in Vietnam, lunch in Hong Kong, and a cocktail party in Manila. And tonight I might just get a Porsche in my garage… 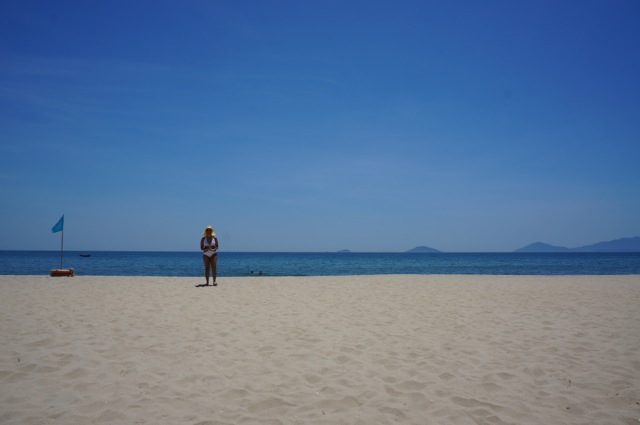 Yesterday was a typical never-evendingly eventful Travelife for me.

I began the day on a beach in central Vietnam, feasting on watermelons and passion fruit.

A NEW VERSION OF AN OLD STAPLE

Then I ordered the Vietnamese pho, which is a typical local anytime fare consisting of noodle soup. 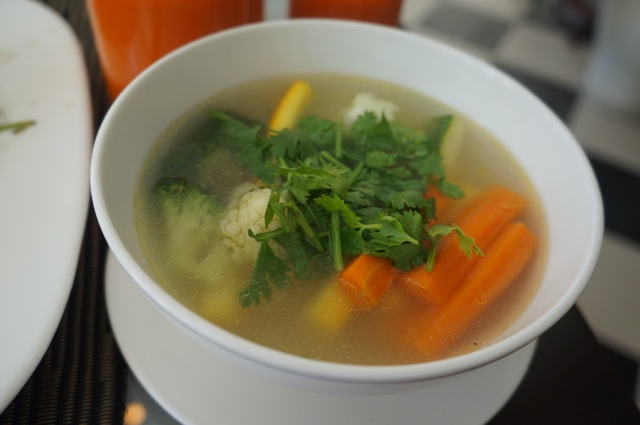 But my version is different.

And the staff at the second hotel I stayed in for this trip to Vietnam knew me well enough after the first day that they always made pho to my liking.

The hotel staff would always say: “Noodle soup but no noodles and no chicken, right? Just vegetables.“

I nodded happily each time. But they must have thought this was terribly weird.

TWO FLIGHTS AND A COCKTAIL PARTY

In meal terms, this was the equivalent of three meals:


A 2nd breakfast on Dragonair, somewhere between Vietnam and Hong Kong; lunch at the Cathay Pacific lounge at Hong Kong airport, and then a very early dinner on board the CX flight to Manila.

SMALL JOYS VIA A TV SHOW

While having my meal on the CX flight from Hong Kong to Manila, I watched the last of three episodes of Downtown Abbey’s Season 3 which was on Cathay Pacific’s inflight TV channel.

If you’ve been following this blog, you’ll know that I’m so happy and surprised that the two protagonists of Downton Abbey, Mary and Matthew, finally end up together. 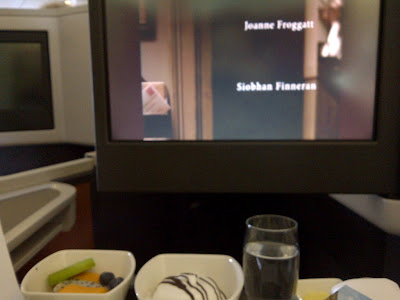 They’ve been so suited for each other from the start, but something has always gotten in the way to prevent them from actually getting together. I’d almost given up hope at the end of Season 2.

So this revelation, on board a Cathay Pacific flight, certainly made me happy. Talk about the small joys of life.

And, yes, I do know it’s just a television show…

BACK TO REGULAR PROGRAMMING 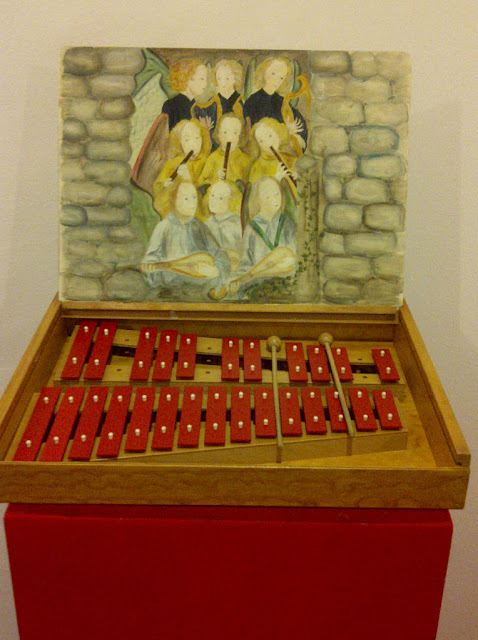 I landed at just past 5 PM in Manila.

By 7 PM, I was all dressed and at a cocktail party to launch the art exhibit of four ladies and a gentleman — and I happen to know three of the ladies, which is why I made the effort to attend.

And somewhere in between those two hours, I even managed to pass by the office to revise some of the latest layouts coming out in the next issue of Travelife Magazine. (On sale everywhere from June 15)

I was so glad I went to this exhibit because it’s such a joy for me to look at vibrant art. 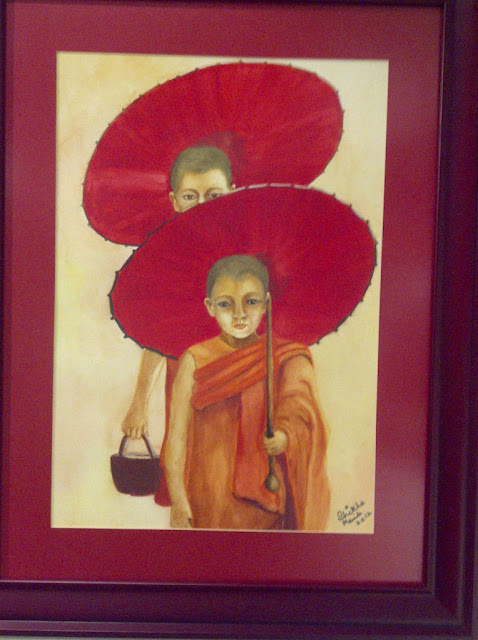 A VERY NICE GROUP PHOTO
AFTER EVERYONE HAD LEFT

And then I purposely stayed behind when most of the cocktail crowds had left, to just sit around talking with the three artists I knew. 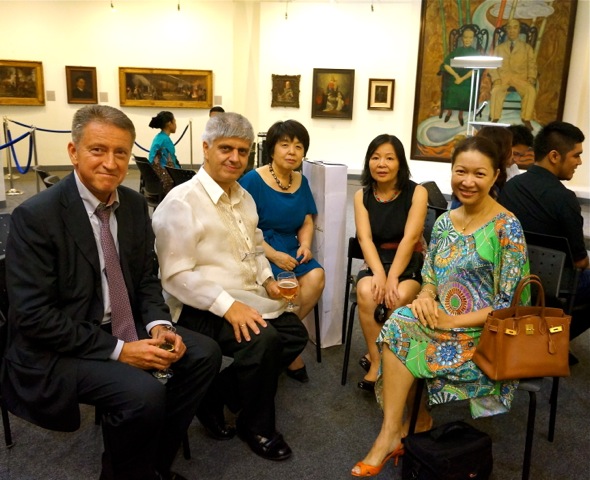 Of course, when I saw Madame Kuroda, I just couldn’t help telling her how I thought her husband is doing a wonderful job of helping to finally revitalize the Japanese economy after 20 years of stagnation and deflation.

Then of course, Bank of Japan governor Haruhiko Kuroda has a Manila connection after spending so many years at the ADB. 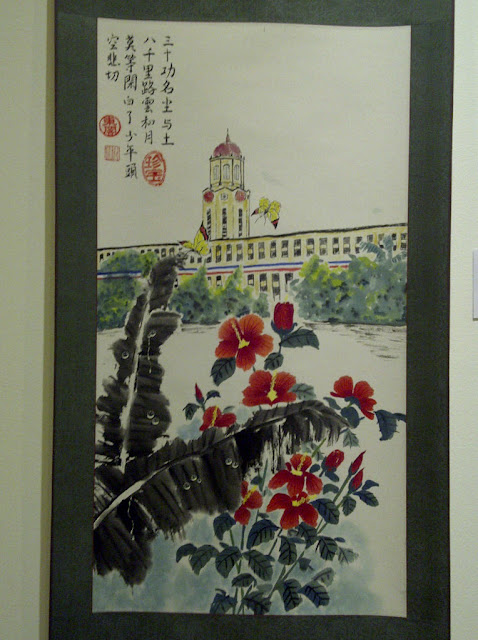 So you might say I have a very personal interest in the revitalization of Japan, and I’m so happy that things are starting to look up.

It’s been so depressing seeing a once vibrant economy go into a slow but sure downward spiral for two decades. 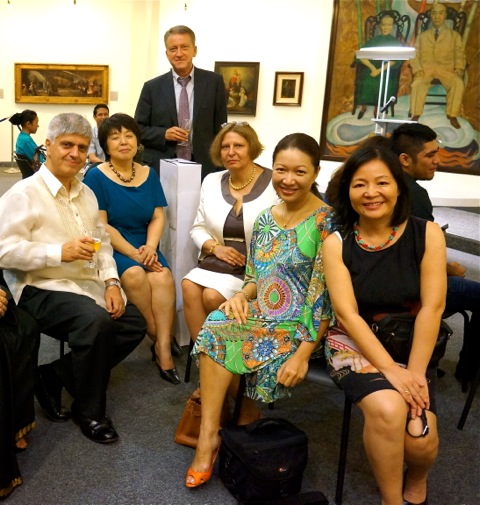 I was rewarded by my staying behind at the exhibit last night, with a very nice group photo of the three artists plus the two ambassadorial husbands and myself, looking so relaxed after most people had left.

A PORSCHE IS COMING OVER FOR DINNER TONIGHT.
MAYBE.

And speaking of groups, an equally nice group of people is coming over to my house for dinner tonight.

I am so looking forward to this, and to just chilling out and having fun. 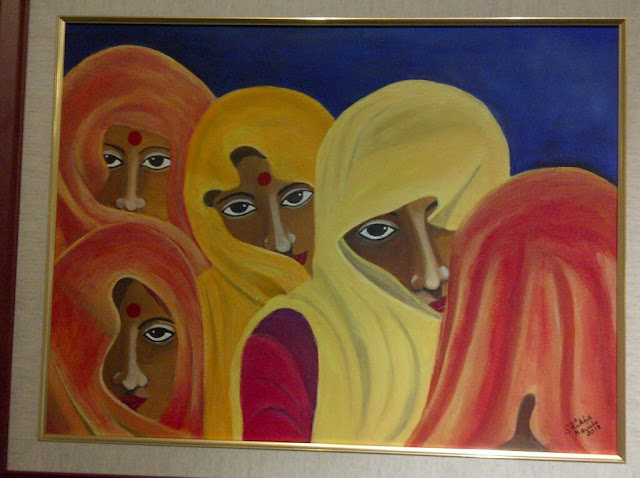 There’s even talk that one of them might bring a Porsche and leave it in my garage. Wouldn’t that be a nice way to end another day in my never-endingly eventful Travelife?

Best wishes for a most wonderful weekend ahead, from all of us at Travelife Magazine. 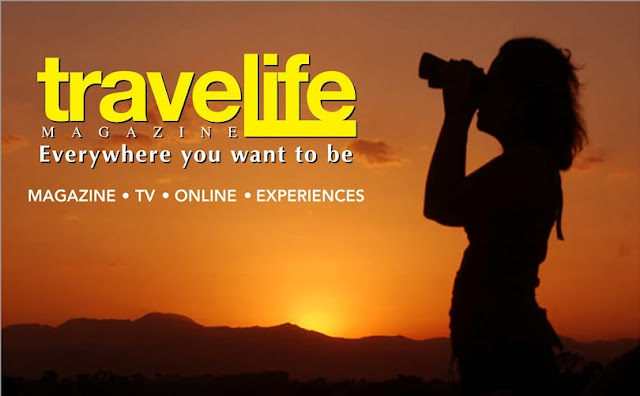