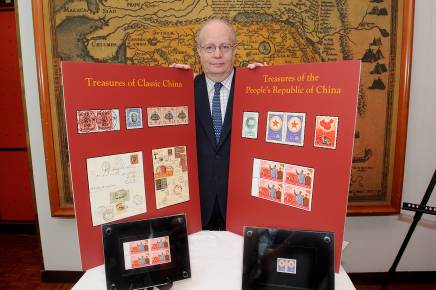 One of the largest auctions of Chinese stamps this year will be held in Hong Kong at The Excelsior Hotel in Causeway Bay from December 15-18.

The growth in Chinese stamp collecting is being fuelled by the economic growth of mainland China. Many Chinese now view stamp collecting both as a sophisticated and fashionable hobby, as well as an attractive alternative investment. 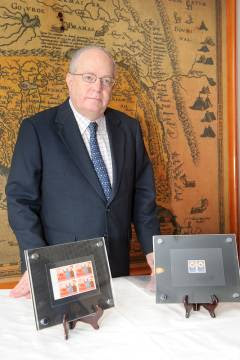 Dr. Jeffrey Schneider, an international expert in Chinese and Asian philately, said: “Philately has a special place in Chinese culture, with rare stamps regarded as important cultural icons and treasures, just like art, and thus fiercely competed over.”

There has been a dramatic increase in the value of Chinese stamps recently. Many People’s Republic stamps, for example, have increased in value by 200% or more over the last decade.

HIGHLIGHTS OF THE AUCTION
THE WHOLE COUNTRY IS RED

This stamp, which was withdrawn almost immediately after its issuance in November 1968, shows the island of Taiwan in white in contrast to the red-colored mainland. Interestingly, this is reportedly the reason why this stamp was withdrawn.

The 1967 unissued 40th Anniversary of the Jinggangshan Revolutionary Base will also go on sale. The latter is popularly known as “Blue Heaven,” and it’s the rarest stamp of the Cultural Revolution (presale estimate HK$3,000,000-3,500,000).

The sale will also feature rare stamps of Classic China. Major rarities include a recently discovered small figures 2c black-green surcharge from the 1897 Red Revenues series – the most popular Classic Chinese stamp issue and only the third recorded example of this major rarity (presale estimate HK$1,000,000-1,200,000).